Our Christmas fundraising campaign begins today. Our goal is 5000$. I know we can do it.

I ask a few moments of your time to explain why you should consider giving a special gift to Quebec Life Coalition this Christmas.

Quebec Life Coalition works day-in day-out, to make abortion and other attacks on human dignity unthinkable. We do it because God calls us to do it, full stop. We have accomplished much with your help, and plan to do more next year. But more on that in a moment. For now, let me tell you what we did together this year:

Click here to give today to Quebec Life Coalition >>

All this would have been impossible without your regular and generous financial aid. Could you take a moment to give today? >>

As for next year, we plan on building on this year's achievements by :

We thank you for your support - and we hope, especially with the holiday season, that you'll be able to show us strong support with a special year-end gift.

Give now to Quebec Life Coalition >> 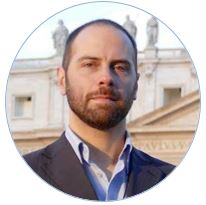 Christmas is nothing without Jesus, born in a manger to save us. Similarly, Christmas is not the same without children. But every year in Quebec, 30,000 children are deprived of their chance to celebrate Christmas, their lives having been brutally cut short by abortion.

Thank you for continuing to give us the means to defend these children and so to bring the joy and hope of Christmas in the homes of this province.

"We refuse to compromise our principles. It's our duty to defend human dignity, however that may irk Father Gravel" states Georges Buscemi, president of Campagne Québec-Vie (CQV). The Joliette priest accuses CQV of having damaged his "dignity, honour and reputation." The popular priest is claiming $500,000 in damages.

CQV, via its president, is calling on all Quebecers and Canadians at large who value human life from conception until natural death, as well as freedom to speak the truth about life and family, to contribute to its defense fund. Buscemi remarks that many people have been "let down" by the priest thoughout the many years he has been in the French media spotlight. "We're calling on all those people who have written to us to share how scandalized they were by Raymond Gravel to send us a donation so that we can fight this lawsuit on their behalf, but especially on behalf of the unborn and the vulnerable targeted for euthanasia."

An executive summary of the defense of LifeSiteNews, which is also named in the original lawsuit (in English).

Quebec Life Coalition thanks everyone who can donate whatever amount to its defense fund and help stop Gravel from intimidating pro-life groups in Quebec. For Life and Family !

A 40-Day Anti-Abortion Vigil kicks off Tonight in Montreal

The 7th edition of a twice-a-year international prayer vigil for the end of abortion is kicking off this evening at 7pm in Lahaie Park (at the intersection of Saint-Laurent and Saint-Joseph boulevards), across the street from a Montreal abortion clinic.

Along with 257 other cities across the world, this "40 Days for Life" vigil, which will take place at Lahaie Park daily from 7am until 7pm from February 22nd until April 1st, aims to peacefully and prayerfully inform the public at large about the damage abortion has done to society.

Organised in Montreal by the Quebec Life Coalition (QLC), this year's vigil coincides with a new abortion defunding initiative spearheaded by QLC. This initiative will run alongside the 40 Days for Life right up until April 30th, the end of the tax season. 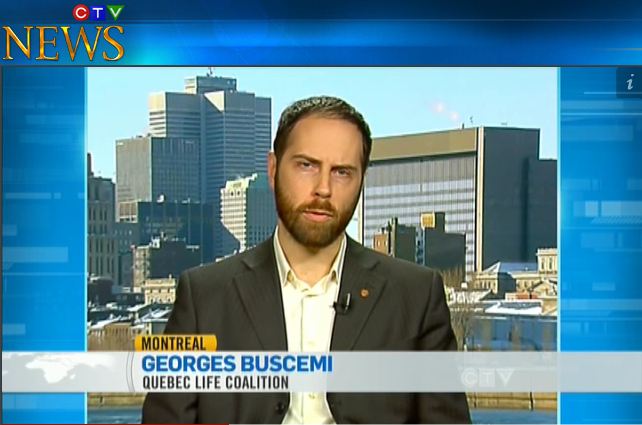 ...On the National Affairs show on CTV. You can watch the video here.

We at Quebec Life Coalition warmly welcome the steps taken by the Honourable Member of Parliament for Kitchener Centre, Mr. Stephen Woodworth, to introduce into parliament a private member’s bill to re-examine the status of the unborn child as defined in section 223 of the Canadian Criminal Code.

We agree with his press release of December 21, 2011, in which he mentions that the Criminal Code definition of “human” is based on a 400-year old statute. This clearly inadequately reflects 21st medical science regarding fetal development and laws based thereon need to be rewritten.

We also agree with Honorable Stephen Woodworth’s statements made in a February 6, 2012, press conference in which he stated that parliament needs to consider the principles which govern the human rights of the child in the womb in light of 21st century science.

Moreover, medical science is corroborating the harm that abortion is having on our society. First, a growing number of studies are showing how women are being maimed physically, emotionally and psychologically after having undergone an abortion. Second, science is also revealing how the infant in later stages of development suffers too in the moments prior to its death at the hands of the abortionist.

Hence, we welcome the proposal from the Honourable member of Parliament for Kitchener Centre that the House re-examine the status of the unborn in the light of contemporary medicine and ethics. 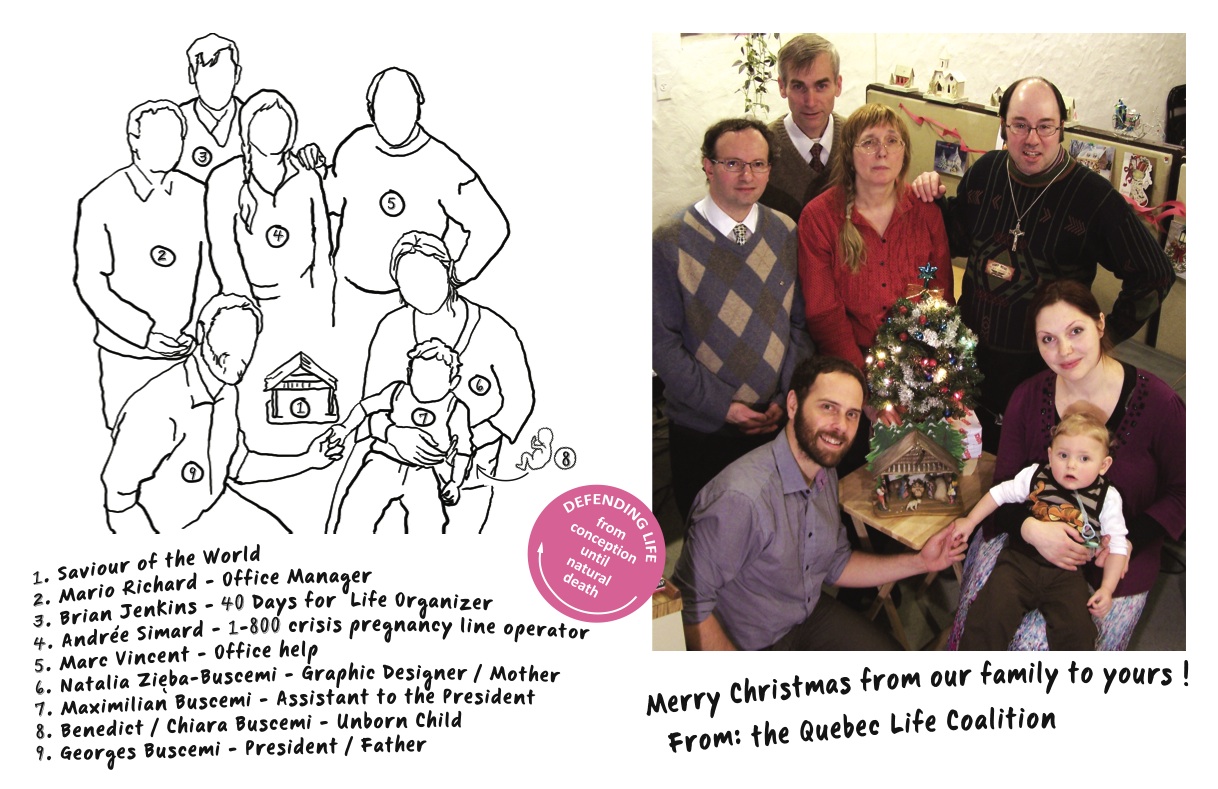 Your prayers, your volunteering and your donations are giving Quebecers a reason to Hope. From all of us at Quebec Life Coalition, thank you for defending the unborn child.

Campagne Québec-Vie (also known as Quebec Life Coalition), the Quebec division of national pro-life group Campaign Life Coalition, will be presenting a 400-signature petition demanding a « top to bottom » reform of the catholic organisation Development and Peace (D&P)to the bishops assembled for their annual meeting beginning on October 17 in Cornwall, ON.

Development and Peace, an organisation established by the bishops of Canada in 1967 to help the poor of the Third World, has been accused by pro-life and pro-family groups of funding pro-abortion, pro-contraception and homosexualist organisations. The bishops of Canada have of late created a standing committee to oversee D&P’s work.

The petition demands a « reform » of Development and Peace, asserting that « Development and Peace funds agencies in the developing world – in Mexico, Latin America, and Africa— that promote abortion, contraception, and ideologies that run counter to the teachings of the Catholic Church » and expresses a fear that « only the tip of the iceberg has been exposed ». The petition concludes with a demand that the bishops of Canada « review from top to bottom the mandate and the organisation of D&P, so that D&P may accomplish its task of mercy and justice on behalf of the poor in light of ALL the teachings of the Church, particularly those concerned with the sacred character of human life and procreation. »

An online version of the petition may be found here.

Campagne Québec-Vie president Georges Buscemi, who will be delivering the petition in Cornwall this Monday, remains optimistic about finding a solution to the problems plaguing Development and Peace. « The answer » he believes « is found in pope Benedict XVI’s latest encyclical Caritas in Veritate, which states that ‘openness to life is at the centre of true development’ (section 28)» Buscemi believes that « this is a perfect statement to guide the reform of Development and Peace » and that « if Development and Peace wants to truly help the Third World develop, they should be promoting respect for life and openness to life in the Third World, especially when we consider how secular NGOs are showering the Third World with pro-abortion propaganda and condoms, to the detriment of Third World nations and cultures. »

Campagne Québec-Vie’s French language page dedicated to the Development and Peace affair can be found here.

The Quebec-Life Coalition is proud to present its "Coins for Life" campaign. Available to both individuals and church communities, this handsome presentation not only attempts to raise much needed funding for our various projects but also spread the pro-life message.

Our primary target is faith based communities. By promoting "Coins for Life", Churches assert their support for the long standing Christian tradition of coming to the aid of the weaker members of our society. Boxes may be distributed after the service and then brought home.

Once in the home, individuals can periodically insert their loose change. When filled, these handsomely decorated laminated boxes, covered with pictures and information pertinent to the unborn, are returned to the church. There, a representative from the Quebec Life Coalition will come by to pick them up.

In additon to its use as a fund raising tool, the "Monnies for Life" box has an educational component. First, discretly placed within the home, or at the office, its colored images of the unforn at varying stages of its development are eye catchers, stirring wonder in the beholder. This will draw the viewer to examine it more closely and present him or her with the second, though starker, educational aspect: the most recent abortion statistics in Quebec.

In sum, the "Coins for Life" campaign is an ideal way to foster a Culture of Life in Quebec. One of the sides of the box specifies the mandate of the Quebec Life Coalition and encourages the recipients to place their names and addresses thereon so as to participate with us in this all important campaign of fostering life. Subsequently, we will mail them our monthly newsletter so that they remain informed of not only our projects but also of the latest news in the pro-life movement, within Quebec and elsewhere.

Each image shown below represents one of the facets of the box.  Simply click on one of the images in order to enlarge it; though written in French, English boxes are available.

Further information about this campaign or to get your own "Coins for Life" box, please do not hesitate to contact us.