I trust you have had time to catch your breath!

I have and so am writing to thank you for your support during this past 40 Days for Life prayer vigil for the end of abortion!

From everybody here at the Quebec Life Coalition, a very sincere thank you for participating in this prayer vigil.

You experienced a lot. First, the weather was capricious. For the first four weeks, all was balmy, idyllic in many respects. Yet week five presented an entirely different face - steady rain and strong winds. In particular, the Thursday was a combination of the two while the Friday, no rain but VERY strong winds. Thanks to the herculean efforts and cunning of many, our banner was kept from soaring away and its message prevailed – “Pray for the End of Abortion.”

Also your psychological mettle was tested in a couple of ways. First, on the eve of the vigil we were surprised to find the vigil location entirely inaccessible - a six-foot high fence stretched around its perimeter. The municipality had decided to begin park renovations that very day! Yet Divine Providence provided a new location, one which I think afforded new graces.

The second test came about from this new location. Not only were we closer to the pedestrian and other traffic (facilitating exchanges) but also to the clientele of the abortion mill. Many of you shared with me your malaise about seeing the girls enter and leave the mill, particularly the latter. Some of these young women showed obvious after effects as they walked away.

A case in point was Jessica, a young woman in her early twenties and 17-weeks pregnant, keen on carrying through with her abortion.

Was God’s hand working to save mother and child? Through various circumstances, I thought so as she met with us not once but four times prior to her abortion! We had ample opportunity to share the pro-life message as well as offer support – legal, material ... Yet, she was unswayed by our efforts to convince her to carry her unborn child for the full term.

Even the day of the abortion, accompanied by her mother, she came by our site and then accompanied two of us to a coffee shop. Our last minute plea of support fell on deaf ears.

She even dropped by after her procedure. At this time, I was struck by the change I saw in her temperament. Her initial simple disposition was usurped by an impatient, unsettled one. Please keep her in your prayers as she deals with her post-abortion turmoil. 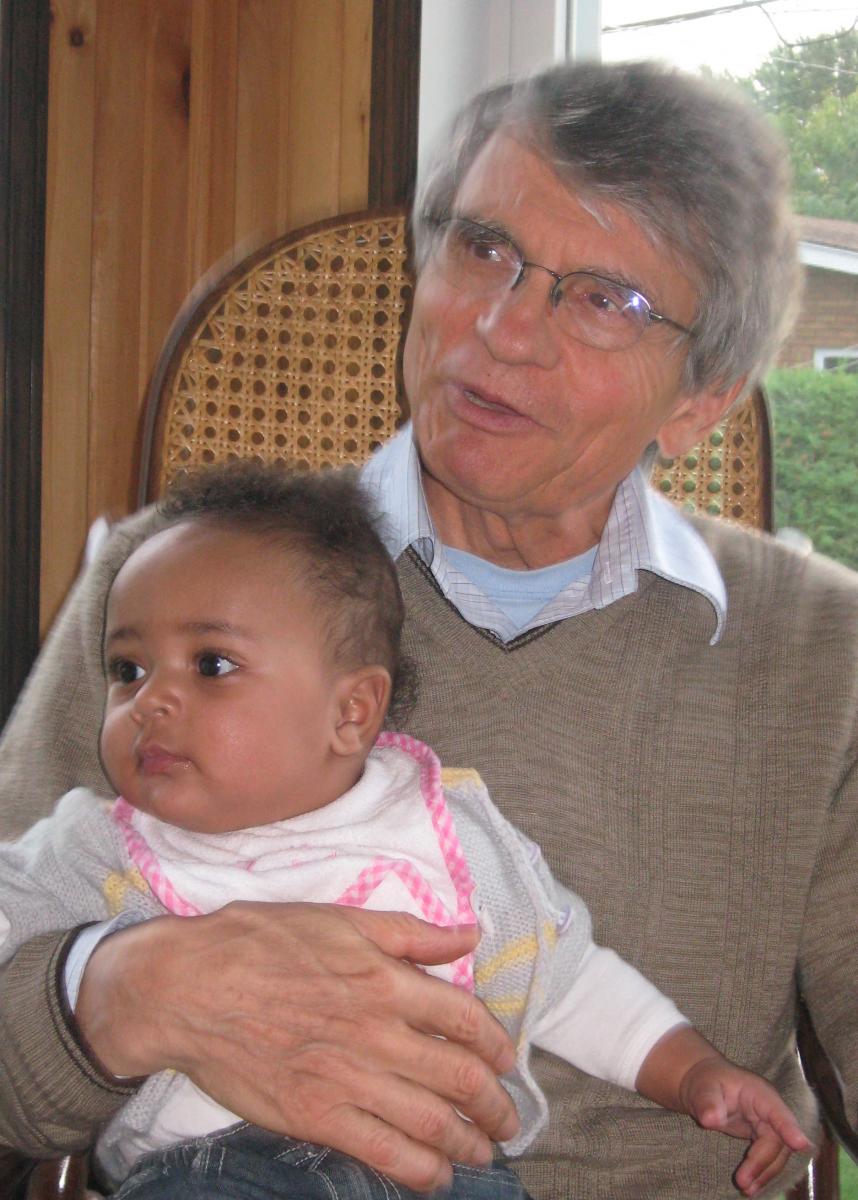 This event contrasts quite distinctly with a similar scenario that occurred the previous fall. At this time, Floriane left the abortion mill and crossed the street to seek our help. It was a blessing befriending her and the child’s father. Our actions were rewarded this past March 18 as she gave birth to little Lucas, seen here with one of our prayer volunteers.

Those of you who've walked and prayed along Saint Joseph Blvd., and those of you who participated in your own ways elsewhere, have gained some powerful experiences over the past seven weeks. Hours of praying, fasting, counselling, and discussing with persons opposed to the pro-life message have all contributed to an faith enriching experience.

So, thank you for without you, there would be no 40 Days for Life. 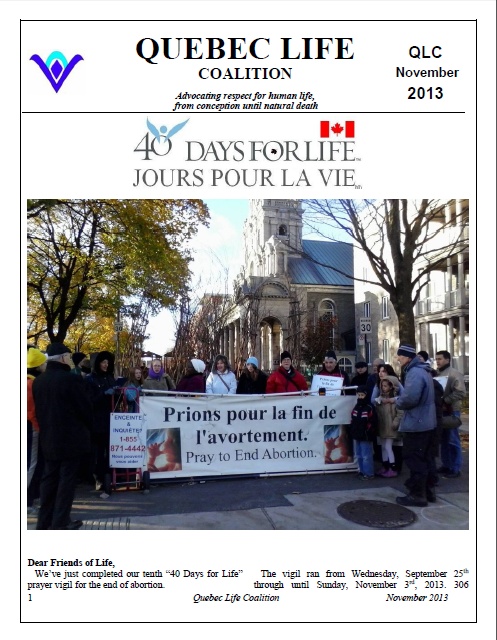