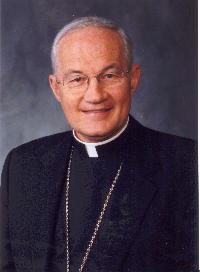 2009 March will be 11th year event has taken place - much larger crowd expected
By Thaddeus M. Baklinski
OTTAWA, February 10, 2009 (LifeSiteNews.com) - The annual Canadian National March for Life, to be held on Parliament Hill in Ottawa on May 14, has for the first time in 11 years received the full support of the Canadian Conference of Catholic Bishops (CCCB).
A proposal by St. Catharine's Bishop James Wingle at the bishops' annual plenary last September for a mass mobilization of the clergy to attend the March for Life received strong support from Quebec Cardinal Marc Ouellet and Ottawa Archbishop Terrence Prendergast. CCCB president Archbishop James Weisgerber of Winnipeg also observed that well over 50 bishops and hundreds of priests attend the National March for Life every January in Washington, DC.
Archbishop Weisgerber said “We want to support it because it is a good thing,” and indicated that he will encourage his brother bishops and the clergy to become involved, “especially people from the region so that the march becomes quite a lot larger.”
Jim Hughes, president of Campaign Life Coalition, which organizes the annual March for Life, was delighted with the news of the bishops' support.
“That’s powerful,” Hughes said. “That’s probably the best news I’ve heard in 2009. It’s always wonderful to have the spiritual leadership and support of the bishops of Canada and we welcome this initiative on their part and we look forward to a long and growing relationship with them.”
Archbishop Weisgerber designated Archbishop Prendergast, who was the first Canadian bishop to attend the March for Life last year, as the coordinator for the bishops' initiative.
The 2009 March for Life, given the sobriquet "Exodus 2009," in recollection of the 40 years Israel spent wandering in the desert before reaching the Promised Land, will mark 40 years since the omnibus bill of Pierre Trudeau which decriminalized abortion in Canada and allowed the destruction of over 3 million lives since the bill came into effect in May 1969.
Mary Ellen Douglas, national coordinator for Campaign Life Coalition, said she was very pleased to hear of the initiative of the bishops.
"I'm delighted that the Bishops are taking a proactive stand to ensure that as many people as possible attend the 2009 March for Life on Parliament Hill," Douglas told LifeSiteNews. "We hope and pray that this 40th year will mark the end of the killing. We've been in the desert of the culture of death for forty years and its time to come to the promised land of the culture of life.
"Neil McCarthy, communications director for the Toronto archdiocese, said his diocese will have a strong presence at the March.
“The March for Life provides an ideal opportunity for the Catholic community to come together in support of life,” McCarthy told the Catholic Register. “Archbishop (Thomas) Collins will be attending this year's march and the Office of Catholic Youth will be organizing buses to Ottawa."
Source: Lifesite