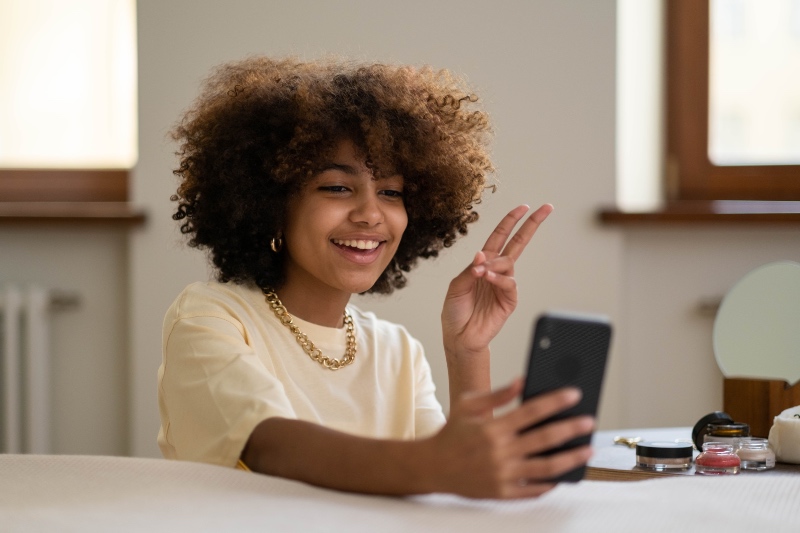 Young African influencers are being encouraged to reduce their own population at the International Conference for Family Planning  —Photo : Pexels.com

By Joanne of Arc for Quebec Life Coalition

The International Conference on Family Planning (ICFP) was a 4-day event which happened in Thailand this year.

The ICFP took place between November 14 and November 17 in Pattaya City, Thailand at the Pathaway Exhibition and Convention Hall (PEACH). It is said to be the “largest scientific conference on family planning” in the world. The conference was organized by John Hopkins University on behalf of its Bloomberg School of Public Health, Bill & Melinda Gates Institute for Population and Reproductive Health Institute.

Although minors could not attend in person, it was available for anyone who would like to participate virtually as there was no age restriction for online attendance if a parent or guardian would sign a waiver. Their website advertised the event as more than a conference, but a “platform, movement & community”. According to their site, more than 125 countries participated and their community counts over 40 000 active members.

Amongst the ICFP’s main sponsors we could find the Bill & Melinda Gates Foundation, the World Health Organization(WHO), IPPF, Pathfinder, Women Deliver, United Nations and the government of Canada.

Their opening ceremony started with a dance show depicting demons, quite literally. The host for the ICFP 2022 opening session was Dr Tlaleng Mofokeng, the United Nations Special Rapporteur on the Right to Health. She explained that this “incredible performance” was “an episode from the play on the epic of Ramekin. It depicts the  royal battle between Rama and Laksman on the one side and the Tosca & the demon of king Lanka on the other.” She explained a short story about the battle and concluded “Tosca retreats into Lanka with his army of demons.” and proposed a round of applause for this play.

This performance was followed by a promotional video that promoted the coming of “another world” where “women and men can choose whether & when to have children”, “adolescents and youth have access to contraceptives”, “childbirth is safer for women & babies” and “everybody deserves access to family planning services & products”, in other words abortion and contraception. The belief that was reinforced throughout their promotional video of the opening ceremony and the entire conference was that “without family planning there is no universal healthcare” as their theme for this year was uniting family planning and universal health coverage as “human rights”. 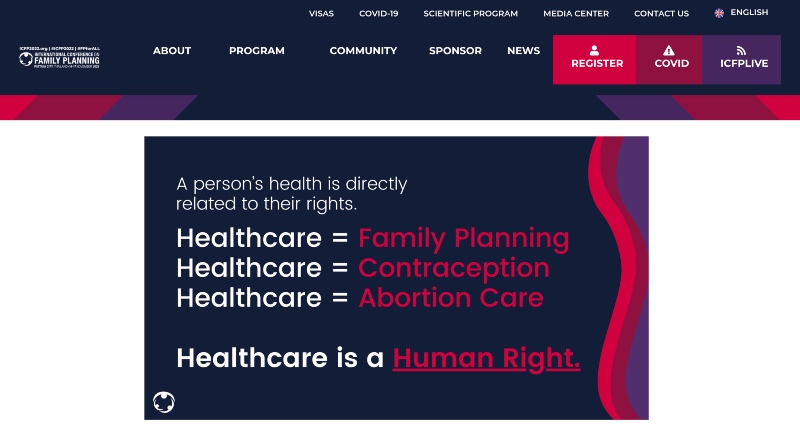 The core purpose of the conference to control population growth could be observed from the moment of introduction when the minister of public health in Thailand, Dr Sathit Pitutecha spoke about two “achievements” and waited for applause after he announced the following:

Then, amongst their Live Program schedule, we could find a conference titled “Let’s Talk About the Elephant in the Womb (Aka How Storytelling Reduces Abortion Stigma)” which was targeted at young African influencers that could help reduce population control in their own continent by promoting “abortion care” to their social media followers.

In this segment Andrea Fearneyhough shared her passion for being “pro-choice” and her privilege to have worked on “safe abortion” for the last decade as well as the stigma that still exists around the topic of abortion in society today. Andrea Novella spoke about the importance of storytelling when it comes to “breaking the silence” on the topic of abortion and introduced us to two “nano” African influencers from Nigeria that would advocate for abortion and that PSI has begun to work with. 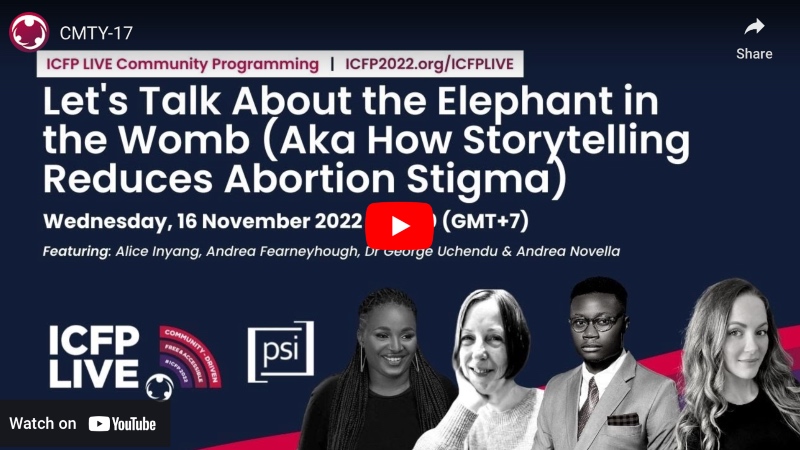 Andrea Fearneyhough explained why PSI has chosen to work with people who have a more intimate following. She said, “We work with them to identify, shape and deliver their stories about why they believe Nigerian women and adolescent girls need better access to safe and legal abortion care”. The campaign is called Stop The Judgment”.

One of their top influencers on the campaign is Dr. George Uchendu, a Medical Doctor from Nigeria who also works for PSI. This is what he shared through his video appearance: “Our religious and cultural belief are very strong especially on issues that regard abortion” “I got into medical training (...) and I began to see things for myself, I began to see most importantly how that singular decision surrounding termination of pregnancy could either make or mar the life of a woman. I saw women who lost their lives as a result of that decision, and I saw women whose lives were saved as a result of that decision, and all of this shifts my thoughts & opinion. It became very personal for me.” 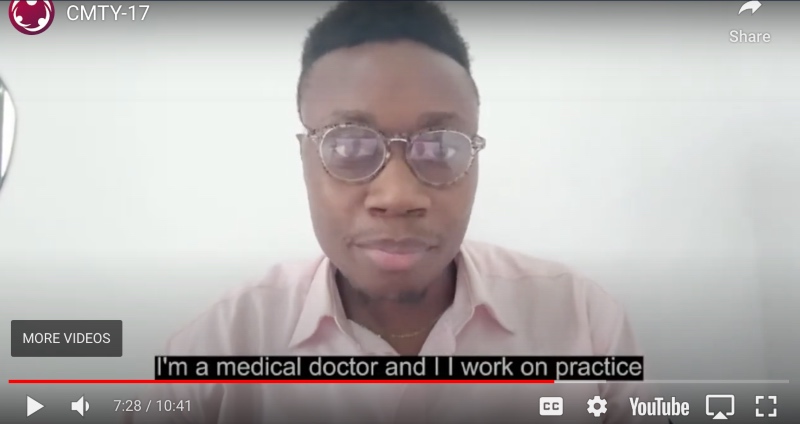 Dr. George Uchendu, a Medical Doctor from Nigeria, an influencer for abortion and population control in Africa. —Photo: Youtube screenshot

“Africa has 44 states, normally people are religious and practicing, but there is also a big influence of the West that launches projects and campaigns for abortion. Africa has always followed tradition, but there is a great influence of the West that is clearly visible. It is necessary to think about how to go against these currents, as they are strongholds. It is important to look for a method, without abandoning journalism, but that would actually make a change. The state has its own means to advance their agenda. We need our own. They do not back down, even when they lose, they say that they have not lost, and they continue their agenda.”

We can clearly witness how young people are being encouraged by organizations like PSI to spread the narrative that abortion needs to be part of the medical care in Africa and being rewarded for it. 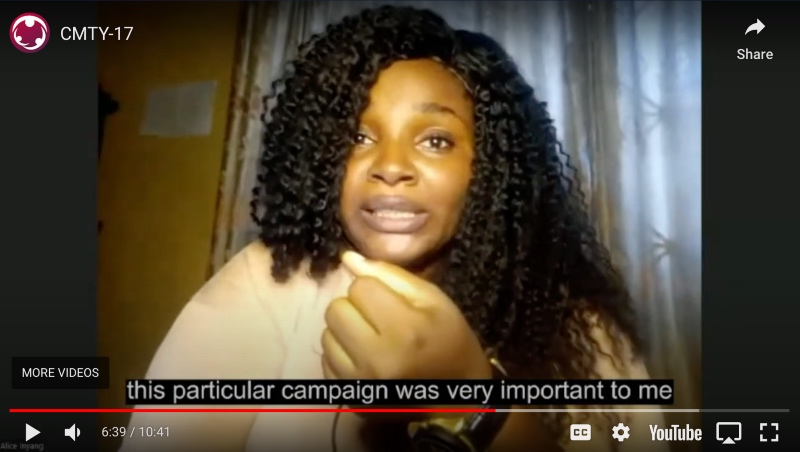 The second influencer introduced on the panel was Alice Inyang a paralegal and podcaster from Nigeria. “This particular campaign was very important to me, because it’s more of a personal decision, than just being morally right or wrong,” she shared. In a second video she said, “I think it’s time for abortion care to be part of medical care in Nigeria, and in Africa basically so we save lives and make people better”.

When prompted if saving lives meant pushing for abortion, African priest Fr. Ateba said: “It’s part of their ideology… to indoctrinate Africans and tell them that abortion is the medicine they need”.

Young african people are being indoctrinated and used by organisations like PSI to further their population control agenda and told that they are empowered, because they get to “share their story”, but is it truly their story?

Treasure Your Pleasure was another conference presented on the schedule of ICFP with Anne from The Pleasure Project and Mahmoud Garga, Lead of Communication at the International Planned Parenthood Federation in the Africa Region. On their website we can read that “Talking about pleasure, desire and good sex is the content that young people repeatedly call for.” The IPPF defines young people as individuals between the ages of 10 and 24 for whom this presentation was designed.

Their video manifesto shared quotes like “Good sex is a flex” or “Male, female, neither or both, everyone who wants it deserves sexual satisfaction” and finally “maximum enjoyment is the name of the sex game”.

Mahmoud claimed that they were tired of presenting information based on “fear, STIs and unwanted pregnancies”. He also said that “most people have sex for pleasure so why not embrace and celebrate that?”. They wanted a “campaign that is self-positive, based on human rights messages” as he said.

In conclusion, this 4 day-event sponsored by the Canadian government and the Bill & Melinda Gates Foundation amongst others has proven to be an operation to control yet again Africa’s population by tricking its own people into thinking that they are saving lives, when they are in fact promoting the opposite with every new campaign the ICFP and its sponsors come out with. The younger generation of Africans is becoming indoctrinated, rewarded and financially compensated by organisations who have one goal in mind: to reduce the population of Africa as they have been for the last two decades or more. Coincidentally, articles from all media have come out the same week about the world’s population surpassing 8 billion people according to the United Nations and that until 2050 more than half of newborn people will be coming from Africa, according to the article on En-Vols.

« Thank you for your ministry. My prayer is that it grows in the name of Jesus. It's beautiful to see people stand up for Life ! » --Émilie
Give to Quebec Life Coalition
euthanasia ICFP 2022 International Family Planning Conference Thailand Population control