While attending this past Saturday's Springtime March protesting the Quebec government's plan to permit euthanasia, I eerily felt I had been transported to Holland.

First, the lanscape was awashed with tulips. Among the more than 1500 gathered on this sunny day to march from the Plains of Abraham to the National Assembly, I arrived at the legislature to be greeted by beds of tulips.

The walkways along the font lawn leading to the provincial building had been decorated with several beds as had the fountain with a ring of red tulips circling it.

Could there be a better symbol for this European country? 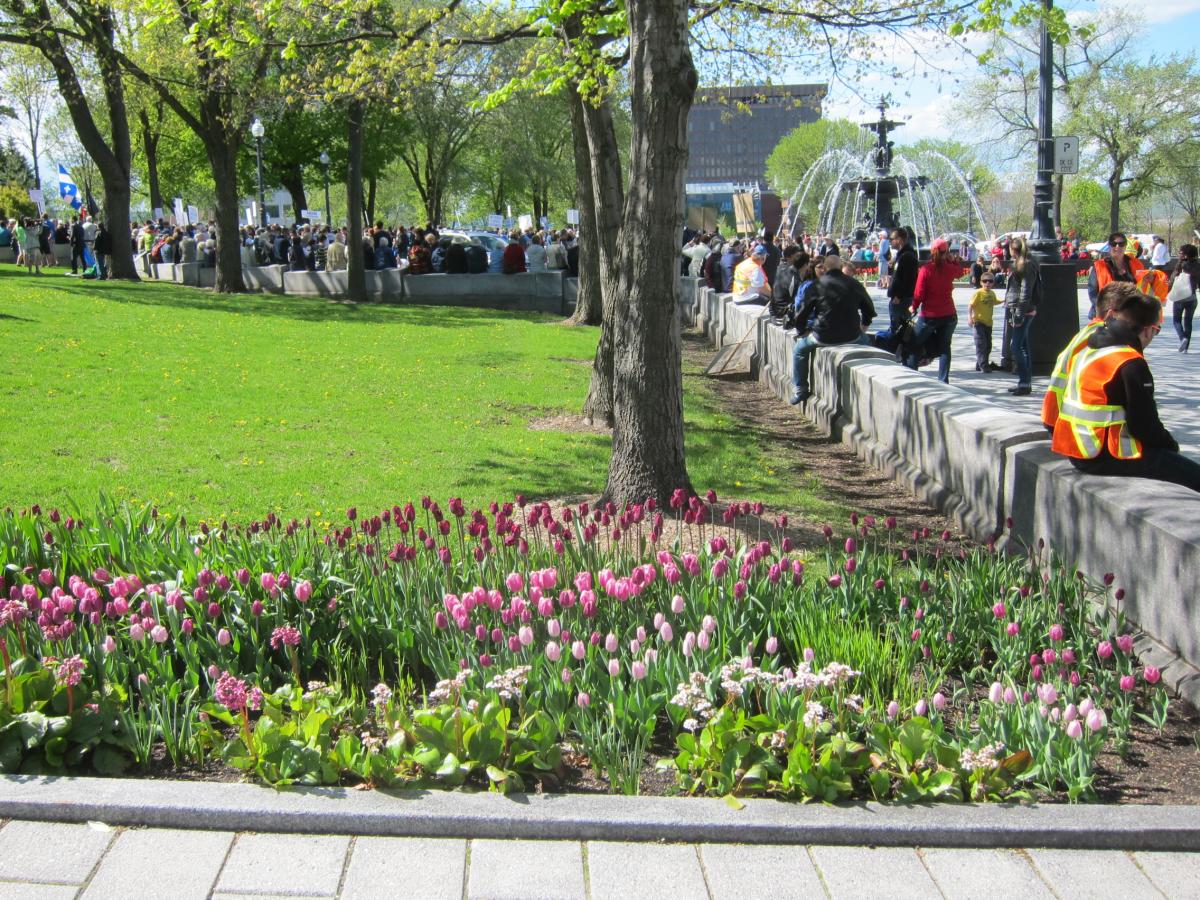 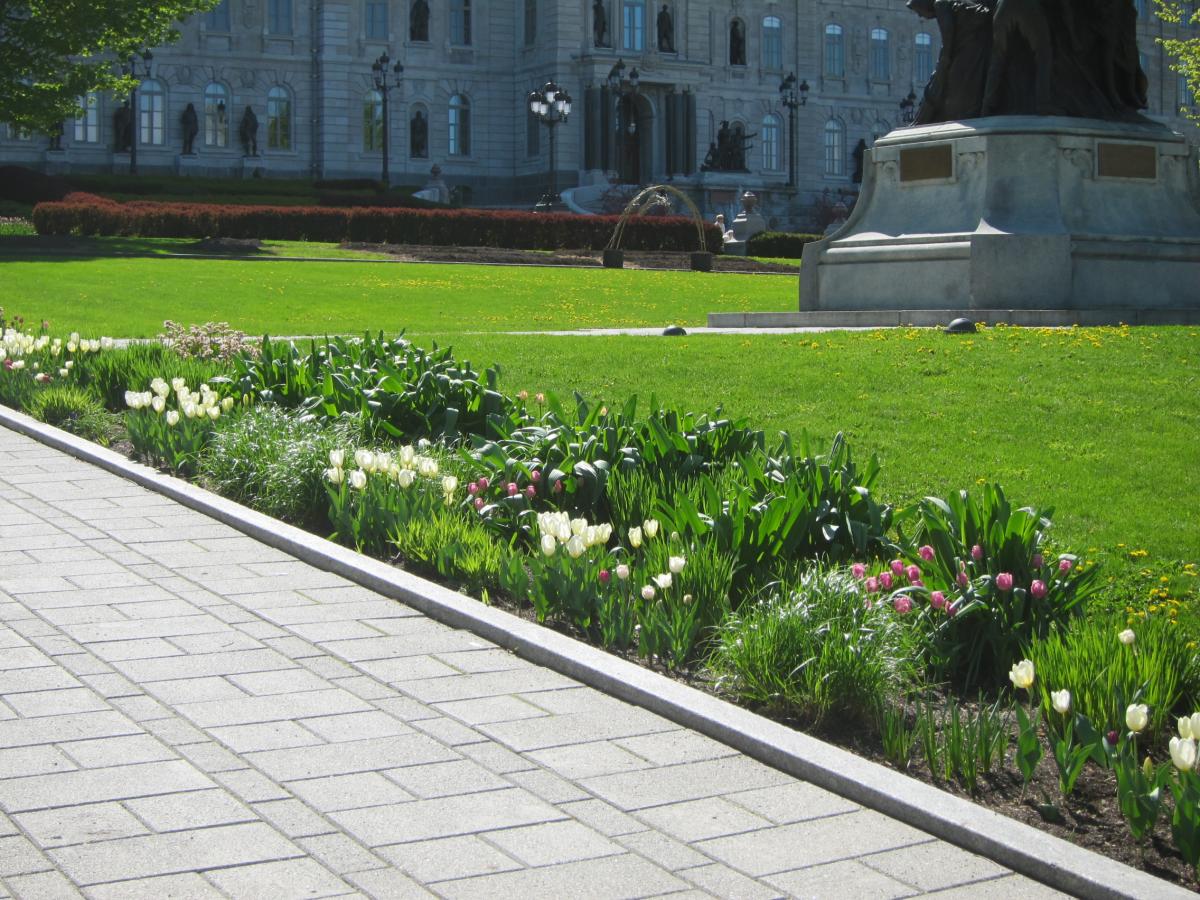 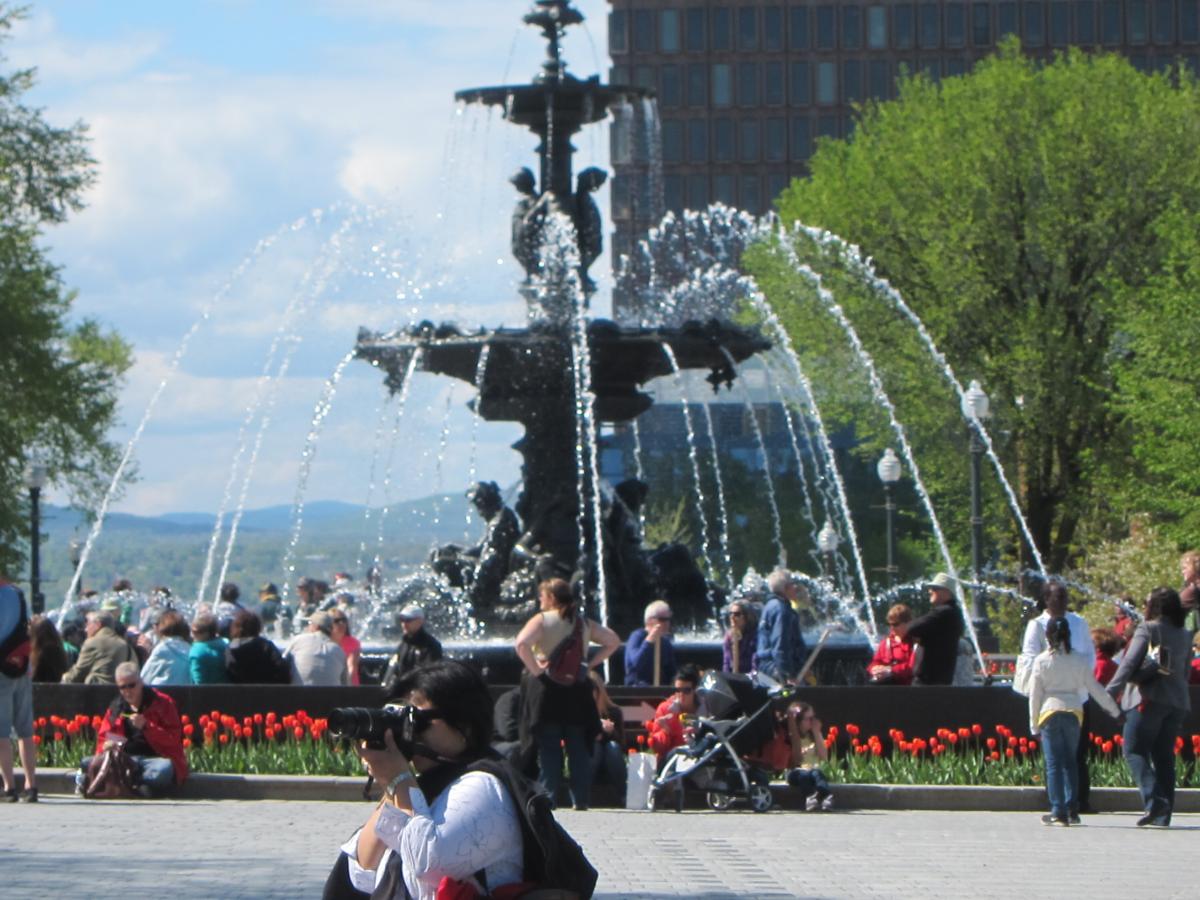 Well, yes, there happens to be a better, though more infamous, symbol of that country of 6+ million souls. It is its euthanasia policy.

Since 2002, when the "Termination of Life on Request and Assisted Suicide (Review Procedures) Act"  came into effect, Holland has gained the infamous distinction of being one of a few principalities worldwide permitting the legal killing of its citizenry.

Yet, on this day, I was not in Holland but in Quebec and yet our elected officials are determined to imitate its European ally in more ways than one.

I'm fond of tulips, despite its characteristic of wilting too quickly.

I'm not fond of "medical aid in dying," as the authors of the impending law have euphemistically referred to euthanasia. It amounts to the deliberate ending of a human life.

The Quebec Life Coalition was present on Saturday to lend its voice with the many other groups and individuals present against the plans of the current government. One such group is the physician outfit called "Total Refusal of Euthanasia." They have drafted a declaration found here, which I encourage all to read and sign.

Photo albums may be seen here and here.