Montreal’s 23rd prayer vigil for the end of abortion is underway.

At its outset, Our Lord has given three signs urging us onward.

First, at the opening mass, held at the cathedral, the Gospel reading from the evangelist Mark has Our Lord asking us to welcome his little ones.

They came to Capernaum, and when he was in the house he asked them, ‘What were you arguing about on the road?’ They said nothing because they had been arguing which of them was the greatest. So he sat down, called the Twelve to him and said, ‘If anyone wants to be first, he must make himself last of all and servant of all.’ He then took a little child, set him in front of them, put his arms round him, and said to them, ‘Anyone who welcomes one of these little children in my name, welcomes me; and anyone who welcomes me welcomes not me but the one who sent me.’ (Mark 9:32-36). 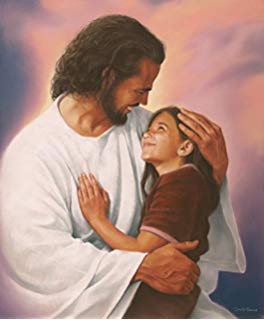 And who are these little ones? Children, yes, but not only. Rather all those whom society rejects - the unborn child, the elderly, the demented, the many marginalized.

Yes, praying individually or among peers, in a church or in a private home, is a worthy discipline during Lent as well as at other periods of the year.

AND public witness, at a busy thoroughfare, is another worthy discipline affirming life to persons unaware or in denial about God and unborn life. Our presence, our being seen plants seeds in the minds of our fellow citizens about the importance of life.

We need you, the unborn need you to be at the vigil location!

There is another important reason to show up - we save more lives than we realize. Abortion industry figures reveal that 75% of abortion appointments are cancelled when persons are praying outside an abortion facility.

The second of Our Lord’s three signs urging us onward came on the very first day of the vigil.

While awaiting the arrival of the metro, a young man angrily gestured towards me and the five-foot cross I was carrying and, further, as we exited the train at the same stop, he approached me and slapped the signs I was carrying out of my hand.

Doing Our Lord’s work, in this case defending the defenseless, entails engaging in the spiritual battle. We need to be prepared and armed as the apostle Paul emphasizes in his letter to Ephesians, chapter 6.

At times speaking gently to an angry person is our tool while at other times, responding with patience.

Again on the first day one of the prayer volunteers showed great patience. A young man either intoxicated or under the influence of narcotics or both, became belligerent when refused to be given an alms. His ire was provoked when he received the words that “Jesus loves him.” He became aggressive and remained so until police officers arrived to restore order.

The final of the three signs were the couples seen leaving the abortion facilities.

As we vigilate, I see the pedestrian traffic approaching the two abortion facilities located nearby. I notice couples and women entering and leaving the buildings several hours apart and wonder whether they have undergone abortions.

The Lenten season is upon us. Our faith tradition encourages us to pray, fast, and give alms.

Unborn life needs the support of your time. 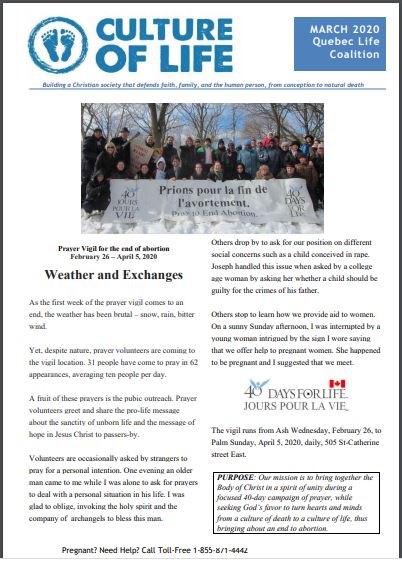