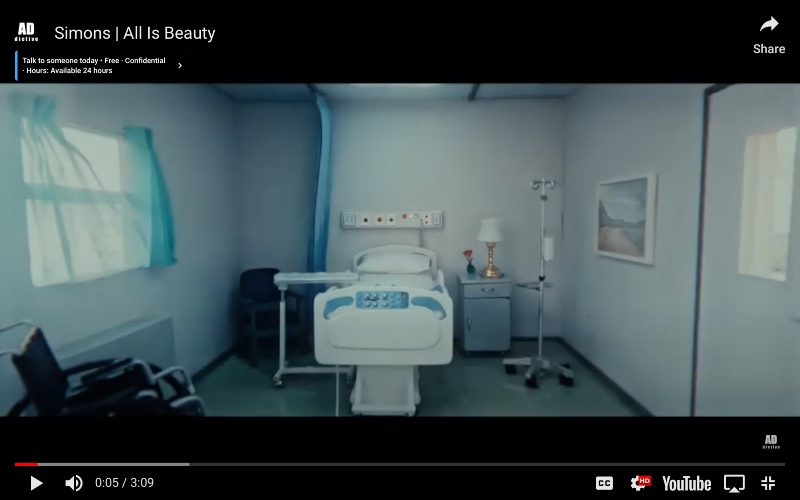 The fashion company Simons headquartered in Quebec City that launched a controversial ad in late October 2022 promoting euthanasia has now removed it, after major backlash from the media, according to The Message.

“All is Beauty” is the name of the TV ad by a women’s fashion company La Maison Simons, that has been Canada’s style authority since 1840. The campaign that lasted about a month before it was cut short, was promoting assisted suicide through the story of Jennyfer Hatch who chose to end her life at 37-year-old through “M.A.I.D” after being diagnosed with Ehlers Danlos syndrome.

“Major media outlets — including Fox News, the National Post, Daily Mail, and New York Post — suggested that the campaign “celebrates” or “promotes” suicide. The rhetoric quickly got more heated on social media, leading Simons to cut the campaign short, remove it from digital channels, and shift its marketing focus to the holidays”, according to an article by The Message published in December 2022.

In an interview that was released prior to the launch of the campaign, the CEO of Simons, Peter Simons, expressed being scared about how this project would be received. (Unfortunately, the original video of it is no longer available, but a part of it can still be watched in Ezra Levant’s show from Rebel News).

Simons’ commercial begins with a dark scene of an empty hospital room and the narration of Jennyfer which states that “dying in a hospital is not what is natural”, followed by a subtitle that says “Simons presents: The Most Beautiful Exit” as the scene of the hospital room is being pulled away from the audience into another “peaceful” scene of an ocean.

When Fox News reported on this story in November 2022 they stated: “La Maison Simons, a fashion retailer in Canada, has shocked social media users after airing a commercial that appeared to promote assisted suicide — using a now deceased woman as the subject of the advertisement.”

In their second article on the same topic, published in December 2022, Fox News announced "The All is Beauty campaign has come to an end this week. Simons is now entering their annual holiday sprint," a spokesperson for Simons told Fox News Digital. "In this context, all of their teams' efforts are focused on in-store and web holiday activities."

The National Post also published two articles on Simons’ commercial that promotes assisted suicide. In their first story, they qualified Simons to be a “Canadian retail giant seeming to romanticize the country’s regime of medically assisted death”.

In their second story they revealed that the woman wanted to live according to her friends, but was unable to seek proper health-care, therefore she opted for “death-care” after years of trying to secure proper health care from the B.C’s health-care system.

CTV news wrote an article after her death which revealed that she had contacted them before under the pseudonym "Kat". “She described chronic pain and other debilitating symptoms for which she found insufficient support in B.C.’s health-care system, despite battling for years, whereas a MAID application was approved within weeks”, writes CTV.

“I feel like I’m falling through the cracks so if I’m not able to access health care am I then able to access death care?’ And that’s what led me to look into MAID,” Hatch told CTV in June under a pseudonym. 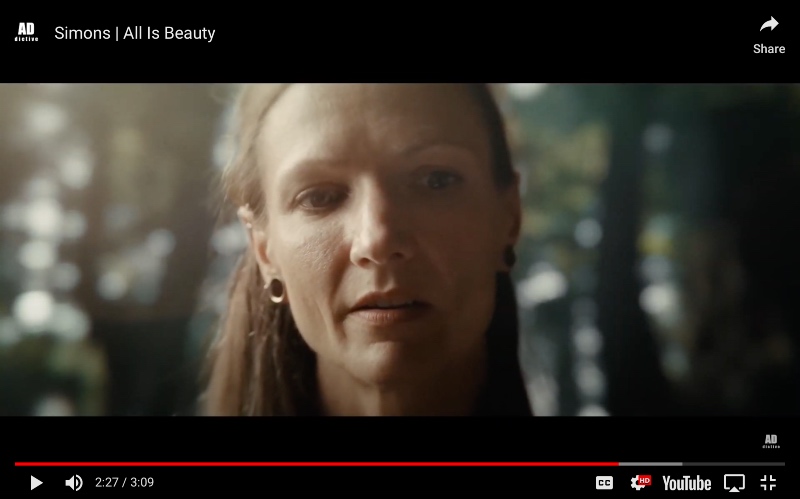 One of her close friends Tama Recker confirmed this at her memorial service. “Our (health-care) system is very broken and part of what Jennyfer wanted to do is get people talking. It wasn’t about glamourizing or promoting anything except telling her story that then could be a vehicle for others to have these very difficult conversations”, reports CTV.

Unfortunately, the ad did not present the complexity of Jennyfer’s story, instead it presented a woman ambiguously who spoke of beauty, nature, and death as the solution to her problems, which we were not made fully aware of in the cinematic video. The health-care system is not even being mentioned, instead she speaks of cheesecake, ocean, music and rhythms.

Social media users expressed themselves directly under the video ad which can still be found on some independent channels acknowledging the horror of this “beautiful commercial”, which is directly promoting death through MAID. Amongst others, Youtube users wrote:

“Really sick when now we find out that she really did see the world as beautiful and didn't want to die, but the free and great health care of Canada couldn't help her.” - wrote Winns35

“This really scares me, because she had one of the conditions I’m currently fighting. She didn’t want to die, she said that doctors don’t know how to treat it, and it’s too expensive. She said “From a disability and financial perspective as well, I can't afford the resources that would help improve my quality of life. Because of being locked in financially as well and geographically, it is far easier to let go than keep fighting.”

“I’m in America, and I’ve been trying to get palliative care. It’s so difficult, so many doctors conflate palliative and end-of-life care. They’re not the same thing. EDS is a horrible disease, and I have several others as well. It’s constant pain, and the feeling that your body is literally falling apart. I already live every day afraid of my health problems, so I can’t imagine if I was in Canada right now. This is terrifying.”- wrote Dank Hill 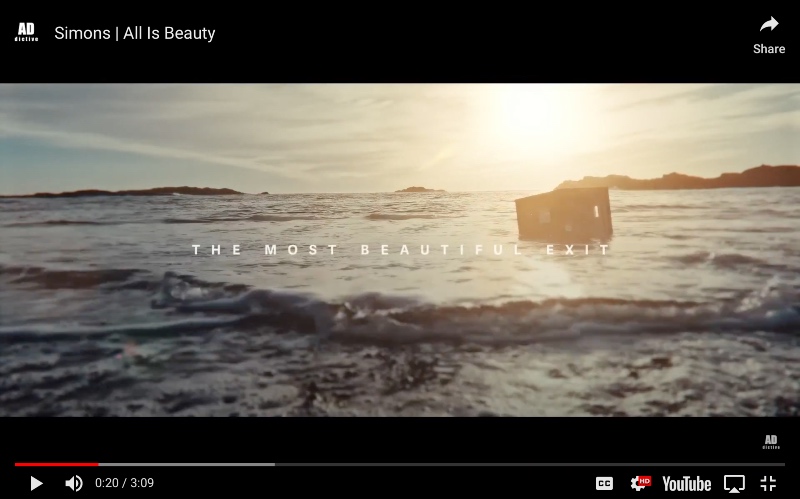 “Yuan Yi Zhu, a policy expert at the University of Oxford, told DailyMail.com: ‘By presenting a woman's decision to commit suicide as an upscale lifestyle choice, Simons is glorifying suicide and telling vulnerable Canadians that they would be better off dead than alive’”, reported the Daily Mail.

After all of this backlash from media and taking a decision to cut the campaign short, Simons issued a statement through the agency with which they worked on the project, the Broken Heart Love Affair agency.

“The Simons All Is Beauty brand platform was created to inspire the act of finding beauty in everything, even life’s most difficult moments. We launched this platform with The Most Beautiful Exit, a film co-created by, and featuring a terminally ill young woman named Jennyfer, envisioned to be one courageous example of All is Beauty. Regrettably, the film was co-opted and used to further a much different agenda resulting in a deluge of online harassment and threats.  The film was designed to inspire and provoke conversation around Jennyfer’s desire to seek beauty in life, even as she neared the end of hers. It was never intended to become a political lightning rod. So, as Simons shifts gears to focus on their holiday campaign, they have made the decision to remove the film from all platforms.” - Broken Heart Love Affair statement