This past week I returned from Sherbrooke, Quebec, after having coordinated and participated in the first 40 Days for Life prayer vigil for the end of abortion in Quebec outside Montreal.

Between Wednesday, September 22, and Sunday, October 31, 2021, from 7am to 7pm, a faithful few fought bravely the powers and principalities that govern this world.

For we wrestle not against flesh and blood, but against principalities, against powers, against the rulers of the darkness of this world, against spiritual wickedness in high places. KJV Eph 6:12

And what a blessing this vigil was!

Many of us are familiar with the notion of the “spiritual battle” alluded to in the above citation. In Sherbrooke, I experienced a new and deeper awareness of it. Here are three examples:

On the first day of the vigil, I was heartened to meet and welcome Jean-Luc among the prayer volunteers. In his mid-fifties, a native of Sherbrooke, he impressed me as he defended well the pro-life message to not one, nor two, but three proponents of the culture of death.

The pro-life message:
An unborn child is a human person whose life has value and deserves to be protected by our society.

You can then imagine my disappointment when he phoned the following day to say he would no longer participate in the vigil. In the elapsed time, he had shared with his adult son his experience at the vigil. At this, his son expressed his opposition. Rather than live with a rift in the family, Jean-Luc elected to withdraw from the vigil.

Then there was Jean-Marc. Tattooed from neck to ankle with a series of macabre, sacrilegious depictions of the Blessed Virgin Mary, Holy Church, Jesus Christ, among others, Jean-Marc, father of three aborted children from three separate women, expressed his contempt for the faith and the vigil to several prayer volunteers whom he met.

A third surprise awaited me concerning two persons who had registered to cover a three-hour block twice weekly. As the vigil progressed, Suzanne and Pierre were experiencing increased distress like respiratory trouble and a worrisome cough. They attributed these to their participation in the vigil and elected to withdraw.

These and other incidents permitted me to see more clearly the effects of the spiritual battle.

The same Suzanne explained to me how occult forces impose themselves upon the physical world. She spoke to me about physical maladies and hurtful dispositions in word and/or gesture.

Familiar with the Saint Michael prayer and the Chaplet of the same, I learned from her other prayers to confront these unseen forces including a prayer for forgiveness. The latter I was encouraged to recite as soon as I could after an incident of being spiritually assaulted. Here is a sample:

Forgiveness of another
With your grace, Lord Jesus, I forgive … (name, incident, and outcome on me). I remit him of his debt towards me and I ask You, My Lord, to bless him; to give him the light of his sin, the grace of a true confession, and that he rediscovers the freedom of a child of God. I place his soul and life on the paten of all the masses currently occurring in the world.

In all humility, I encourage you, my reader, to use this prayer whenever you have been spiritually assaulted.

Our Lord conquers nations not with arms but with prayer. Can we not be so humble as to follow in his footsteps?

p.s. We are entirely dependent on your financial support for our projects such as the 40 Days for Life. Please, consider becoming a monthly donor and register here. Thank you. 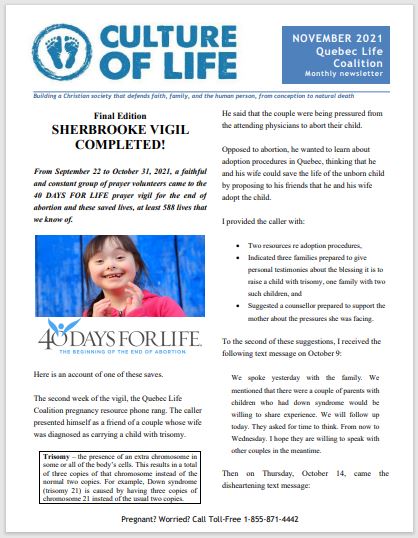