Blessed New Year greetings to all.

The new year at the Quebec Life Coalition began pretty much as it ended – with a prayerful public witnesses for life.

Since the end of the last 40 Days for Life prayer vigil for the end of abortion on November 4, 2018, three of us have been faithfully meeting on Monday mornings at the corner of St-Catherine East and Berri Streets for an hour of prayer for life.

First, on the way to the vigil, I stopped by the office to retrieve our vigil signs and cross. I’m in the office for a very short time. Yet, while there, the pregnancy resource phone line rang! The caller, a woman, wanted to know where she could get an abortion. I shared our pro-life message saying that we would gladly support her during the pregnancy – counselling, money, materials. Though she was not interested in what I had to say, God’s intervention could not be any clearer I thought.

Next, on arriving at the vigil site, I saw my colleagues speaking with an elderly woman. I later learned that the visitor was sharing her grief at the lost her grandchild, as her daughter had chosen to have an abortion.

Finally, near end of our prayers, a young man and woman, both in their early twenties, stopped within meters of us to read our signs. After a moment, the young lady continued on her way, while the young man approached us and standing in very close proximity to us, began a rant about our presence.

He argued that as a man, I had no right to express publicly a view regarding abortion, as it was solely a woman’s issue and decision. The irony of his comment seemed to escape him, a male, freely opining about abortion in a public area!

We listened, not having a chance to say a word.

As he continued, we understood why he was so angry. He and his girlfriend had undergone an abortion within the past month. His angry outburst was veiled attempt to mourn his lost, his grief!

Supporting women in a crisis pregnancy, consoling persons grieving the loss due to abortion, and expressing publicly this grave injustice are the mainstay of what the Quebec Life Coalition does, in 2018 and in the year to come.

Your support allows us to continue.

Change is on the horizon. In this month’s newsletter, our featured article covers the impact our work is having on Quebec society and its media, targeting the innocent. 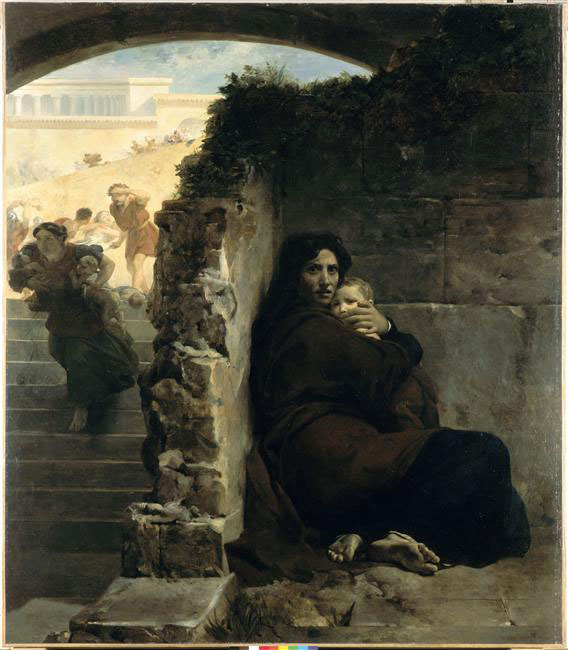 Are the walls of the reigning abortion ideology crumbling? We think so as a letter to the editor shows the cracks - see the newsletter.

Your turn to act

As 2019 begins we invite you to become more active in righting this wrong. Becoming a monthly donor to the Operation Mustard Seed program will help us to reach more people.

Again, you may wish to solicit the support from your peers within your faith community to form a caring network for the living victims of abortion.

Finally, helping women undergoing a crisis in their pregnancy or those who find themselves alone for having decided to keep the child, against the wishes of the child’s father, her parents, or an employer are two important contributions within your reach.

God calls each of us to work in his vineyard. Which part of the vineyard? Listen and He will tell you.

Wishing you and your loved ones a blessed New Year. 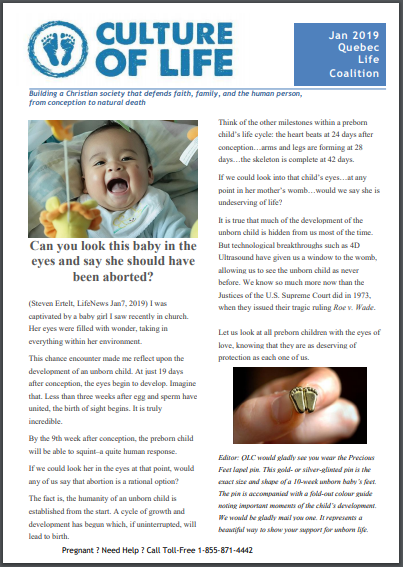