As July begins, so does the second half of 2016. Before moving on, let me summarize some of our first half accomplishments, done with your support.

This summary demonstrates that, despite the obstacles which contemporary society hoists upon us, we can still defend the human person from conception to natural death!

Center for Crisis Pregnancy in Montreal 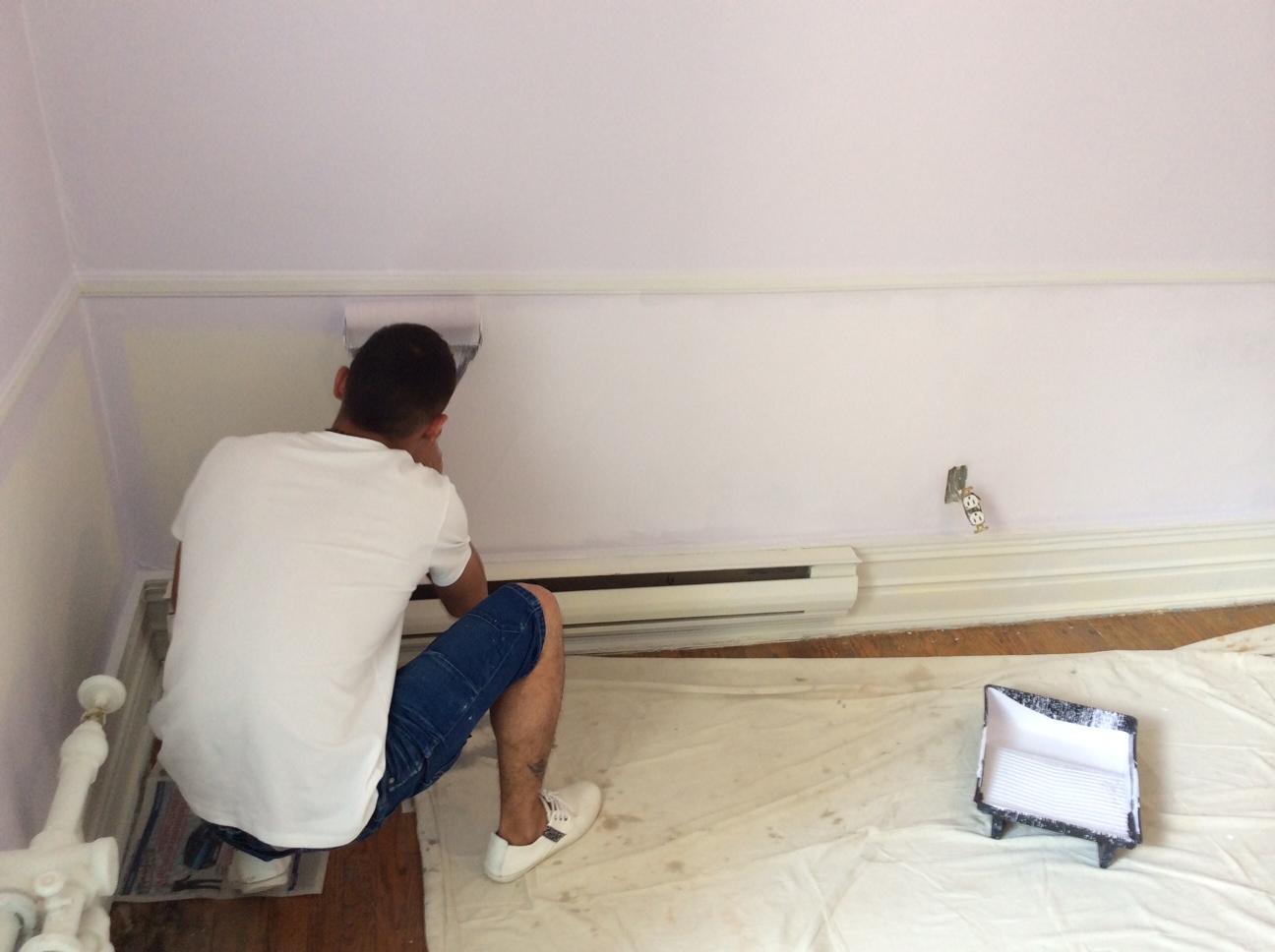 The pregnancy center is approaching readiness. Located within the boundaries of the Divine Infant Jesus Parish in Montreal, we have recently received an influx of furniture, thanks to three donors. This furniture will help fill the space which our plasterers and painters have worked hard to spruce up. Pictured here is the father of a child whom we have been graced to save during our prayer vigils outside the Morgentaler facility.

Apologetics Seminar
The existence of God, the immortal soul, free will, the foundations of morality, natural law, and the prohibition of killing by abortion or euthanasia are some of the many subjects that we must deal with head on, because the general public is woefully ignorant about these important issues. For this reason, at the beginning of the year I promised to develop a course - and we are on standby to present a first draft this coming autumn!

It is only through your donations that we can continue to work building a Culture of Life. Thank you for your contributions!

Christ the King Proposal
In April of this year, I wrote of a proposed change in our organization’s direction. Namely, to undergird the Quebec Life Coalition’s stated goal of defending life from conception to natural death with a particular theological foundation – namely, the social doctrine of the Kingship of Christ. During a recent meeting of our board of directors, we voted to study this proposal further before voting upon it, most likely in the early part of 2017. I invite you to be a part of these deliberations by sending us your questions and comments!

2016 Sex Education Curriculum – A Concerted Resistance
This past June 22nd, we participated in a meeting organized by two concerned parents for the purpose of combating the implementation in September 2016 of a new sexual education program, mandatory from kindergarten through to secondary 5, aimed at promoting sexual exploration and homosexual lifestyle. The Quebec Life Coalition intends to play an active part in this battle, as we well know attacks against traditional marriage and healthy sexuality have a nefarious effect on the respect of the unborn child, which people increasingly view as an obstacle to unlimited sexual gratification.

Will you provide us with the means to continue this resistance to the assaults on life in Quebec and the rest of Canada?

Culture of Life Website
Since 2015, our new website has been seen by well over 2.3 million visitors, in such varied locations as France, Canada, the United States, Switzerland, Morocco, and elsewhere in Africa. With the help of a team of translators, we have published close to 400 articles covering abortion, euthanasia, gender theory, homosexuality, and the scourge of pornography. Equally important are the personal testimonies of women who have opted for life, safeguarding the child within their womb. Without a doubt, these articles have had a positive impact worldwide in forming consciences, thanks in part to your support. (We are as always looking for volunteers to translate articles from English into French. Please contact us if this appeals to you.)

Finally, as it is summer time, we would ask you to consider making a special gift that would permit us in our ongoing battle to defend life against abortion and euthanasia,

To those of you who have already done so, we express our thanks.

In Jesus, who is the way, the truth, and the life,

Click on the image below to view the July edition of the Culture of Life newsletter. 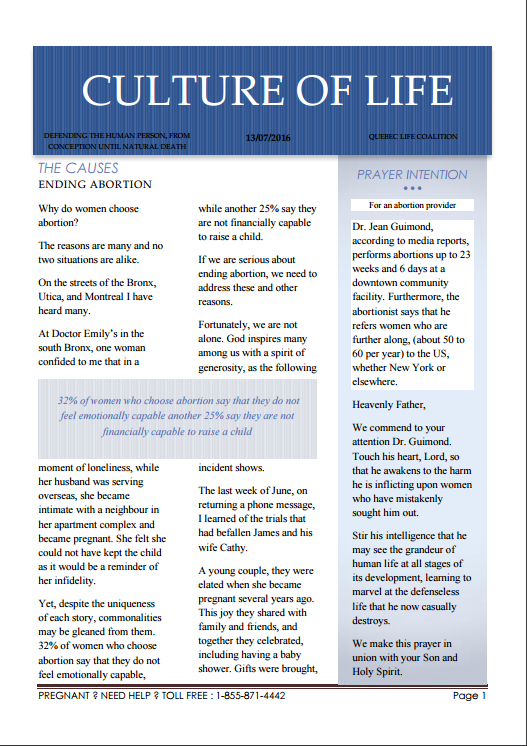