The National March for Life is less than three weeks away!

Canada does not have any law regulating abortions. This means that abortions are possible at any time throughout the full nine months of gestation. We along with China and North Korea are the only countries in the world with this "distinction."

The rally in Ottawa on this the 150th anniversary of the founding of our country plays upon the lyrics from our national anthem.

Our respect for life is also mirrored in the beliefs of our first Prime Minister, Sir John A. MacDonald, who opposed abortion and stated that "abortion saps the very life-blood from the nation."

Have you made your travel arrangements yet?

There are buses leaving Montreal, Quebec City (and Drummondville), and Sherbrooke.

Montreal - There will be two chartered buses from Montreal on Thursday, May 11, 2017, for this day-trip to attend the National March in Ottawa.

Both buses will stop at the Fairview Shopping Centre (Sears) in Pointe-Claire to pick up and unload passengers.

Our Program for the day is as follows:


Looking forward to seeing you on the Hill ! 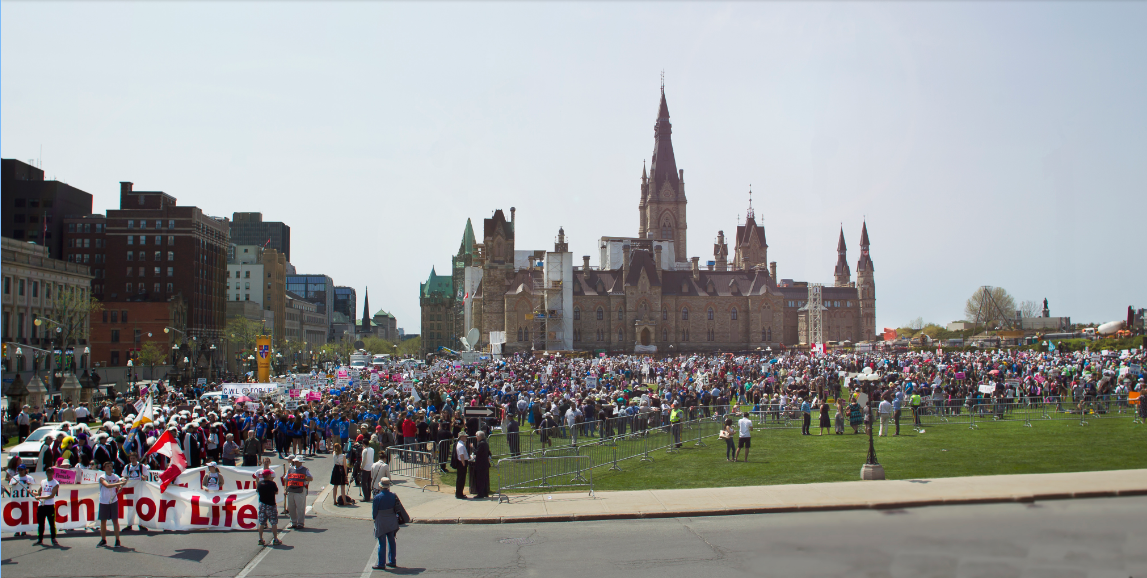