chartered buses from both Montreal and Quebec City.

The National March for Life will be held this year on Thursday, May 9 in Ottawa. Last year 20,000 people crowded onto Parliament Hill for this event. Many dignitaries from various walks of life were present to inspire the crowd including MPs, senators, religious and pro-life leaders.

If you wish to be part of this vibrant day of support for the life of the unborn, the Quebec Life Coalition is chartering buses that will permit you to participate.

The fare is $35. Family rates are available.

Our schedules read as follows:

13h30 MARCH through the streets of downtown Ottawa

13h00 March through the streets of downtown Ottawa

Cost: Tickets are $35. Family rates are available: $20 per family member.

Hope to see many of you. 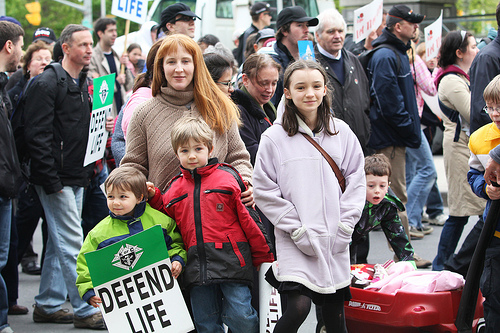