I’m back from having attended the 19th annual National March for Life in Ottawa this past Thursday, May 12, 2016, and what a blessing this experience was ! 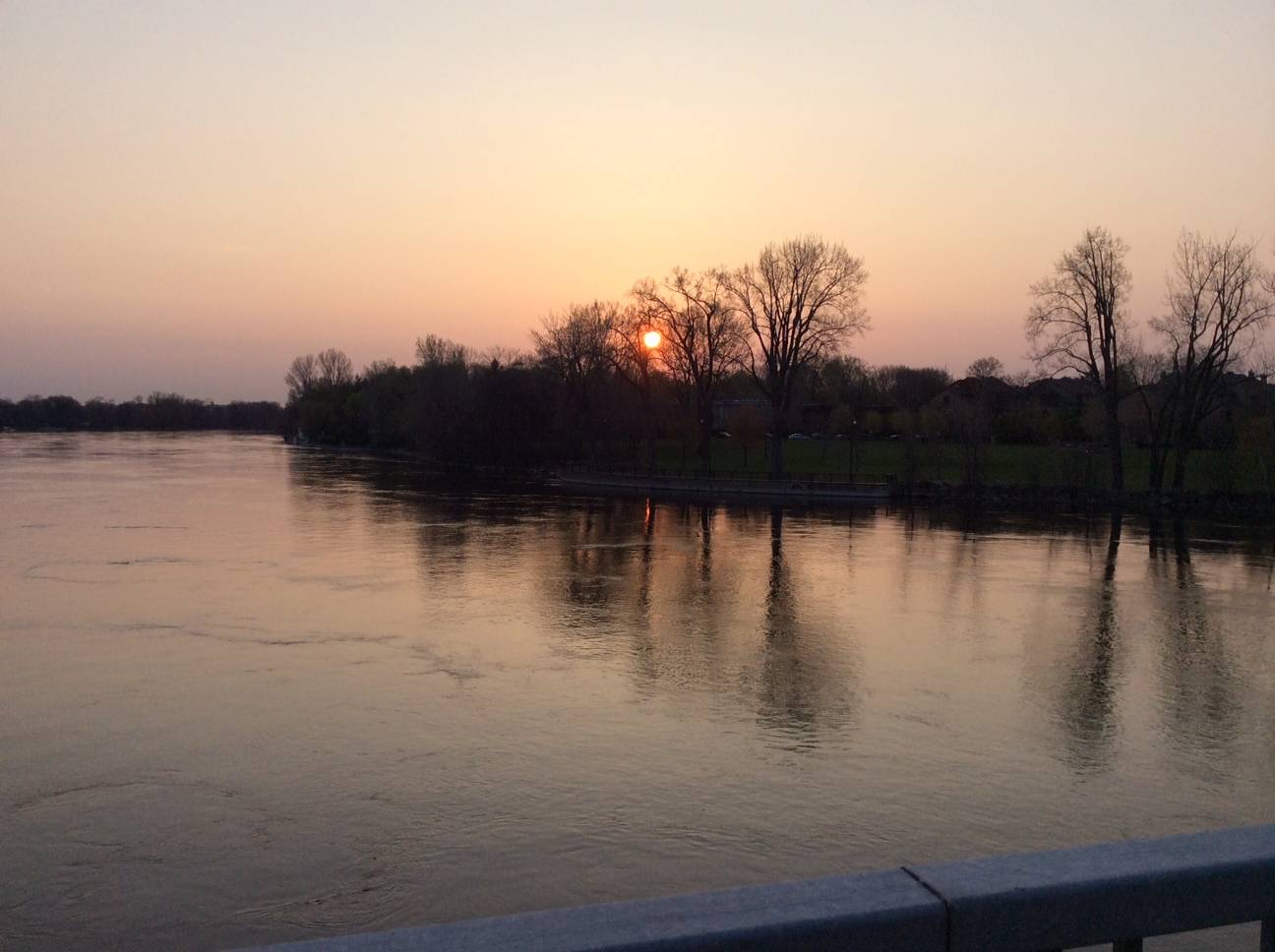 A favorable omen of what was to come occurred at the outset of the day. While heading over to the pickup site in Laval, I was greeted by a beautiful sunrise over the back river.

The blessings continued. For instance I learned that nearly 100 people boarded the two Montreal charters – 41 from Laval and close to capacity (56) aboard the downtown bus!

Yet another blessing was, despite the traffic snares and other imprévus, we arrived in Ottawa in time for the 10 AM mass at Saint Patrick Basilica. 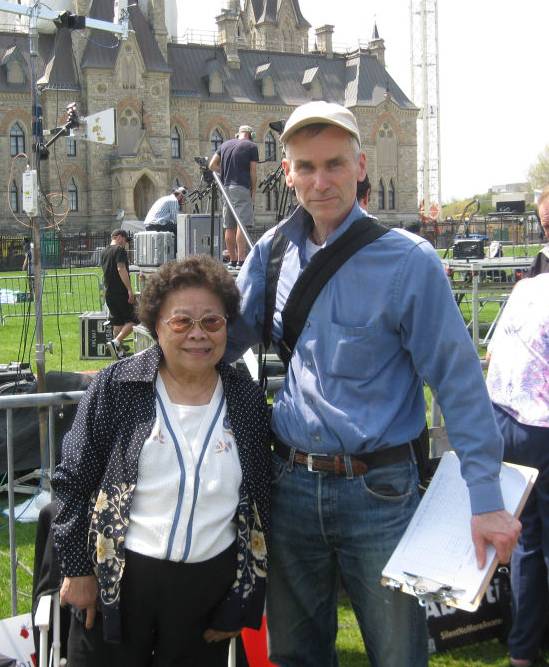 Pilgrims included Millie Coyne who is a regular attendee along with her husband Jack and friend Renée O’Dwyre. (Seen in the background is the television stage for the EWTN network which has broadcasted the March live in its entirety for the past 3 years from Parliament Hill.)

Below is a sample of the Montreal pilgrims posing after having attended the mass. Conspicuously dressed in his Knights of Columbus regale is Francesco Barbero who, flag in hand, would later that day lead the National March from the parliamentary grounds onto the streets of Ottawa. 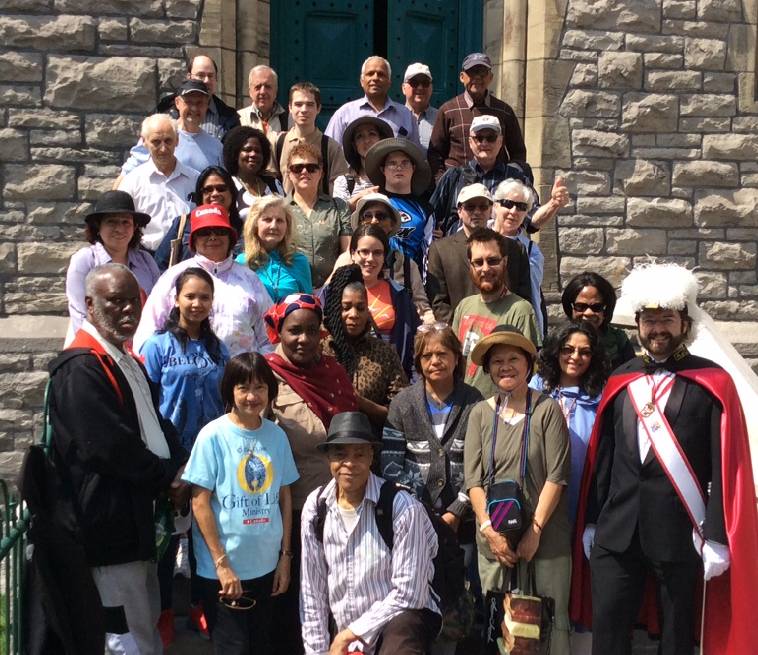 Others pictured here include members of the Saint-Kevin Pro-Life prayer group and QLC General Manager Mario Richard and several of the regular office volunteers - Virginie, Ghisi, and Marc.

Our buses contained an diverse group of people coming from different municipalities - south shore Longueuil, east end Anjou and Rivière-des-Prairies, west island Kirkland, Pierrefonds, and Dorval, off-island Ile Perrot and Saint-Eustache. Husbands and wives, brothers, mothers and sons, a parish-based group, a community service group, and Knights of Columbus had all interrupted their busy schedules to travel to Ottawa and lend support to our cause.

Once in Ottawa, on Parliament Hill, we joined well over 22 000 others demanding rights for the weakest and most vulnerable members of our society. Politicians, religious leaders, youth (plenty of), and many young families swelled our numbers. Is it any wonder that this injustice will soon be corrected?

In the April newsletter I raised the question, “How do we share the pro-life message?”

As follow up question, consider: “How do we address irrational responses – understood as prejudice, passion, ignorance, misunderstanding, incomprehension or ideology?”


P.S. Your on-going financial support helps to defray the expenses in organizing such events. Thank you. 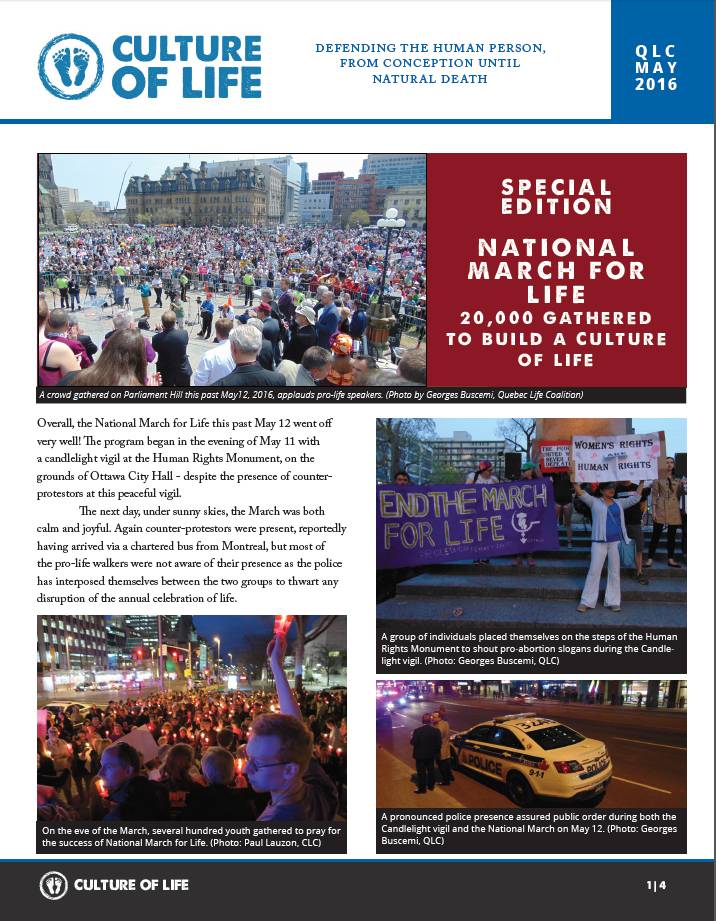