Montreal police is prohibited from wearing St.Michael’s badge on their uniforms 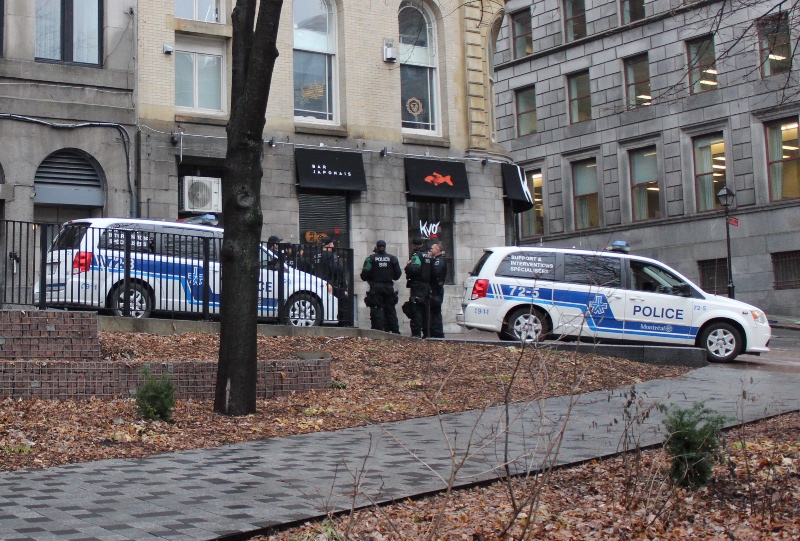 By Joanne of Arc for Quebec Life Coalition— Photo : Joanne Of Arc

CBC News (Radio-Canada) obtained information that confirms the Montreal police (SPVM) asked their officers to stop wearing St.Michael’s badge on their uniforms while on the job.

"After analysis, it was agreed that the crest of Saint Michael worn by SPVM (Service de Police de la Ville de Montréal) police officers on their uniform is a religious sign within the meaning of the law," the memo sent out to officers said, as reported by CBC News.

"Consequently, we ask you now to kindly remove from your uniforms any crest symbolizing or referring to the Archangel Saint Michael, in order to comply with the law." the memo included.

It was while monitoring protests related to the COP15 international forum that Montreal police officers were seen wearing a St.Michael badge on their uniform that said “Saint Michael Protect Us”.

Bill 21, or the law on secularism of the state was adopted in June 2019. It prohibits the wearing of religious symbols by representatives of the state in a position of authority. The bill also “establishes that Quebec Province, where Montreal is located, ‘is a secular state.’ ” wrote CNA.

"Saint Michael is the patron saint of law enforcement. In the 1950s and 1960s, around September 29, Montreal police officers celebrated the feast of the archangel St. Michael," reports CBC News.

"Since its introduction, the bill has been criticised by political and religious leaders as an act of discrimination and an affront to religious freedom," reports CNA.

For example, in 2019 when the Montreal city council removed a crucifix that had been on the premises for 80 years, the Montreal archdiocese said the crucifix represents the country's Christian roots and does not need to be removed in a pluralistic society.

The same year, a crucifix was removed from the Blue Room of the Quebec National Assembly.