Masses for the Unborn

As we enter December, the month of Our Saviour's birth, four events are scheduled in support of the most vulnerable period of human development, vulnerable for both mother and her unborn child.

First, on Monday, December 1, an evening of prayer and testimonial is set for the church Notre-Dame-Porte-de-l'Aurore - 1465 De Sève Street, in ville Émard, across the street from the Jolicoeur Metro station on the green line.

Featured on this evening, in addition to the recitation of a rosary and an Eucharistic celebration, will be a personal story of a near tragedy. A young mother will share about the pressures she faced to carry her child to term simply because her physician thought the child may be born with a congenital disorder and should be aborted. The child was eventually delivered without any abnormality. Her story begins the evening at 6:00 p.m., this Monday, September 1, 2014.

The prayers and the testimony will be French, though, simultaneous translation into English will be available if warranted.

The following day, Tuesday, December 2, at the Sanctuary of the Sacred Heart and of Padre Pio in east end Pointe-aux-Trembles, an evening of prayer for the defense for the unborn child will be held beginning at 7 p.m. At that time a rosary will be recited with an Eucharistic celebration to follow at 7:30 p.m.

The sanctuary is more familiarly known as the Chapelle de la réparation - 3650 de la Rousselière Street (514-642-5391), and is run by the Franciscan community. 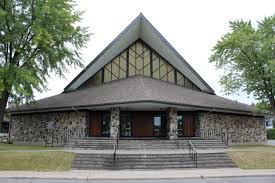 Next, an evening of prayer and fellowship for the unborn child and the victims of abortion is being planned for Saint-Sylvain church in Laval - 750 Saint-Sylvain Blvd., on Thursday of the same week.

The fourth and final commemoration for the unborn child and the harm that abortion does consists of a full afternoon of activities, set at Notre-Dame-Porte-de-l'Aurore church in ville Émard, the same venue as our first event. 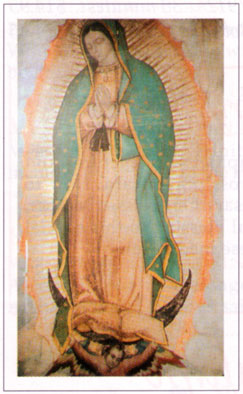 The afternoon begins at 1 p.m. with a conversion story. Ms. Carole Arsenault will share the story of John Bird, film producer who specializes in Marian history, and researcher and photographer the Tilma - the outer garment worn by Juan Diego, a poor Mexican peasant of the 16th century that is on display at the cathedral in Mexico City.

This rough outer garment has confounded scientists throughout the years for two reasons. First, it has outlasted its 40-year life expectancy by several centuries and second, it is emblazoned on one side of the cloth, and one side only, with the image of the Blessed Virgin Mary. The latter is particularly vexing to scientists as they are unable to explain the origins of the image and the materials that have left its mark.

Mr. Bird's film is entitled as "River of Light."

The presentation is particularly timely as the Church commemorates the Feast of Our Lady of Guadelupe every year on December 12.

Prayers will follow the talk - namely, rosary and Eucharistic celebration.

There you have it: Four events in a span of two weeks spread across the region in order to better prepare ourselves for the most important arrival mankind has been waiting for.

Masses for the unborn