Have you ever been lied to?

As we all have been lied to, so too we have lied.

A recent incident moves me to ask the question. This past Saturday, August 26, 2017, the Quebec Life Coalition coordinated a Pilgrimage for Life – a walk through the streets of Montreal, starting early and continuing through until early afternoon, travelling 12 km, visiting seven holy shrines and seven abortion sites.

Little did we know that a “Judas” was among us!

A journalist for the Journal de Montréal described himself as such, more for sensational reasons I suspect than historical accuracy, as the disciple who betrayed Jesus for thirty pieces of silver.

(I think the journalist is referring to Judas Iscariot rather than the lesser known Thaddeus-Judas as little is known of the latter other than being the brother of the apostle James.)

I learned of his deception a few days after the pilgrimage had occurred as “Judas” reported upon his incognito participation in a blog post on the Montreal daily’s website.

I won’t dwell on the contents of the web report, but rather our response.

What Would Jesus Do?

In addition to the Ten Commandments, we are guided by Jesus's words and deeds. At the final supper, after having washed the feet of his disciples and Judas off on his infamous errand, Jesus tells us:

34 I have a new commandment to give you, that you are to love one another; that your love for one another is to be like the love I have borne you. 35 The mark by which all men will know you for my disciples will be the love you bear one another. (John13)

Our Lord orders us to respond to life’s circumstances in the same manner that he would – with love.

In addition to the command to love, Christ fosters prayer.

Not a few times, we read that he went off to pray, on his own or with his disciples.

22 As soon as this was done (feeding the five thousand), he prevailed upon his disciples to take ship and cross to the other side before him, leaving him to send the multitudes home. 23 When he had finished sending them home, he went up by himself on to the hill-side, to pray there; twilight had come, and he remained there alone. (Matthew 14) 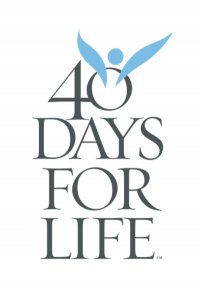 As we are about to begin a forty day prayer for the end of abortion, consider joining us in prayer.

Join us on the streets of Montreal from Wednesday September 27 to November 5. Weekdays we will be at the epicentre of the abortion industry in Montreal and Quebec – the corner of St-Catherine and Berri streets. And weekends we will be at Lahaie Park, across the street of the site of the former Morgentaler abortion facility - 30 St. Joseph Blvd. east. Both days we will be present from 8 a.m. to 5 p.m.

Join us wherever you are. Jesus found a secluded “hill-side” to connect with His Heavenly Father. You can do the same at home, in an adoration chapel, or wherever the spirit leads you.

Then, beware for amazing things will happen. “21 It was while all the people were being baptized that Jesus was baptized too, and stood there praying. Suddenly heaven was opened, 22 and the Holy Spirit came down upon him in bodily form, like a dove, and a voice came from heaven, which said, Thou art my beloved Son, in thee I am well pleased. (Luke 3)

Our Lord will hear us and respond.

Thank you for your on-going support for building up a culture of life.

P.S. Have you considered becoming a monthly donor? A steady source of revenue, however small, represents an important affirmation about the work that we do ! 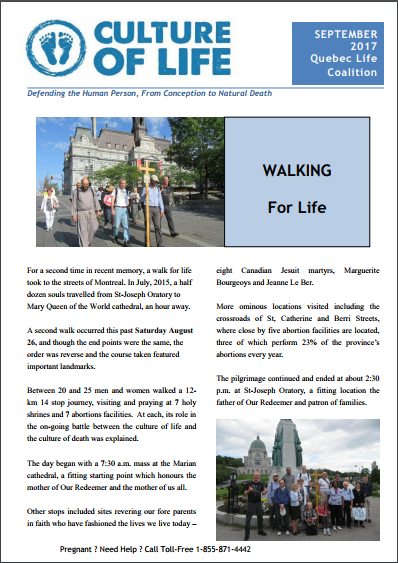