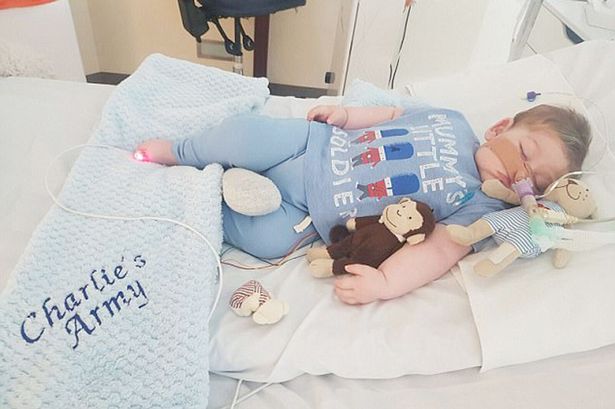 It is with regret and sadness I that I learned of the death of Charlie Gard on July 26, 2017.

The 10 month-old Brit gained world-wide attention as his parents fought colossal opponents to safeguard his life and have their parental rights respected.

The boy’s physician, the hospital where he was admitted, and two European courts argued that it was in Charlie’s “best interest” that he receive no further medical treatment.

On the other hand, his parents wanted to transfer him to a US hospital where an experimental procedure could be attempted to cure him from a rare disease.

A not insignificant amount of hope appeared. First, a worldwide appeal for funding brought in close to $2 million. Second, both President Trump and the Holy Father, Pope Francis, got wind of the story and offered support. Finally a New York City physician specializing in mitochondrial dysfunction –the disease which Charlie had – offered his support.

Yet, this hope vanished when the cited physician travelled to England to examine Charlie and diagnosed his condition being beyond his ability.

So on July 24, Charlie’s parents withdrew their opposition to the hospital’s wishes to remove child’s life support. And within days, Charlie was removed from his life support system and died.

Your on-going support of our work at the Quebec Life Coalition allows the Charlie Gards of this world not to go unnoticed and to affirm the place of parents in the lives of their children.

A second assault on the culture of life occurred closer to home. On Monday, July 24, 2017, Montrealers learned of a barbaric attack on a young pre-born child in the wee morning hours of the same day.

An 8 month-old was repeated stabbed by his father while still in his mother’s womb. While the mother’s condition was stabilized, unfortunately the same fate did not occur; the child delivered via caesarian-section died from his wounds.

The incident drew much media coverage. Columnist Richard Martineau wrote passionately about the insanity of Canada’s lack of abortion legislation. Rightly he observed that had the child died while still in his mother’s womb, no criminal charges could be brought against the father as the unborn child does not have any judicial standing until he or she has entirely exited his mother’s womb.

A minute prior to delivery, the unborn child is not considered a human being according to Criminal Law. Or, as Mr. Martineau crassly and correctly puts it: “Beneath the skin, you’re nothing. Above, you’re a human being with an identity and rights.”

We need your prayers.

We are preparing to begin yet another 40 day prayer vigil for the end of abortion. We need to draw public attention to the insanity that is occurring in our country. Your prayers are needed to support those of us who venture into the public arena to not remain silent to the insanity around us.

Your prayers will also help us penetrate the sour looks, the stinging insults and rebuffs, the ridicule and adverse criticism and touch the hearts of all who come in contact with our peaceful and prayerful vigil so that eyes may be opened to the wonder of the unborn life and the insanity that abortion is.

Your prayers will permit hope to enter a troubled culture given over to false idols and allow the love of our faith bring light to the blind. Your constancy in prayers in this public witness, enabling us to persevere until the end, cannot be underestimated.

The beginning of the end of abortion in Quebec is upon us. We have witnessed positive signs over the past years.

Thank you for your continued support. 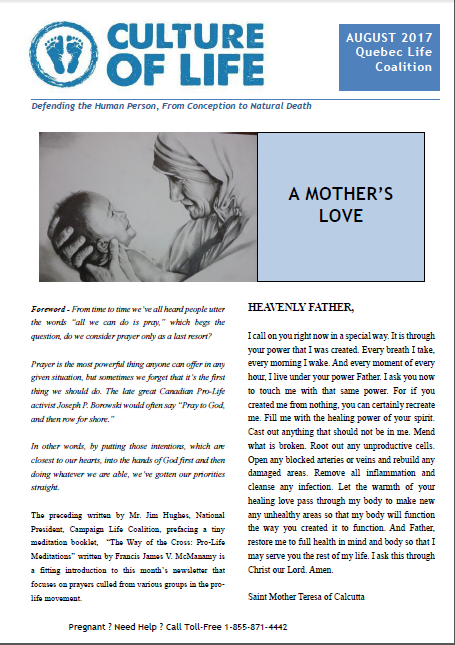