Here we are in February and I trust you are standing strong, persevering with your New Year’s resolutions.

Resolving to side with and promote a Culture of Life is a tough stance to take, with its joys and sorrows.

Consider our neighbours to the south.

Sorrows, there are more than a few. On January 22, 2019, the New York state legislature enacted a bill permitting unlimited access to abortion for the entire nine months of gestation. The bill also states that if an infant intended to be aborted was born alive, then he may be left to die. Further, as of press time, legislatures in Vermont, Rhode Island and Virginia are planning the same!

Fortunately, joys are many. Witness the great outpouring of solidarity for unborn life seen this past Friday, January 18, 2019, in Washington, D.C., at the 46th annual National March for Life, as very large numbers of people of all ages gathered to protest this injustice.

Mario Richard and I were in the American capital for the march and related events. Among the latter was an exhibition at the Renaissance Hotel, a fitting place to gather for those working to stop the million abortions per year in their nation whose governments liberally fund the corporate giant Planned Parenthood which performs a third of these. 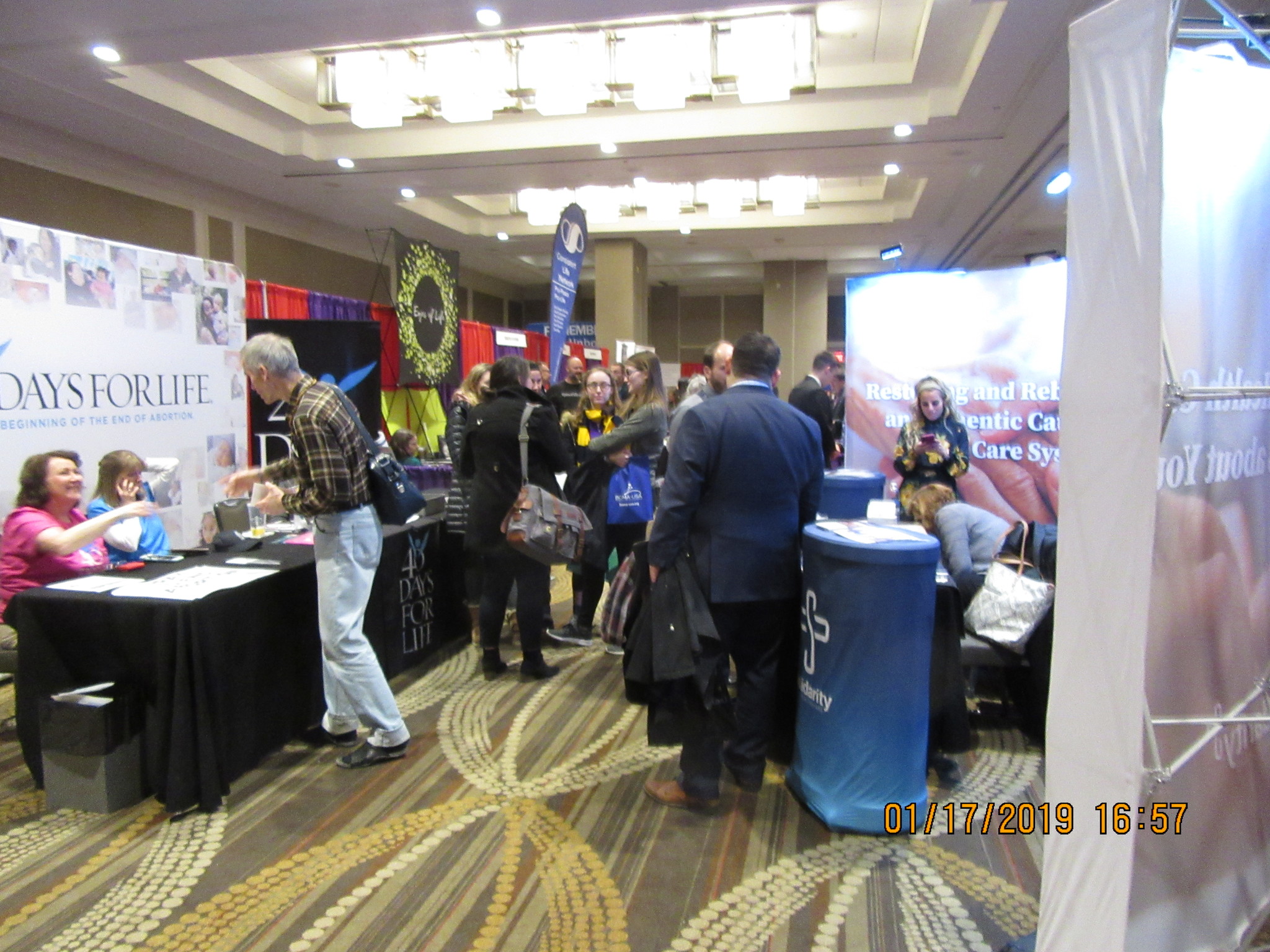 The exhibition included between fifty, sixty kiosks showing visitors the concrete ways Americans are working to renew their nation and promote a culture of life. (See picture.)

And then there is prayer

As was to be expected, prayer was integral to the events in the American capital. On a first occasion, we joined several groups on the sidewalks outside a local abortion facility (see photo below), while in a second instance, on the day of the march, we met at the cathedral. 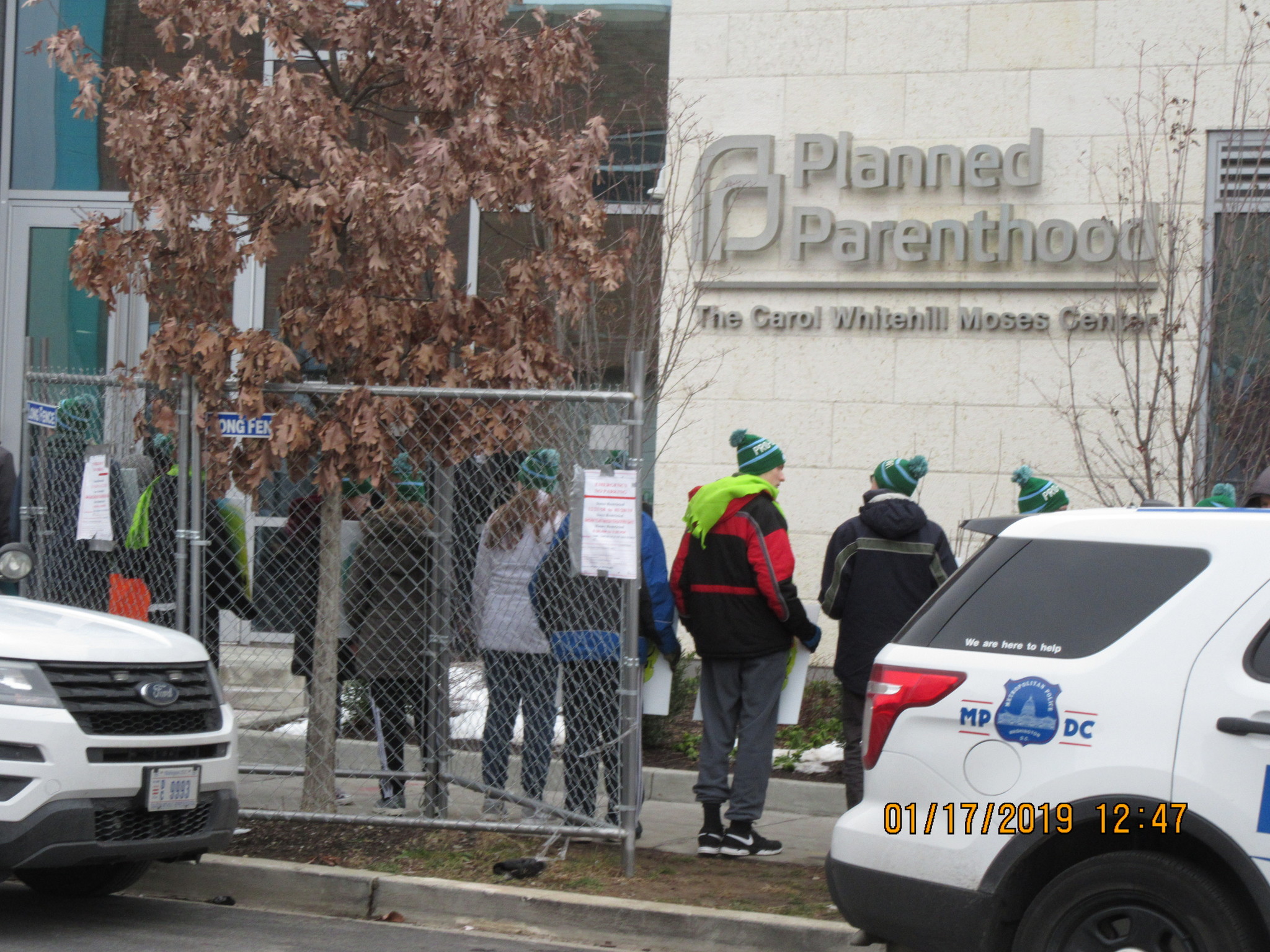 At the march I was awestruck by the size of the crowd that had gathered on the National Mall – the 3 km expanse of land between the Lincoln Memorial and the National Capitol. An estimated 100 000 to 300,000 people of all ages were present, brimming over with enthusiasm, uniting their voice in chants and songs in defense of unborn life as well as the mothers who need assistance. 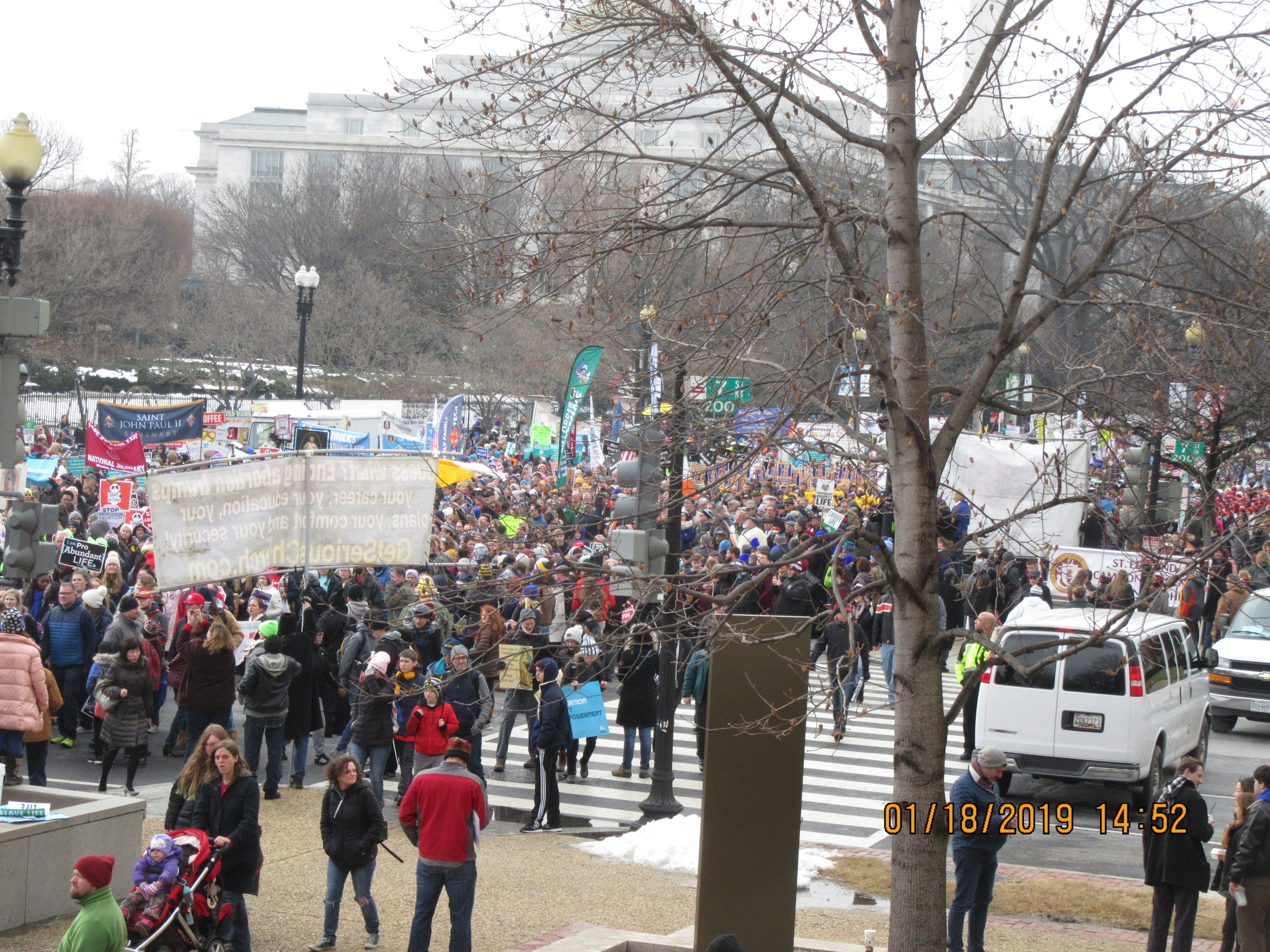 Our turn to act

Our American neighbours have made a strong show of their defence of vulnerable life. Let us not go lacking.

God calls each and every one of us to work in his vineyard. Which part of the vineyard are you called to work in? Pray and listen to the voice of our creator; surely, He will answer.

Wishing you and your loved ones blessed strength in pursuing your new year’s resolutions. 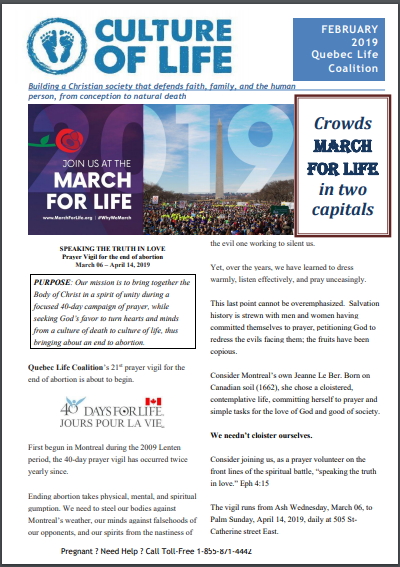