Vigil 365 Update - Great News! A Turn-around! This past week, while praying near two local abortion facilities, we met and spoke with a couple scheduled to abort their child. After our exchange, they decided otherwise. Today their child lives. Awesome! Please, keep this couple in your prayers.

Did you happen to notice a few weeks ago a huge sigh of relief?

I cannot be certain, but I believe it came from Montrealers responding to Premier François Legault’s announcement that the confinement measures were being relaxed.

The timing could not have been better coinciding with the warming weather and our desire to go outdoors to enjoy the wonders of spring in good conscience: longer daylight hours, blossoming tulips and lilacs, the verdant landscape, and … rainbows. We were blessed. 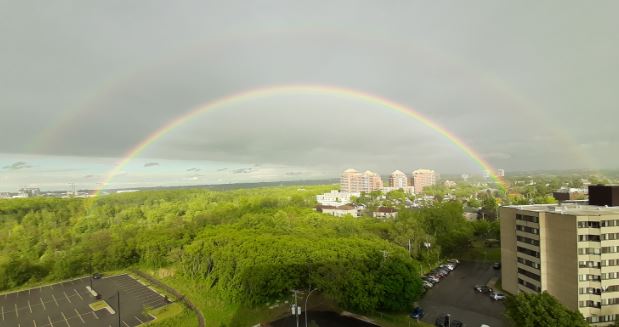 This reprieve is that much sweeter as it contrasts with not only with the harsh sanitary measures we have just lived through, but also the tragedy befallen our elderly.

The 70+ crowd suffered much these past few months in nursing homes. Understaffed wards, undernourished and dehydrated, poor hygienic care, solitary confinement are among the litanies of sorrows they underwent. Many of them died.

Though controversy surrounds the numbers of those who perished due to Covid19, none exist about the suffering and deaths experienced by our elderly. Righteous anger has been expressed by both the public and the media and our governments are only beginning to redress these wrongs.

Those of us trying to establish a culture of life are encouraged by the calls to help these vulnerable people. Yet, at the same time, we cannot help but wonder why another vulnerable group is subject to indifference and injustice.

Women who are either post-abortive or wrongly thinking of aborting their child are being denied important truths about abortion.

Will a society that awakens to its neglect of its elderly continue to neglect the harm that abortion does to women?

Abortion does harm women. Researchers are steadily producing new studies showing the adverse complications that abortion has on women.

Why are the media not producing these findings? Why are our governments not legislating against abortion?

Women are exploited when they are not told the truth when they go into an abortion facility.

Women are exploited when society, the media, social services, and our political leaders – deny or are unwilling to deal with the science of abortion.

The documentary Hush illustrates these points. 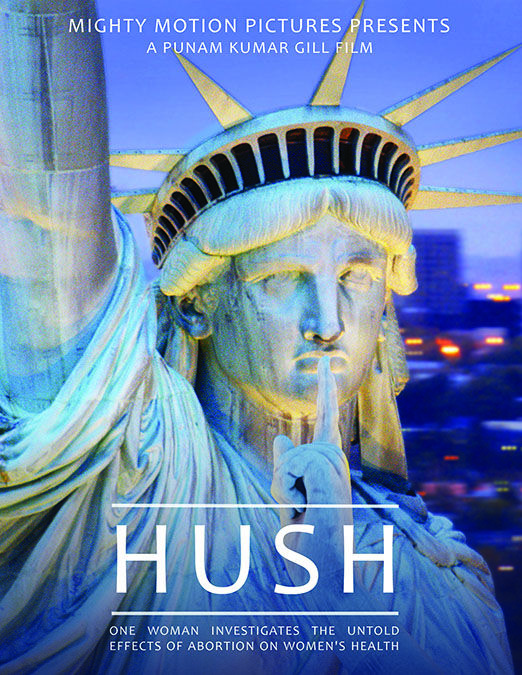 Producer Punam Kumar Gill sought to sort out for herself the conflicting claims she heard about the impact of abortion on women.

This past January, while in Washington, D.C., I saw a twenty-minute segment and was impressed by its professional quality. Computer generated images illustrated the growth of the lactic cells during pregnancy and the dangers of an artificial interruption due to abortion. It explained how immature lactic cells could then mutate into cancerous cells.

The documentary provides scientific information, permitting women to reflect on the consequences of abortion. A preview as well as the full film may be seen here.

I intend to purchase several copies to offer to those of you who wish to buy a copy. Also, I would like to arrange a community screening; please contact me using the return coupon and self-address return envelop in either case.

This way, as in the situation with our elderly, we can work to bring to light an important injustice.

p.s. If you can, please consider supporting our work with a one-time gift, a regular monthly gift, or a planned gift. Thank you. 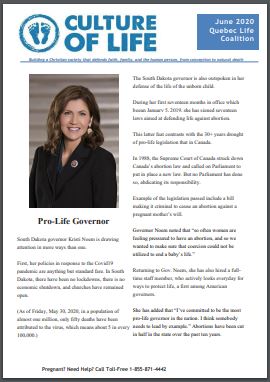