Friends of the Living Innocents

I was introduced to Mr. Thom O'Connor while volunteering in New York City. At the time, I mentioned to a colleague that I was out of rosaries for the sidewalk counselling ministry I was involved in and she suggested that I call Thom. Since that initial contact, I have learned that Mr. O'Connor's involvement in the pro-life movement is quite extensive as the following letter that he mailed me reveals. 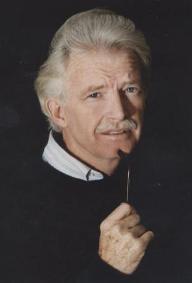 As a television journalist of over forty years. I have heard every conceivable argument in regard to the pro-life / pro-choice debate. But, until now, I have never seen an abortion in living color. Even women who have had an abortion do not realize what is happening. So, I have presented on my website, an actual abortion. "The Silent Scream" was produced in 1958 by Dr. Bernard Nathanson with an introduction by Charlton Heston. It shows sonogram images of a child in the womb shrinking back from an abortionist's instruments. This documentary, "An Eclipse of Reason", displays and explains various procedures in graphic detail. Dr. Bernard Nathanson was co-founder of the National Association for the Repeal of Abortion Laws. Nathanson, who just did in 2011, oversaw the performance of about 75,000 abortions before becoming a leading pro-life activitst and a convert to the Catholic faith.

Before his baptism to the Catholic faith by Cardinal John O'Connor and his advocacy of the pro-life movement, Nathanson decribed himself as a Jewish atheist.

Dr. Nathanson wrote "Abortion is now a monster so unimaginably gargantuan that even to think of stuffing it back into its cage is ludicrous beyond words." "I am one of those who helped usher in this barbaric age."

Please watch "Eclipse of Reason" on my website, and join those who pledge to protect the young and innocent.

We condemn the murder of the unborn in abortion.

p.s. To view the video, after linking to Mr. O'Connor's site, the video may be seen by scrolling for the term "Eclipse"