Along with Quebec Life Coalition President Mr. Georges Buscemi, I attended this year’s National March for Life and related events January 23-26, 2020, in Washington, D.C., and am blessed by the experience.

The U.S. National March for Life began in 1974, the year after the American Supreme Court legalized abortion nationwide in the Roe vs. Wade decision. 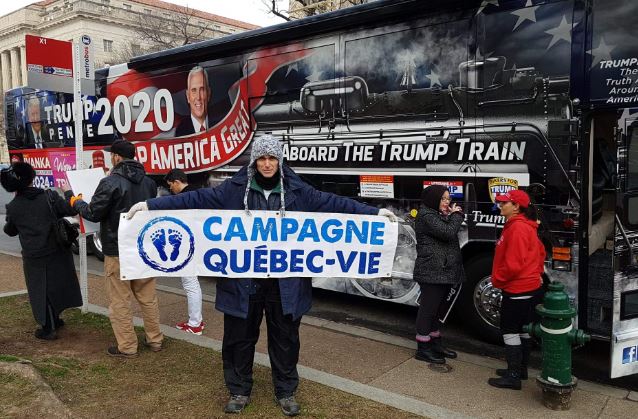 The four days and three nights in the American capital permitted us to visit with many people working diligently in the American pro-life movement, learning from their efforts and catching their enthousiasm.

An example of the latter occurred at the National Pro-Life Summit.

The National Pro-Life Summit, which takes place the day after the National March for Life, exists to equip and mobilize pro-lifers of all ages to engage in their communities to make abortion unthinkable and illegal.

Two themes ran through these talks – the conviction that Roe v Wade will be overturned, and the importance of being compassionate when helping women experiencing an unplanned pregnancy. 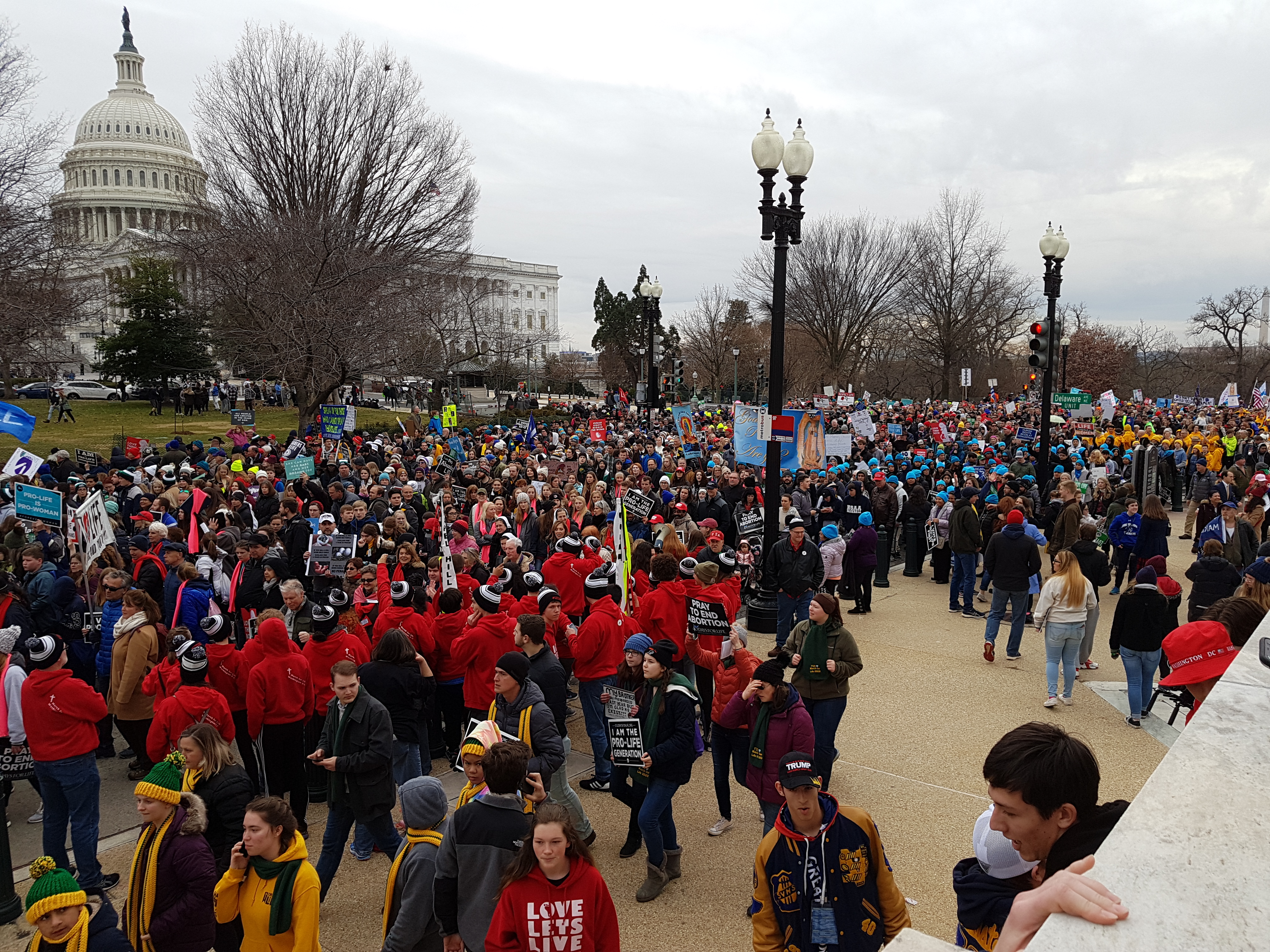 This optimism and enthusiasm were in part due to the presence of American President Donald Trump the day of the march, the first President to attend. He gave the inaugural speech to a larger than customary crowd of marchers.

Back to Reality - Despite the unbridled hope, the visit to D.C. also reminded Georges and me of the current reality that needs to be traversed.

Prior to attending the Pro-Life Summit, we accompanied our host to the local Planned Parenthood abortion facility where twice a week she volunteers as a sidewalk counsellor.

Sidewalk counseling refers to the practice of standing on the sidewalk outside an abortion facility in order to bring the message of life and hope and to speak of alternatives to abortion minded women and couples going inside. Some sidewalk counselors also do post-abortion counselling.

Unlike here in Quebec, where the law prevents us from getting within 50 meters of the abortion facility, in D.C. no such distance exists, pro-lifers can stand on the doorstep. Georges and I saw women and couples file in and out, a sign of the killing of the innocent that continues in our societies. 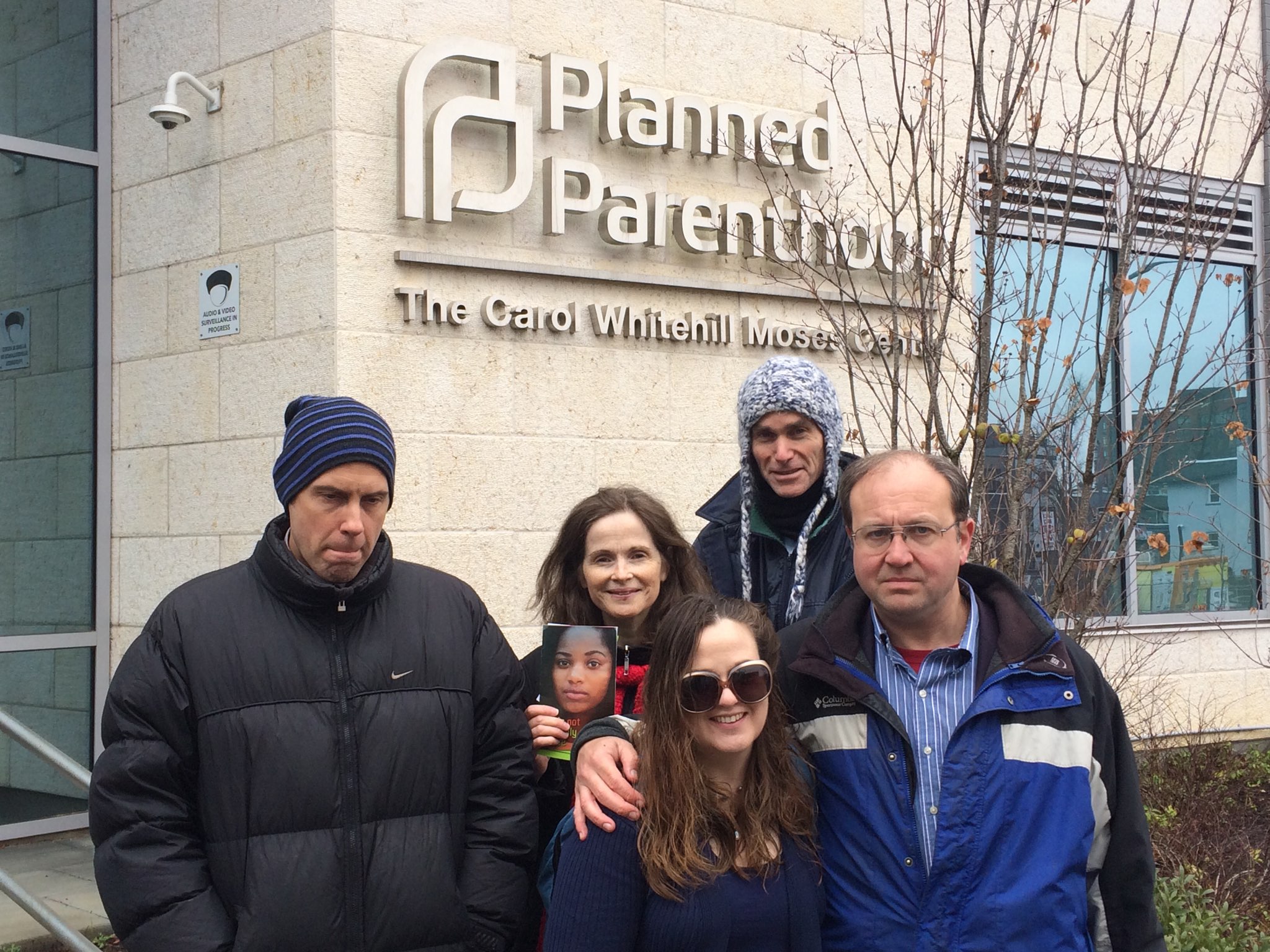 Our four days and three nights in the U.S. capitol were a tremendous blessing. We attended an exposition with upwards of seventy groups active in the pro-life ministry, stayed with a faith-based lay community, prayed with well over 5000 others at the Basilica National Shrine of the Immaculate Conception the morning of the march, marched with well over 300 000 people through the streets of D.C., heard testimonies of regret from women having had an abortion, prayed outside an abortion facility, and attended a Youth Conference. 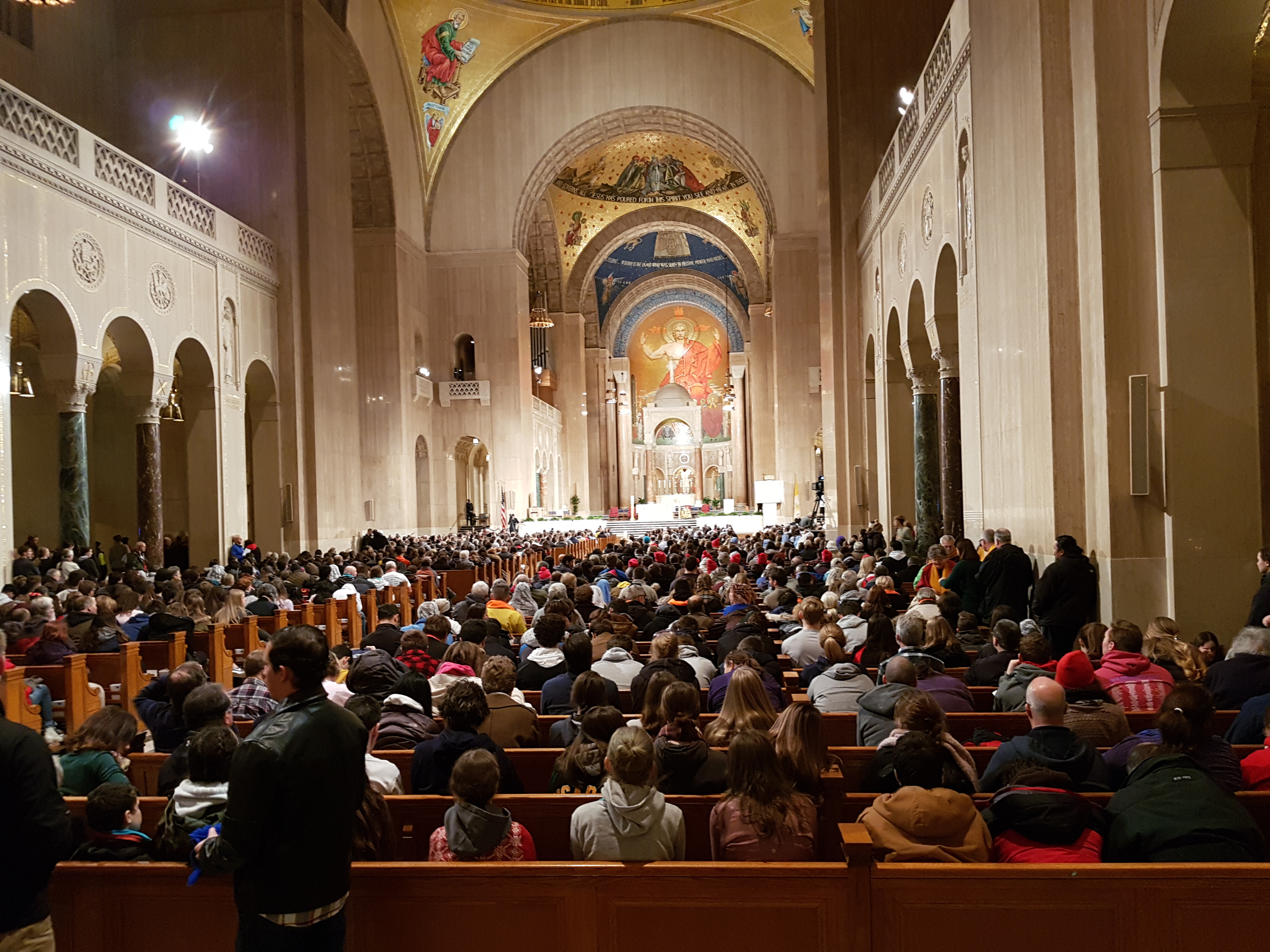 As the start of Lent season is almost upon us (Ash Wednesday falls on February 26, 2020), why not add to your Lenten observance prayers of reparation for the crime of abortion.

Our prayer vigil for the end of abortion – 40 Days for Life, will begin on this same day.

With Our Lord at side and in union with the saints and angels, let us rout by the dark forces in this spiritual battle for life.

p.s. Your prayerful and financial gifts are always a welcomed sign of your support and an encouraging gesture to us. 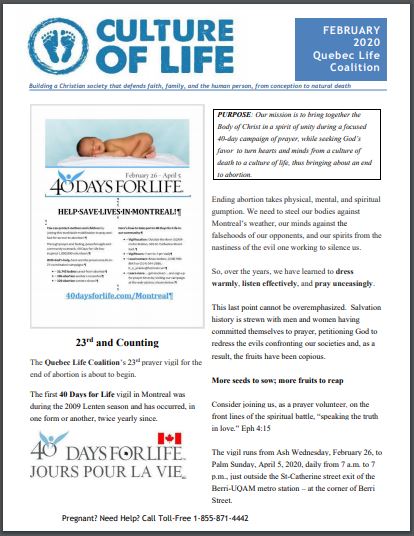