For a third year in a row Canada's fertility rate has dropped.

Statistics Canada reports that the national average has gone from 1.68 to 1.61 over the three year beginning in 2008.

I reproduce a copy of the statistics below. 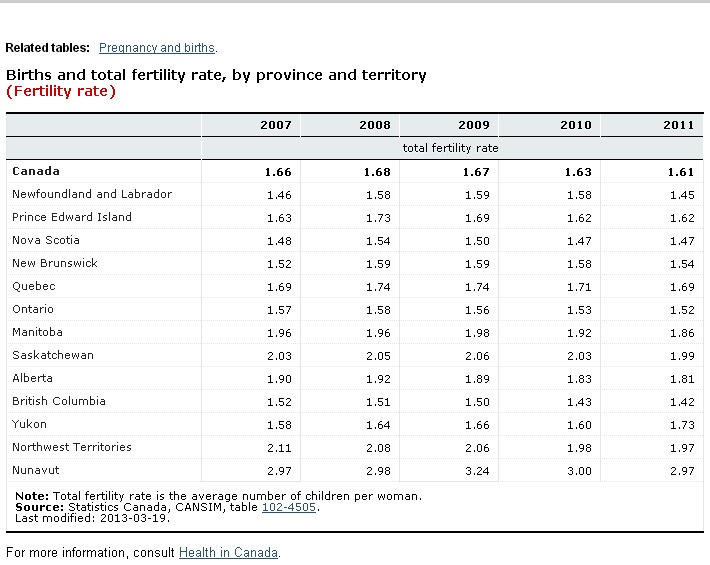 A couple things caught my attention.