Euthanasia is promoted in a Catholic church in Rimouski 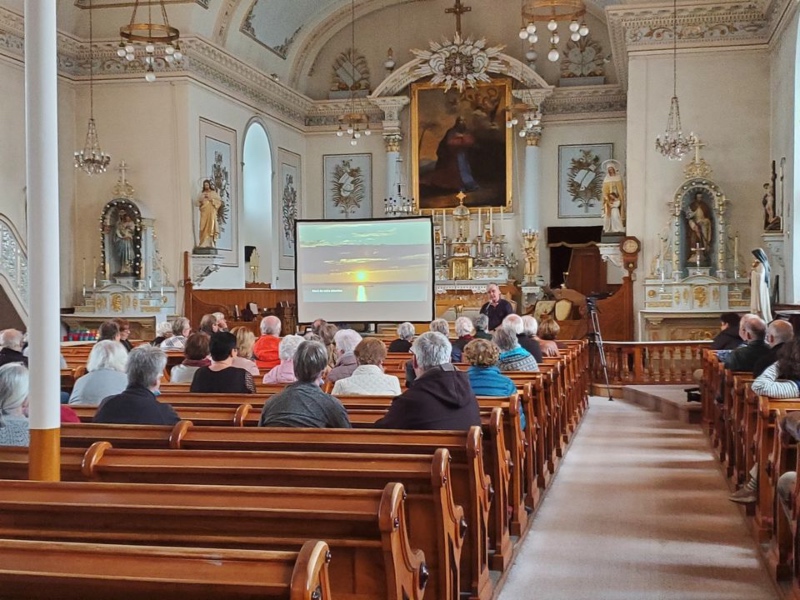 By Joanne of Arc for Quebec Life Coalition

A conference on euthanasia was organized in a Catholic church in Rimouski on November 6th, 2022, a Sunday afternoon.

A conference on "MAID" or "Medical Aid In Dying" was organized at St-Simon's church in Rimouski with the neurosurgeon and president of the Quebec Association for the Right to Die in Dignity (AQDMD)Dr. Georges l'Espérance. The conference was organized by La Brigade Verte de Saint-Simon which is a secular organization that describes itself as a "beautification project for the municipality of Saint-Simon-de-Rimouski", according to their Facebook page. 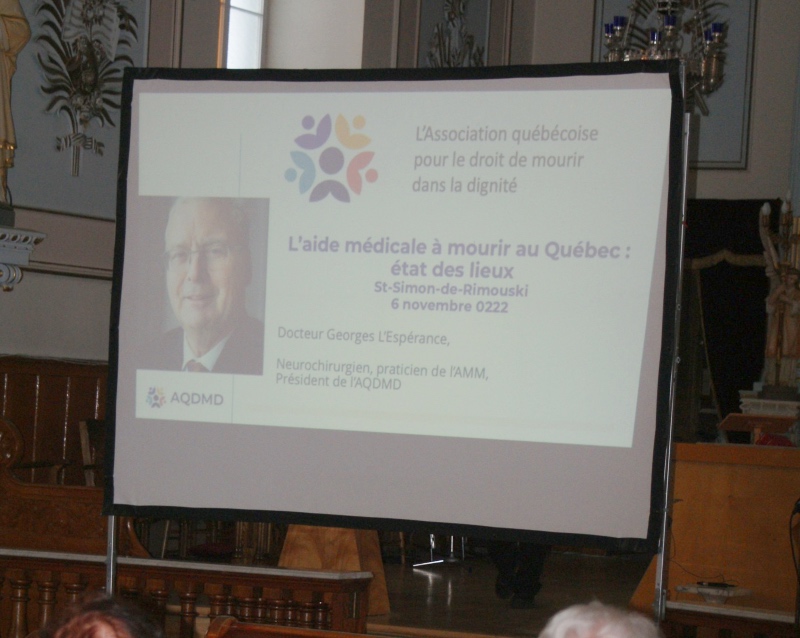 La Brigade Verte works on the embellishment of the exterior of the St-Simon church for example by planting roses around the cemetery. When asked about the group's participation in the organization of a conference on euthanasia in a Catholic church, one of the leaders, Ms. Chantale, explained: "We facilitated contacts between Mr. Beaudoin, the person in charge of the church, and Dr. l'Espérance, who is part of the brigade. It was to help the church so that there would be a little money coming in, as you know the churches in Quebec are struggling financially... all the contributions that people gave were for the church. This information was later confirmed in conversation with the head of the church and president of the Fabrique, Beaudoin Gagnon.

Also, the Catechism of the Catholic Church of John Paul II specifies that voluntary homicide is unacceptable: " Intentional euthanasia, whatever its forms or motives, is murder. It is gravely contrary to the dignity of the human person and to the respect due to the living God, his Creator.” (2324)

When asked by CQV about the purpose of this conference in a Catholic church he replied, "It was a conference for information purposes and not to recruit them or anything, but to give them an outline on this [...] We didn't have that many people, we had 70 people in total, it didn't even last an hour and a half on Sunday afternoon." 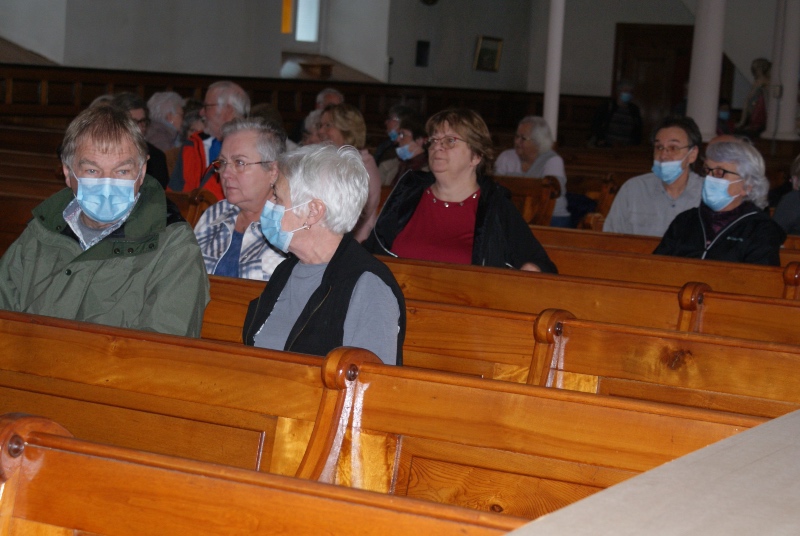 The audience at the conference on euthanasia at St. Simon's Church --Photo:Facebook/Brigade Verte

In response to the question of why a conference on euthanasia was organized in a Catholic church, since it is against the teachings of the church... "This is a really interesting question, but it will take more time to answer". Mr. Gagnon had to leave, but he took the time to say that the majority of the group at the conference was not Catholic anyway. "It is a Catholic church in perdition, there are 4 masses per year with 1 priest for 17 parishes. He can't travel that much and we are lucky to have 4 masses per year, ma'am."

According to the latest Facebook publication of the Brigade of Saint-Simon of November 10: "The conference of Dr. Georges L'Espérance, The right to die with dignity, was a success thanks to the accessibility of the information and the humor of the speaker," and "the many participants appreciated this event covered by Édouard Beaudoin, a journalist from Radio-Canada Rimouski and Mr. Marc André from the community TV that broadcast the conference simultaneously." Their publication concluded with a thank you to the Bloc Québécois’ MP Maxime Joncas Blanchette and his political attaché Mr. Étienne.

MP Maxime Joncas Blanchette shared a social media post that said: "I attended a conference on medical aid in dying hosted by the president of the Association québécoise pour le droit de mourir dans la dignité - AQDMD, Dr. Georges L'Espérance. We had a very interesting discussion on the laws and criteria surrounding this practice. The various exchanges undoubtedly provided food for thought for everyone present on the right to die with dignity. I would like to thank Dr. L'Espérance for this enriching discussion as well as La Brigade Verte de Saint-Simon for making this event possible." 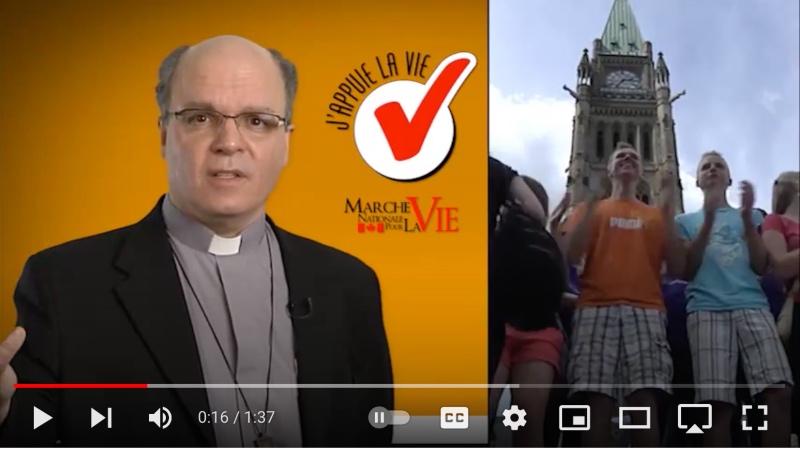 Bishop Denis Grondin promoting the March for Life in 2015 --Photo:Youtube

Saint Simon Church is a Catholic church in the diocese of Rimouski. Even if it is no longer very active, the sacraments are still given there. Its bishop, Denis Grondin, seems to have a deep respect for life, from conception to natural death.  In fact, he went to the May 2015 March for Life in Ottawa. A video on Youtube circulates to this day, in which Bishop Grondin invites people to participate in the march, expressing his deep respect for life. He says, "Dear friends, Jesus tells us: I have come for life [...] To walk for life is first to welcome it, also to support it, to encourage it, to commit to it from beginning to end."

An attempt was made to communicate with the bishop in this matter, but no return call was made before press time.

« Thank you for your ministry. My prayer is that it grows in the name of Jesus. It's beautiful to see people stand up for Life ! » --Émilie
Give to Quebec Life Coalition
euthanasia Catholic Church St Simon Rimouski MAID