We are about to enter the advent season and might I suggest two mothers with child to pray and fast for?

Advent is that time of the year when the faithful are encouraged to prepare themselves worthily to celebrate the anniversary of Our Lord Jesus Christ’s birth into the world as the incarnate God of Love through prayer and fasting. 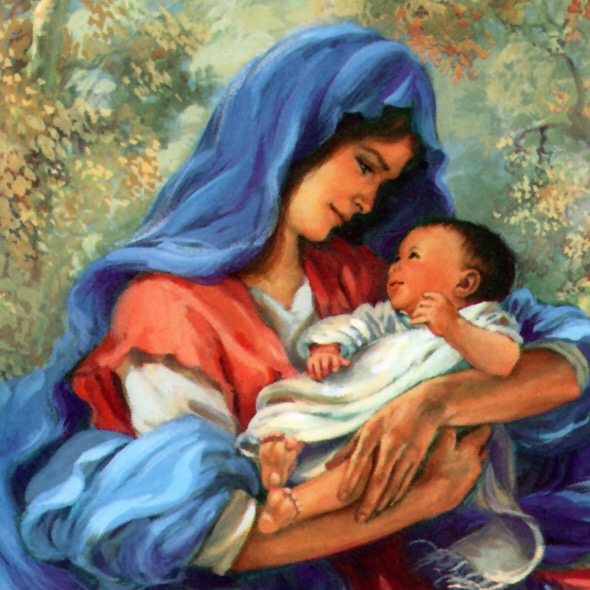 On December 25th we welcome Him with joy and the four Sundays and weeks preceeding are used to prepare, for some via fasting and others shopping for gifts to dear and near ones.

I recently met an expectant mother who like the mother of Our Redeemer is experiencing obstacles concerning the livelihood of her child and who, again like Mary, is confiding these and herself to God.

This woman’s physician is pressuring her to abort her 3 month old as an ultrasound revealed unusual findings in both the child’s intestinal tract and head.

Further, as this latter news was not bad enough, the same physician reinforced his message of destruction by suggesting that if she were to allow the child to be born, it would undergo suffering and an early death.

Yet like our blessed mother, this present-day mother decided to commend herself and her child into the loving and reliable hands of our Lord.

And Our Lord has been quick to respond. First, a close friend has supported her during this ordeal, in prayer and with sage advice.

Next an internet search led her to us and since contacting us, we have been helping her find a new physician, one who will safeguard the wellbeing of her and her child.

Aid to women, political action, and education, wedded in prayer, are components that we at the Quebec Life Coalition, with your support, are using to destroy the beast which is abortion.

Here are other examples. On Saturday, November 4, 2017, over 35 persons met in Montreal to discuss the political structures that undermine the culture of life in both our province and country. Four speakers and a plenary session focussed upon concrete actions that may be taken to influence the forthcoming elections – in 2018 provincially and the following year, federally.

The very next day, we concluded a 40 day prayer vigil for the end of abortion. On the streets of Montreal, we prayed and fasted daily from 8 a.m. to 5 p.m., in plain sight of Montrealers and others who travel along the busy intersections, offering education about the pro-life message to persons interested and willing to stop to talk with us about the issue of abortion.

Aid to women, political action, and education, are the concrete ways we are engaged at defeating abortion, all the while petitioning our Creator via prayer and fasting.

Thank you for your on-going support at building up a culture of life.

Wishing you all a blessed advent preparation,

P.S. Have you considered becoming a monthly donor? A steady source of revenue, however small, represents an important affirmation for the work that we do. 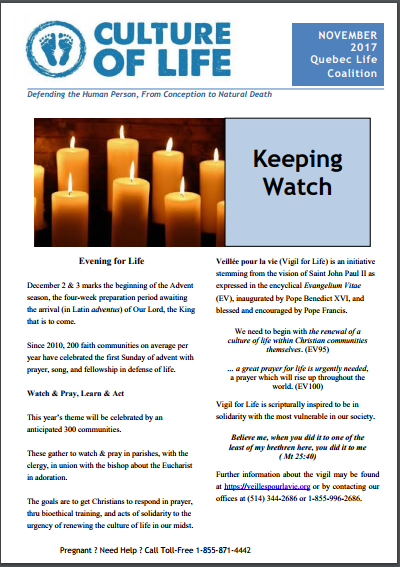