Defending the Sanctity of Life

A friend emailed me the following excerpt from an article written by Jonathon van Maren entitled "The Reformed Case for Pro-Life Action." The full blog appears here. 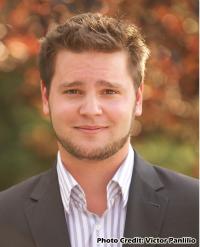 It seems that there is an increasingly prevalent attitude among Christians that it is somehow wrong to ‘offend’ people, and that since pro-life activism will inevitably offend people, it should therefore be avoided.

First, I must point out that a message that involves telling the culture at large that they are murdering their children isn’t going to be popular. If it was, we wouldn’t have the problem.

Second, it is an extremely un-Christian and un-Reformed idea that just because our message of truth might not be welcomed by the world, and thus persecution may result, that we should avoid it. If Christians are so at peace with those who believe that killing unborn children is permissible that offending them is “un-Reformed”, it is perhaps necessary to take a second look at this unholy alliance and consider whether or not it is right in the eyes of God who values all life created in His image.

If churches are indeed the consciences of nations, and those consciences have fallen silent, we can scarcely be surprised that things have gone horribly wrong.

The Bible demands that we protect our unborn neighbours.

Our Reformed heritage shows us that our forbearers did not feel that it was in any way sinful to oppose evil in the public square.

Abortion is the greatest evil in our society, an evil where the innocent blood of millions cries out for justice. We cannot withdraw ourselves from our biblical mandate laid out with such clarity in Scripture to protect unborn children with weak excuses that ignore the demands of Scripture and the examples and writings of our forefathers. Hence, Christian pro-life advocates should not have to defend their action. Apathetic Christians should have to defend their inaction

« Thank you for your ministry. My prayer is that it grows in the name of Jesus. It's beautiful to see people stand up for Life ! » --Émilie
Give to Quebec Life Coalition
abortion