Choose Life at the Ballot

The Honourable Stephen Harper, Prime Minister of Canada, this past Sunday, August 2, 2015, called Canadians to the polls for this October. For additional coverage on Election 2015, click here.

In mid-June I traveled to Niagara Falls in order to attend a conference dealing with the impact of abortion on men. Not only was this good opportunity for professional development but also to meet old friends. I had met Lynn and Scott two summers ago, separately, on the other side of the country while attending workshops dealing with the impact that abortion has on families. 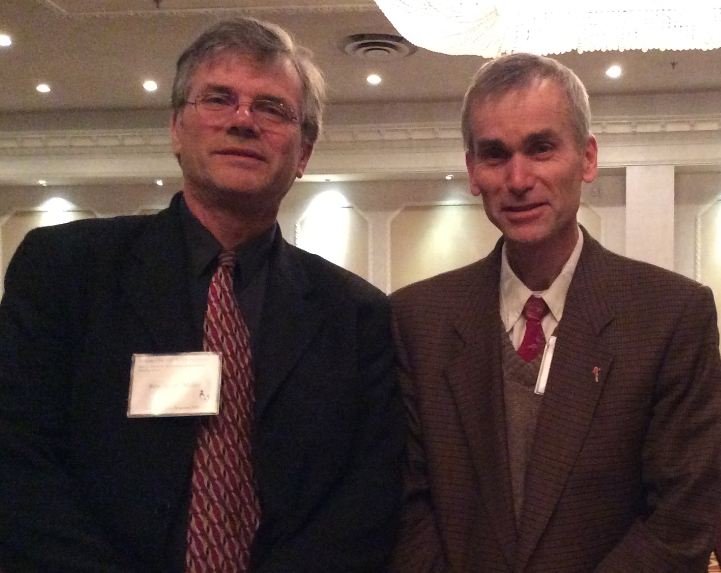 Lynn lives in the Hamilton area and is doing graduate studies in psychology. She brings a passionate perspective to the topic of abortion in that as an adopted child, she vehemently encourages me to do my utmost to help mothers keep the child they are bearing.

Scott, seen here with me, is a Pentecostal pastor and addictions counselor in Winnipeg. His own experience of abortion lead him to start a ministry whose focus is to bring men to fuller restoration in the various areas that abortion has affected them.

An important area of his work came about unexpectedly. He began prison visits, sharing with the detainees his faith as well as his life experiences, including his part in the abortion of his child. To his surprise, his testimony resonated with many. He subsequently learned that many men have a personal experience of abortion, having coerced a woman to abort or standing passively quiet as the woman aborted their child. Many men remain wounded from the experience.

A month later, I was able to renew other ties, this time travelling to Chicago to attend the fifth annual National Sidewalk Counseling Symposium. Two years ago I participated for the first time when it was held in the Minneapolis/Saint-Paul area, meeting Fr. Frank Pavone, founder of the Priests for Life ministry and Mr. David Bereit co-founder of the 40 Days for Life prayer movement for the end of abortion, persons committed to ending abortion.

At that time I had traveled with Enza Rattenni, the director of the Toronto Aid to Women pro-life organization operating in Toronto. It was a blessing to see her again this year in Chicago and to share about our respective battles to defend life.

As to the next gathering I didn't have to travel as far. Our yearly and quite popular corn roast was on Sunday, August 16 at 12 pm at our offices (3330 Rivier St. Montreal, H1W 3Z9), on the grounds of St-Émile church. This yearly event consists of partaking on some fine fare, sharing stories, and listening to a conference. On this latter point, the Rev. André Blais will shared his reflections on the topic of the upcoming Synod of the Family set for later this year in October. His thirty minute presentation was appreciated and after a dessert break we reconvened for a question and Answer period. 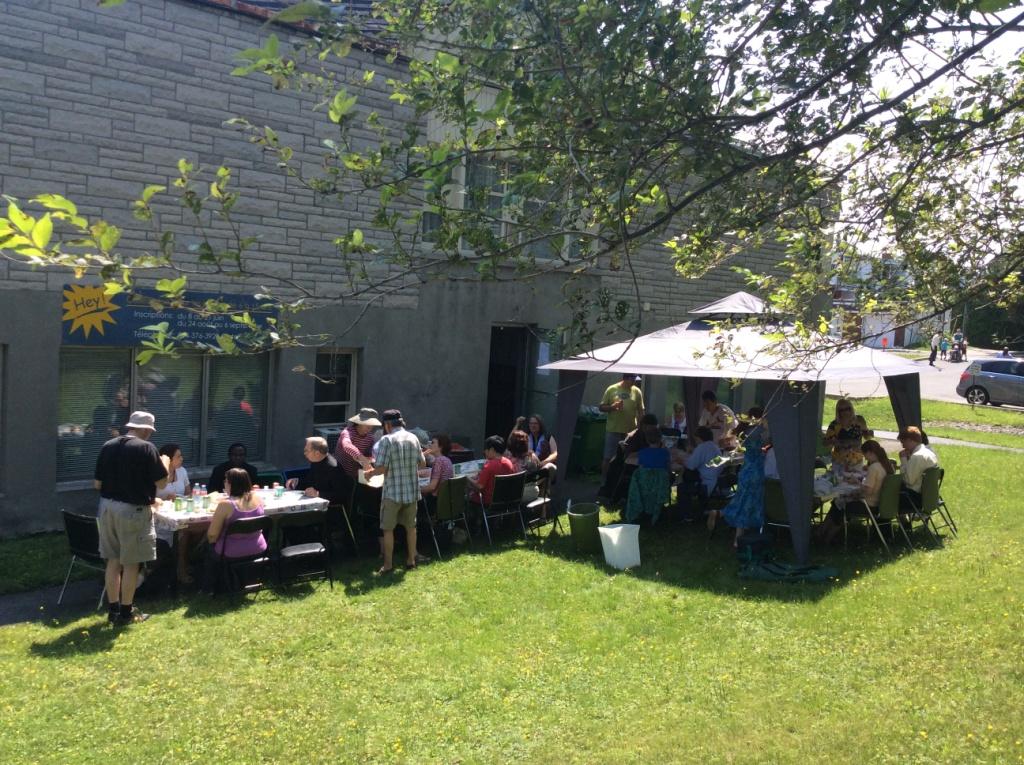 I wish to thank you for your on-going support. Doing so helps us to network with other groups and persons across the country and in other countries to build a culture of life.

P.S.
We have yet to hear from Judge Chantal Lamarche. On Tuesday, June 16, 2015, her honour presided the judicial hearing to determine whether an injunction will be set concerning our sidewalk counseling ministry. As Judge Lamarche did not render a decision on that day, she has up to six months to do so. Please invoke Saint Michael on her behalf as undoubtedly she is under a lot of spiritual and worldly pressure to decide according to the ways of the world. 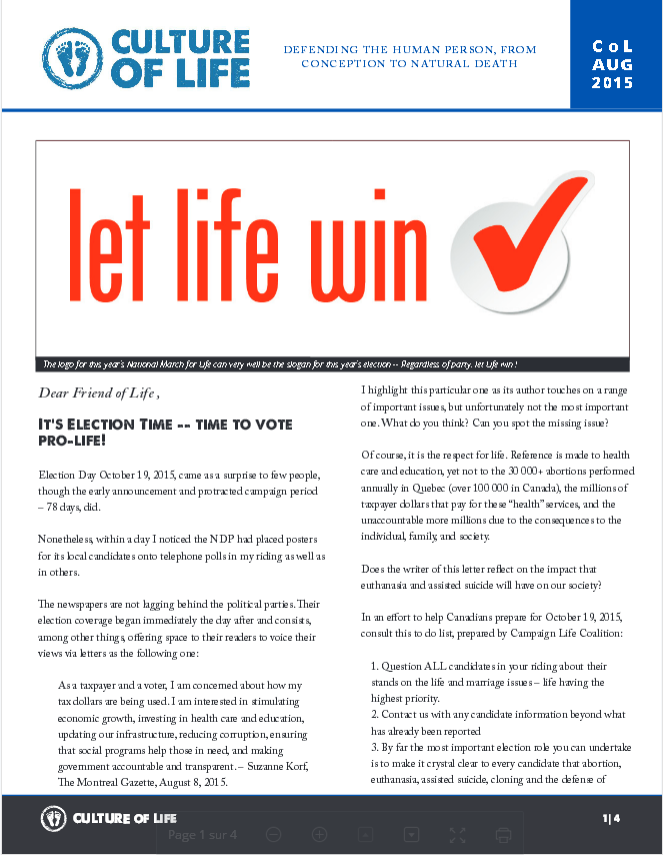