Here's CLC's June promotional letter. Not only does it provide a good review of the recent National March for Life in Ottawa, but also describes regional marches across the country as well as other pro-life initiatives such as the Crossroads Canada and the "New" Abortion Caravan. Enjoy.

The National March for Life flowed through the streets of Ottawa, noisily, joyfully and with chants and cheers, as I'd predicted. The streets were teaming with people who had decided they would march to bring truth back to the discussion, to the public square and to public office arund the country.

The crowd was numbered at 19,500 by CLC National President jim Hughes. However in a delightful twist of fate, the Globe and Mail reported us at 20,000. We'll take it! In fact, this year the overall media coverage of the March was more balanced than it had ever been.

Stephen Woodworth was one of almost 20 MPs who appeared on the Hill and received a genuinely warm and enthusiastic welcome from the crowd. He was eloquent but it must be said that actions speak louder than words and his Motion has generated a discussion prolifers in our country are grateful for. Whatever support is lacking from his party is made up for by the strong support from all of us. The MPs spoke briefly but eloquently and we were grateful for their presence and supprt. The RCMP was concerned about security, given the student protests in Montreal and decided to block off 3/4 of one side of Parliament Hill, but frankly the optics were terrific. The tiny group that came to deliberately disrupt a peaceful rally were dwarfed by the amount of space they had been given. All my interactons with the RCMP were polite and professional and they seemed to want to protect the pro-lifers. Some were more gruff than others, but we know these events can erupt with the malfeasance of jsut a few.

The Rally and the March are not the beginning and end of course. The Youth Banquet had over 800 students and the Rose Dinner had over 300 adults. Our respective speakers, Rev. Patrick Mahoney and Steven Mosher were excellent and well received... The workshops that were attended the next day by hundreds and hundreds of students, equipped them for service or for activism in the pro-life movements. They were being instructed in ways they would not have received elsewhere, with holy boldness and love. It was very moving to withness the development of the next generations.

Around the country, 4000 pro-lifers participated in regional Marches. Though only 20 Islanders participated in the March in front of the provincial legislature in St. John's, Patrick Hanlon reported that the largest pro-life demonstration in Newfoundland takes place on Good Friday. This year 300 people took part in that just a few weeks before the March for Life. Furthermore, as Senator Norman Doyle (Conservative, Newfoundland and Labrador) noted on Parliament Hill, there was a large contingent of Newfoundlanders at the National March for Life in Ottawa (they could be seen waving their pronvical flag as they marched). In Halifax, the Nova Scotia March for Life drew about 75 people. Ellen Chesal, Executive Director of CLC Nova Scotia and Andre Turcot, State Pro-Life Director for the Knights of Columbus, addressed the crowd in front of the Province House. A candlelight vigil held the night before was attended by more than 20 people. In Prince Edward Island, at least 100 people took part in the March outside the legislature in Charlottetown.

David Abbott of the Knights of Columbus told the gathering it is a fallacy to believe that a nation can legally and wilfully destroy its own people without also destroying itself." The New Brunswick March for Life, organized by New Brunswick Right to Life took place at the legislature with more than 400 people in attendance. Several members from both the Conservative and Liberal parties attended the gathering. The Winnepeg March for Life was organized by CLC Manitoba, the Knights of Columbus and Life's Vision. Winnepeg Archbishop James Weisgerber told the 433 pro-life activists gathered at The Forks to defend life:"We have to defend life in all of the ways that we can." The crowd then walked to the legislature where they heard testimony from a member of Silent No More Awareness Campaign and were challenged to swell the numbers for next years' march. The Saskatchewan March for Life in Regina drew 500 people while the March in Saskatoon was attended by 220 people. Various Saskatchewan bishops, clergy and reperesentatives of several church groups, members of Silent No More Awareness Campaign and Rachel's Vineyard and other pro-life groups were present at the Marches. The Regina rally was also attended by several MLA's who lent their support to the cause. The Alberta March for Life took place in Edmonton on May 17, 2012. Julius Yankowsky, Executive director of CLC Alberta, estimated that there were over 400 peoole at the March which started at the Alberta legislature and processed 2 km to City Hall where more speakers addressed the crowd. Participants then walked back to the legislature for the closing ceremony. More than 1,800 people participated in the fifth annual British Columbia March for Life in Victoria. "Our intention here today is to peacefully and prayerfully bring attention to the victims of abortion in our province," said BC March for Life media spokesmwoman, Anastasia Pearse.

Across the country the Spirit is moving and so are the young adults. Crossroads Canada, a non-profit pro-life organization, dedicated to the renewal of the Culture of Life, has begun its journey. The students left Vancouver B.C. heading to Ottawa. They will be walking for a total of 12 weeks, in shifts day and night, Monday through Friday, all the while, praying for the unborn. On weekends the Crossroads Walkers will be staying at host homes and giving presentations to Churches. Look for them in your area. (Their blog will keep you informed about their travel.) 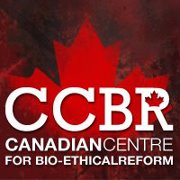 Meanwhile a different approach starts on May 29th, with the Canadian Centre for Bioethical Reform leaving Vancouver in the "New" Abortion Caravan. For those of you who don't remember, in 1970 a group of radical pro-abortion feminists gathered outside the Vancouver Art Gallery to start a cross-counry trek to Ottawa to have abortion laws repealed and have abortion on demand. 42 years later, the New Abortion Caravan seeks to boldly show the death and destruction that has been caused by the "choice" of abortion. A picture paints a thousand words; a CCRB picture, a thousand souls.