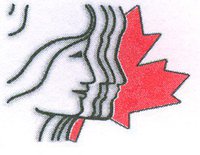 I received the following email from R.E.A.L. Women of Canada. (The acronym stands for Realistic, Equal, Active, for Life.)

On the one hand, it summarizes the parliamentary debate about Mr. Woodworth's motion - C-312, this past Thursday, April 26, 2012.

On the other hand, it requests us to act. This non-partisan and non-denominational group is encouraging Canadians to write the Prime Minister to let him know that you support the motion.

It also suggests that we contact your Member of Parliament - MP.

I mailed a similar letter to both and, within days, I heard back from my MP - Honourable Stéphane Dion, but not the PM.

I encourage you to do likewise. Let me know what results you have had.

Here's a copy of the correspondance from REAL Women of Canada:

In his Motion, Mr. Woodworth has proposed that a Parliamentary Committee be established to carry out this review of Section 223 which was included in the Canadian Criminal Code when it was passed into law in 1892. Section 223 was based on the English Draft Code of 1878, which in turn, was based on judge-made law (common law) decisions handed down in the eighteenth and nineteenth centuries. At that time it was necessary to decide when human life begins in order to determine whether a charge of murder could be laid on the death of a child. This definition then was based on the limited knowledge and standards of those previous centuries.

Modern science and technology have enormously broadened our knowledge of human life and development in the womb from that of the previous centuries. It is only reasonable, therefore, that a review of Section 223 of the Criminal Code should be carried out at this time in order to update the provision to conform to the present medical and technological knowledge.

Mr. Woodworth’s motion was given its first hour of debate on April 26, 2012. Prior to the debate that same day, during Question Period, Prime Minister Harper stated that he would vote against the bill and further stated, that it was unfortunate that the House of Commons committee had selected the Motion as being a votable one.

Outside Parliament during the debate, approximately 50 pro-abortion activists demonstrated against the Motion. Their demonstration received large media coverage from CTV, CBC, and Global Networks as well as the National Post, Globe and Mail and Toronto Star. It is notable that the latter media have studiously avoided coverage of the 15,000 + people rallying in front of Parliament during the annual March for Life event.

Another hour’s debate on the motion will take place possibly in early June or September 2012.

It is important that the Prime Minister and MP’s hear from the public about the importance of this Motion. It must not be shut down by a biased media and the pro-abortion activists, who do not want a debate on the critical issue of abortion in Canada.

Please contact the Prime Minister and your MP urging their support of Motion M-312.

Your MP, House of Commons, Ottawa ON K1A 0A6