A “Students For Life” event organized in Montreal 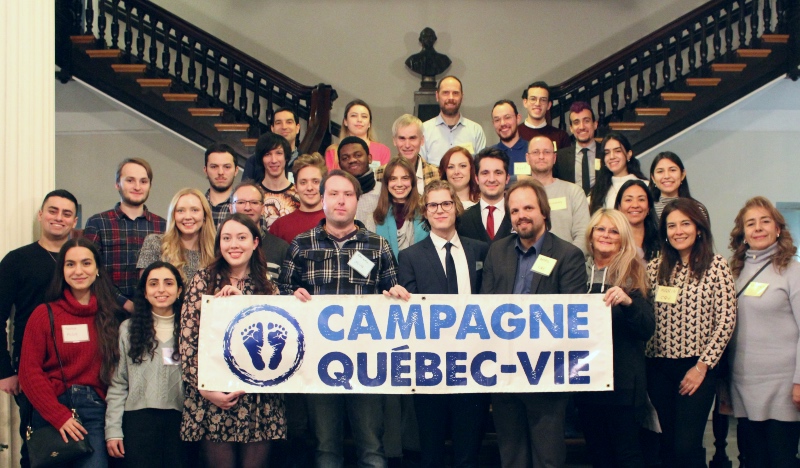 By Joanne of Arc for Quebec Life Coalition — Photo : Joanne Of Arc

Director of Political Operations, Arpad Nagy, organized a conference in Montreal to encourage pro-life students to come together and network, while discussing the culture of life in Quebec.

The event was well received, students were grateful for an opportunity to meet in person and discuss with like-minded individuals that care about human rights and defending life from natural conception to natural death.

Maeve Roche spoke on behalf of Campaign Life Coalition. She mentioned the importance of reaching a demographic that is most likely to seek an abortion in the instance of an unplanned pregnancy. That is why university and college pro-life clubs play an integral role in reaching those students before it's too late and providing support after an abortion. Kim, CLC'S Assistant Youth Coordinator gave a touching speech about her personal testimony of how she became pro-life. 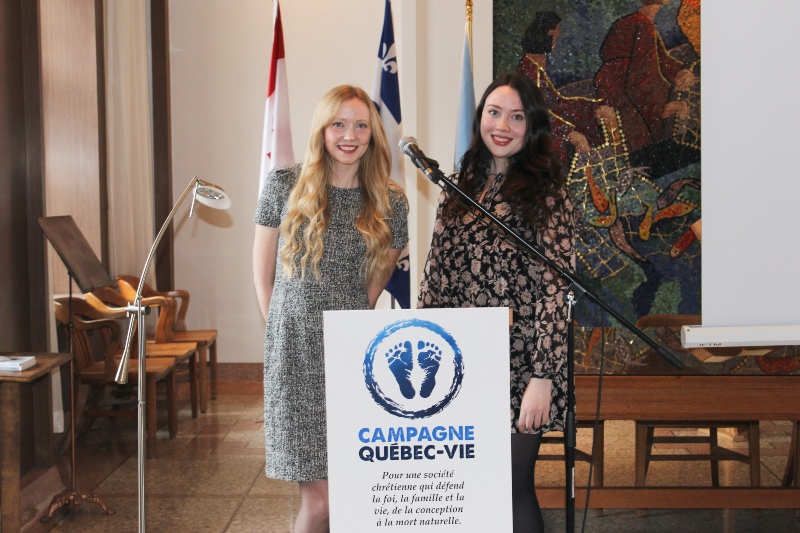 Maeve and Kim from Campaign Life Coalition before giving their presentations — Photo : Joanne Of Arc

Blaise Alleyene spoke about his experience of over a decade and a half in the pro-life movement and his work at CCBR. He presented a short movie on the atrocities of abortion and gave the students a protocol to follow in order to reach specific goals that would ultimately reduce the number of abortions to 0.

Katie Somers from TRTL spoke about her numerous encounters with people from various backgrounds that demonstrated a change of heart on the topic of abortion. She did an excellent job at making the students laugh.

Brian Jenkins, Vice-President of Quebec Life Coalition spoke about his pastoral work. He shared the story of Julie that has touched him particularly in his ministry.

Merichel Diaz made an appearance to invite students to participate in a training the following day with the group she co-created Montreal Against Abortion.

Finally, Philip from a pro-life group for students called Action Vitale, briefly presented and shared how his team came together and has evolved since. 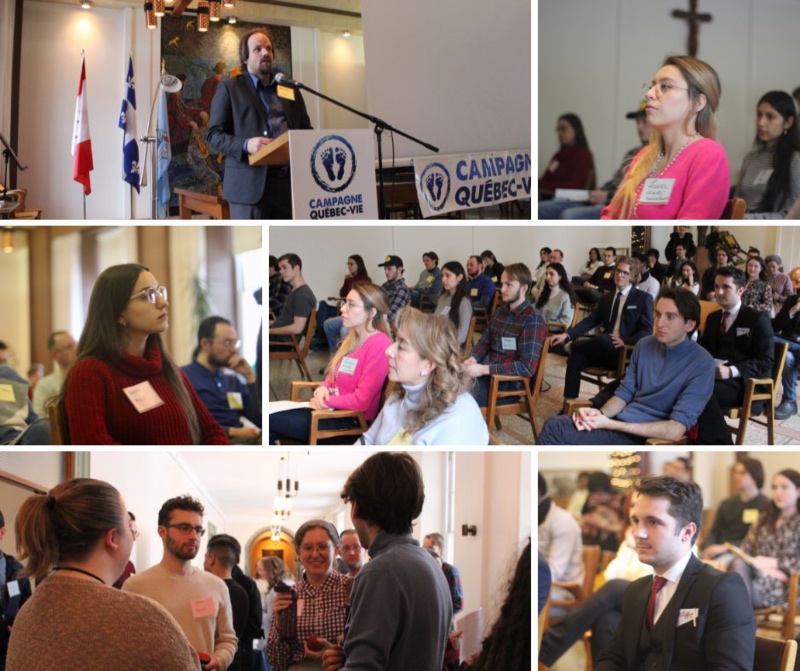 A collection of photos from the event by Joanne Of Arc

If there is one thing that needs to be remembered from this event is that all of the presenters seemed to agree that working in the pro-life movement changed them. In other words, a conversion of the heart took place for them. The meaning of the value of life took a much deeper purpose. Even the way sexuality was perceived and the way men and women treated each other took on a whole new meaning, because there is now an understanding that sexuality leads to the creation of life which in turn is sacred and cannot be eliminated.

Some of the participants raised questions after the presentations. One of them inquired about the importance of educating youth on the virtue of chastity, which could ultimately reduce the number of pregnancies and abortions. Blaise from CCBR agreed that it was an important point that should be explored in parallel to the education on the reality of abortion.

The purpose of organizing this event early in the year was to start the year strong and focus on ways to install a culture of life in Quebec.

Young adults walked out informed and networked after our Students For Life Event. Many seemed motivated in order to make a real change in their communities to install a culture of life.

Arpad Nagy, our Director of Political Operations reported that the following day, a few people that attended the event on Saturday had their first experience doing street activism on Sunday with Montreal Against Abortion. It appears the event yielded some fruits already and it's only the beginning of the year!