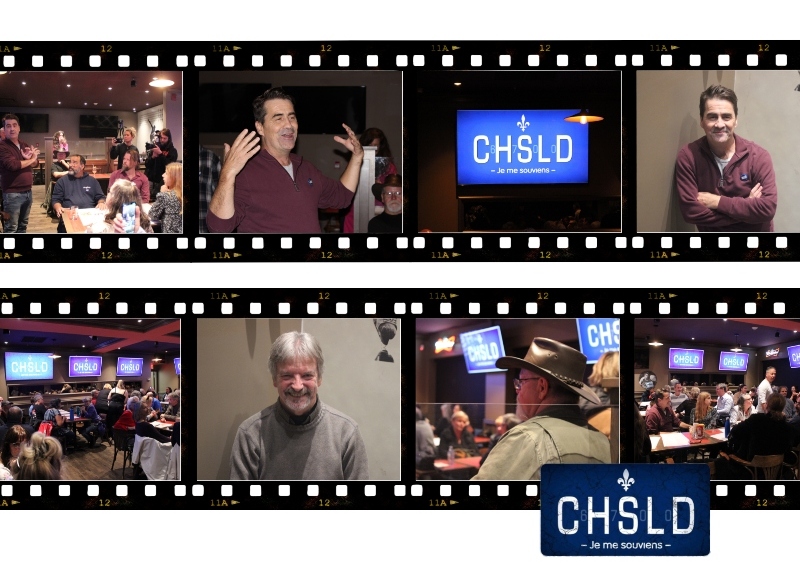 In Montreal, on Wednesday, September 28, there was an exclusive screening of the film "CHSLD - Je me souviens" [LTC Homes – I remember] directed by Sylvain Laforest, about the 6,700 victims in Private senior's residence (RPA) who were seriously affected from spring 2020 to spring 2021.

The magnitude of what happened to the elderly, who were in a capacity deficit in our society during this time of crisis, requires an independent commission of inquiry. The documentary brings to light through several testimonies the abominable way in which people at the end of their lives were treated in Long Term Care Homes (homes for the aged).

To go into detail, although it is difficult to share, the seniors in the LTC Homes were denied water for 10 days so that they would not fill their diapers. Then they were denied vitamins C and D. Finally, they were neglected when their mouths were full of vomit and their diapers were full. The nursing homes floors were empty of staff members and those who were present were overwhelmed with their responsibilities. Many of the decisions that were made under these circumstances lacked empathy and humanity towards the residents.

For example, one account in the documentary tells us of a senior who was locked in his room with several padlocks placed on his door, as if he was an animal in a cage. The elder in question resisted with all his physical abilities and destroyed the padlocks by forcing them. Imposing all this for the sake of public health and safety?

What about the mental health of the residents of these centers? They could not even walk to get some fresh air, see or touch their loved ones, and the only activity they were allowed was to watch television, which did nothing but talk about the virus and spread fear 24 hours a day, 7 days a week.

In the documentary, retired professor, ex-psychologist and author Lucie Mandeville talks about this fear. Fear is one of the strongest emotions in human beings that will create traumas in the individual. People at the end of their lives in LTC Homes have not only been neglected, but traumatized. These are serious consequences to which we have turned a blind eye.

In an interview with Quebec Life Coalition, Mrs. Mandeville shares that her main motivation for participating in this documentary was to know that if her mother had been in one of these centers during this period of crisis, she would have been killed by the health measures. "My mother has dementia; if she had been cut off from her loved ones during that time, I know she would not have survived. My main motivation is to advocate for seniors who need to be around their loved ones. Because when people are at the end of their lives and losing their autonomy, what brings them the most security is to be with their loved ones. I knew very well that when they imposed the confinement, it was malicious. Or else, they had not consulted psychologists or gerontologists to make this decision. "

When asked about the risk of this happening again in nursing centers in the future, Lucie Mandeville replies:

"Absolutely. We know that it takes 21 days to change a habit, and we have been living in a culture of paranoia for almost two years now. That is to say, we have to watch out for the virus everywhere. People have been frightened and fear is very difficult to manage, you can't instantly tell a person to stop being afraid. So what they have done on the one hand is to scare people, and on the other hand, they have developed a culture of sanitization. Now you have to clean everything everywhere and it's dangerous if you come in contact with germs. It's completely insane, because germs are part of life, that's how you get a little stronger. So yes, I'm afraid it's going to get worse and worse and that's why we have to make documentaries like this."

Not only were the residents of LTC Homes neglected, traumatized and isolated, but their wishes regarding vaccination were not respected.

Residents of LTC Home were forced to be vaccinated at the end of their lives, even if it was against their will, as in the case of Richard Caya's mother. Mr. Caya had an exchange with his mother by phone, during which she shared with him that she did not wish to be vaccinated. Richard Caya did not expect to find out a few weeks later that his mother had been vaccinated against her will. She had also been given Demerol, a powerful narcotic painkiller, even though she was not complaining of pain. In fact, Mr. Caya's mother was in great shape before all this. Unfortunately, after all this, Mr. Caya's mother died. When he asked for an autopsy, it was categorically refused and the doctor in question admitted to him that he could not prove anything.

During this period, a letter was sent from the Quebec Ministry of Health and Social Services ordering autopsies not to be performed on deaths that occurred in LTC Homes.

What no one wants to talk about, but which the documentary brings to light through all the testimonies, is that people in the LTC Homes were executed. We allowed the government to take totalitarian measures in the name of public health that killed people. The government was screaming all over TV that we need to save lives, while they were silently putting a plan in place to eliminate them.

How did we allow this to happen? By weakening seniors through isolation and lack of human contact, lack of vitamin C and D, lack of water and other atrocious neglects, we allowed their lives to be ended prematurely. In addition, the residents at the end of their lives experienced mental and physical debilitation accompanied by brainwashing through the news that spread fear and panic. What a sad way to accompany people in their final days, what a cruel way to let people go from this world...

The documentary confirmed through the many testimonies presented that negligence, lack of vital care, isolation and non-respect of the family's or the elder's wishes regarding vaccination played an important role in many deaths in LTC Homes.

After the private screening of the documentary, we had the opportunity to speak with Sylvain Laforest, the director of the film. Mr. Laforest has directed more than a hundred documentaries for major broadcasting networks, then worked as a journalist for the news channel RT-France and in video journalism for Nous-TV St-Hyacinthe. Currently, he lives from the sale of his books and dedicates his time to projects that are close to his heart, such as "CHSLD - Je me souviens" [LTC Homes – I remember]. 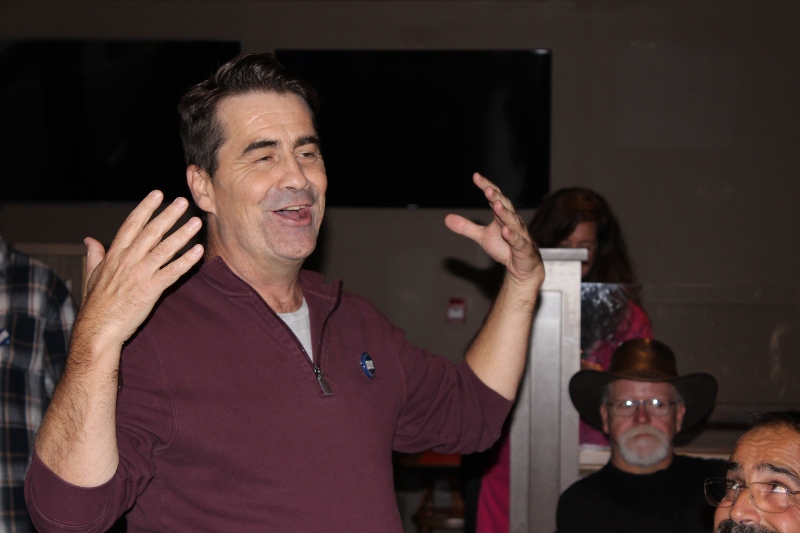 Sylvain shares with us his motivation behind the realization of this production:

"When they decided to make the vote not to proceed with a public inquiry - it had been already 2 and a half years that the government was encroaching on all our rights - it was the cherry on the sundae for me. I said no, no! It is unacceptable that there is no investigation! I wasn't going to let them sweep the LTC Homes stories under the rug.

He adds: "It was really because it had to be done, especially before the election. Not only should Legault not be elected, but he shouldn't even be allowed to run. This guy, he should already be in Court right now for what happened. It's total nonsense. That's why I decided to make the documentary.

Asked if he expects the documentary to be censored, Sylvain replies:

"Not as much as one might think because the documentary just gets the truth out through the mouths of those who lived it. Then, we are in a movement where information is starting to come out more and more." Finally, Sylvain concludes that certain measures that no longer have any reason to exist persist in LTC Homes. Vitamin D is still not given, visits are allowed, but only one person at a time, "we are still in a genocide operation and for something that no longer exists [...]".

"It is a very relevant report to see what happens in LTC Homes. It was well worth my time to travel and see this. It is very surprising to see in detail what happened. In fact, it destabilized me to see that." She adds: "The world should see this report on a large scale. What a shame that people won't be able to see it on TVA or any other major channel. And if they don't see it on TVA, they probably won't believe it [...] But it's a genocide they've done. They've euthanized our elders!"

In conclusion, the Macarons de la Dignité group provided an evening where people were finally able to discuss the truth about what happened in the LTC Homes. Sylvain Laforest's documentary reminds us that it is our collective and individual duty to uphold the dignity and sanctity of all human life. It is therefore his priority to ensure that an independent commission of inquiry is set up to ensure that those responsible are identified and judged for their responsibilities.

The documentary will be available to view on various public platforms starting Friday, September 30 at 7:30 a.m., including the Facebook page of Macarons de la dignité.