We wish to thank you all for your on-going support of the Quebec Life Coalition and its mission of defending faith, family and life, from conception until natural death.

Your prayers, your donations, and your words & deeds all foster a culture of life furthering Our Lord’s commandment to love, to change hearts.

Changing hearts is at the core of our faith tradition. In the Old Testament we read, “I (the Lord) will give you a new heart, and breathe a new spirit into you; I will take away from your breasts those hearts that are hard as stone, and give you human hearts instead.” (Ez, 36:26)

The New Testament announces the gifts that the Spirit supplies us with to carry out this work.

The Importance of the Father

Father’s Day is upon us, Sunday, June 17, 2018, and these tools are vital to the station of fatherhood.

Vital because an often cited reason why women choose abortion is related to the father.

For example, over a ten-day period two years ago, I received six phone calls from women asking for our help because they were being coerced to abort the child they were carrying and in three of these instances it was the father of the child doing the coercing.

These incidents are not isolated. This past April, I received a call from a young woman who left Gatineau to seek refuge at a friend’s place in Montreal-North so as to avoid the father of the child she bore because he too was pressuring her to abort.

Fortunately, in this latter case, a friend offered sanctuary, permitting the young woman the time to establish herself on a more secure footing and to continue with the pregnancy.

If only all such cases ended so well.

Fatherhood is an important determinant in the viability of the unborn.

Author and psychologist Dr. G.C. Dilsaver observes that fathers learn that “it is only by imitating Our Lord’s headship over His Church, that men can lead their families to become what God intended, and empower them to resist the threats of secular culture.”

Writer Steve Skojec recognizes that left unto ourselves, men are inadequate creatures to care for their families: “… like so many men of my generation, I don’t really know how to be a man, much less a good husband and father. I have a God-given authority over my family that I’m pretty terrible at using well. And there’s something about having to look it up on the Internet that seems to defeat the purpose.”

Skojec has come to see the importance of humbling oneself and to pursue wisdom by speaking to other men, known and respected, and draw on resources “in hopes of finding good advice.”

As Father’s Day approaches we pray that this day stirs men to the material and spiritual roles they are called to be as husbands and fathers in the lives and welfare of their families. 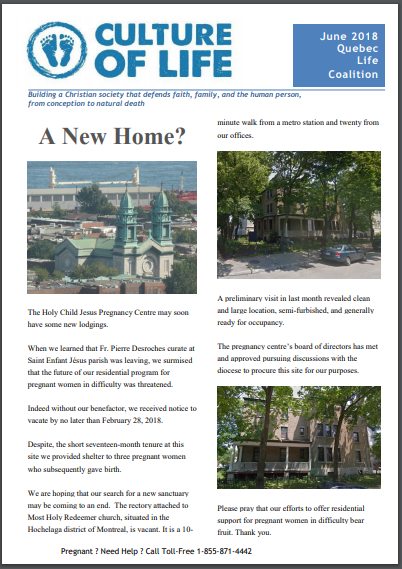