A growing youth-movement story being missed by the media 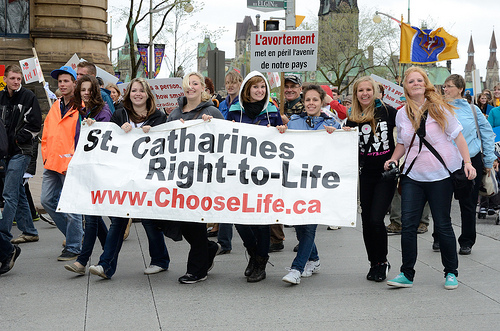 After shouting on Parliament Hill last Thursday with a crowd the size of a small city — 19,500 people-strong I’m told — it seems obvious to me that there’s a new normal among Gen Y and the Millennials taking over the scene.

It’s not one that would have been expected to emerge 20 years ago during the rise of third wave feminism or one that 1970s politicians would have anticipated. It’s one that has been moving into the mainstream, making headlines in last week’s national newspapers and challenging perspectives of today’s MPs, many of who are accustomed to pro-abortion rhetoric prevalent among the Gen X-ers and baby boomers.

Residue from 1960s activism has condemned voices from my generation — Gen Y — as “anti-choice” or intolerant if we dare to disagree. Who would have expected so many Canadian citizens under the age of 35 to be adamant about bringing attention to the fact that a baby in the womb is to be recognized for what it is — human and deserving of full human rights?

Despite what a former generation might be trying to assert, the younger generations are immensely in favour of legal protection for the unborn and safeguarding the physical and emotional well-being of all women. 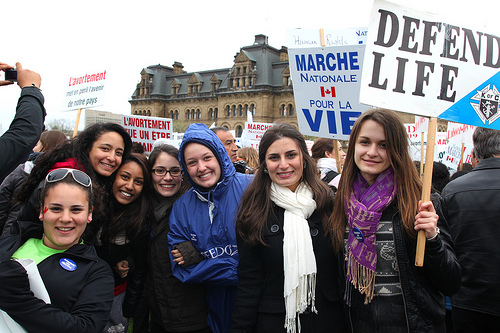 This new normal is not just based on observation of the crowd on Parliament Hill last week. Recent polls have been picking it up.

Going beyond the polls, over the past five years, teams of 20-somethings have visited politicians on the Hill every November to express their grief at Canada’s continued killing of the unborn and to advocate for protection of babies’ lives by law, before they are born. Then, there was also last year’s Defund Abortion Rally at Queen’s Park; the Letters for Life movement — founded and directed by teens; the growing movement known as the National Campus Life Network; the countless members of pro-life student clubs on university campuses and high schools across the country; the When Am I Human campaign — founded and fuelled by individuals under the age of 30; Bound4Life Canada, and Campaign Life Coalition’s pro-life youth movement to name a few more examples of pro-life youth and young adult initiatives.

These are 100 per cent dedicated to going against what’s force-fed in public schools while standing for the truth — plain and simple.

In our own community, several students from the University of Guelph and at least two bus loads of teenagers headed to the Hill this month to participate in bringing awareness to an issue they believe is worth making a ruckus about.

There’s no denying, it’s an emergence of a new normal. It’s one much different from the Trudeaumania-filled days of 1968 and it’s happening right here, too. Until last week, this young-people movement has swept the country but without recognition from the media.

Why the lack of coverage? With a movement this strong, why has there been silence from journalists across the nation? Could it be that, like many of our MPs, our media is still governed by those who dare not oppose the creed of their day in order to escape being branded as intolerant or a woman-hater or anti-choice? 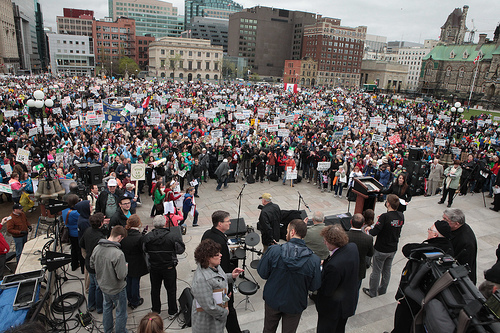 As a result of the May 10 gathering, abortion proponents need to recognize that Gen Y and the Millennials have a different perspective that is quickly rising. Downplaying it, and threatening it with name calling, won’t make it disappear.

(Vanessa Sproule is Program Manager for the Guelph and Area Right to Life.)