"NO TO A MORGENTALER PARK" IN MONTREAL 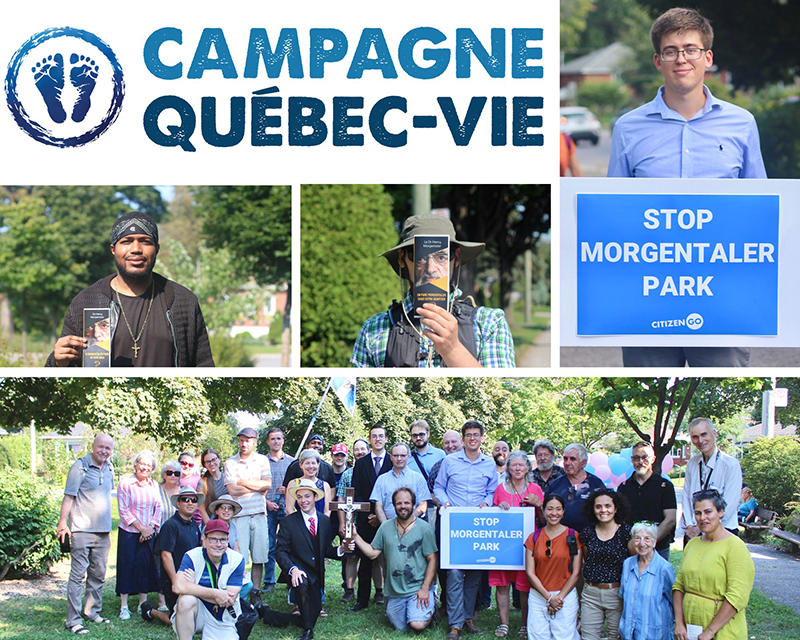 On September 10th, Quebec Life Coalition organized an event in Montreal, at Beaujeu Park to protest against it being renamed after Dr.Henry Morgentaler. This physician, who died 10 years ago, was a Jewish doctor of Polish origin who dedicated his life to promoting a culture of death after opening his first abortion clinic in Montreal in 1968, just a few blocks away from the Beaujeu park.

The city has been trying to push a change of name through the city councillor, Julien Hénault-Ratelle. The reason for it being : the "good" that he brought women by offering them illegal abortions and his so-called "success" in 1988 with the Supreme Court decriminalizing abortion.

The name of a place or park in the city may seem unimportant to some, but it acts as a witness to history. The study of place names, also known as toponymy, helps to preserve the city's heritage and local culture. The name of a park also communicates the values of our city and, up until now, the Beaujeu Park communicated the history of the Honourable Jacques-Philippe Saveuse de Beaujeu.

The latter was the Lord of Soulanges and Nouvelle-Longueuil, a military officer during the war of 1812 and member of Parliament in 1814. It would be an insult to his memory to remove his name from this park. Meanwhile, Dr.Henry Morgentaler is responsible for at least 80 000 abortions throughout his career. This is the kind of legacy that is about to be celebrated should the park be renamed by the city.

On the day of the event, volunteers gathered from across the city to distribute 650 flyers from early morning across 400 residential houses near the park. The flyers informed about the change of name that is soon to take place, the dubious legacy of Dr. Morgentaler and the atrocities of abortion.

The team of volunteers also worked hard on making posters and trying to blow up 800 balloons that were meant to symbolize just a small portion of the lost lives through the hands of Morgentaler. Seeing the park filled with those balloons made it scary to imagine that this was only 1% of the 80 000 abortions committed by Morgentaler...and yet the park was full of them. 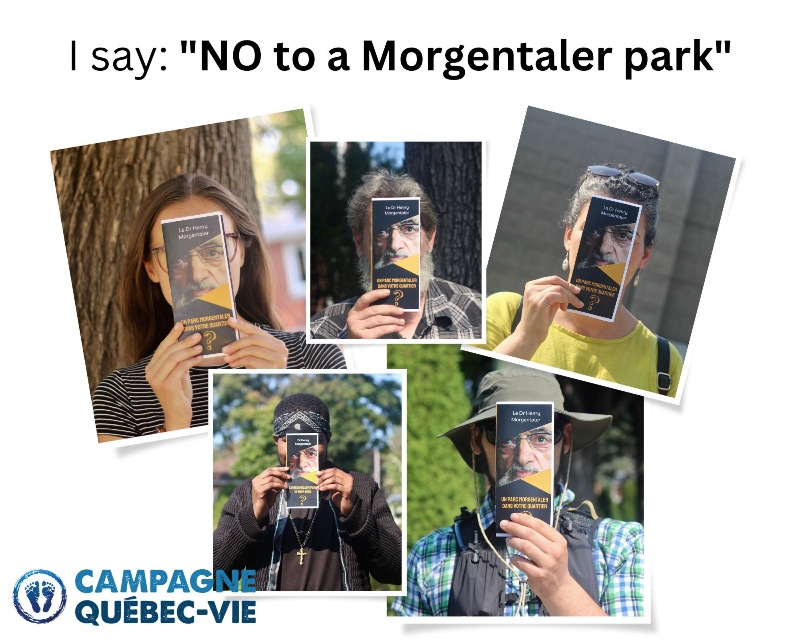 The event was attended by a local hip-hop artist Mayne Champagne who wrote a pro-life song called Vanity, as well as James Shadenberg from CitizenGo, who flew in from Toronto specifically for the event and has gathered almost 10 000 signatures so far on his petition against the park being renamed after Morgentaler.

Neighbors of the park stopped by the event and spoken with our Director of Political Operation, Arpad Nagy, and were shocked to find out that the park in their neighborhood was to be renamed after Dr.Morgentaler. Some of them were fond of the name Beaujeu and did not understand why the city would not ask them for their input before renaming the park. One lady from the area was astonished to hear that there were no abortion laws at all in Canada, and that a child could be aborted until the day of birth.

There was also a time dedicated to prayer for the victims of abortion and to remembering their lives. Overall, the hearts of the attendees and the neighborhood were moved. People were also incited to take action and contact their local mayor to stop the park being renamed through the information given to them in the QLC flyer.

To view all the photos of the event, please visit our Facebook page.