#CFDCDE">In the days leading up to this fall's prayer vigil, I hope to profile the fourteen other registered locations in Canada hosting the 40-day for Life gatherings. Today, I present the third in the series – Sudbury, Ontario.

Heroic can be the only qualifier that aptly describes Kevin Murphy and his wife’s effort during the first two 40 Days for Life prayer vigils in the city of Sudbury, Ontario. They spent the entire fall 2010 vigil and the entire spring 2011 vigil praying and fasting outside the abortion mill at the Sudbury Regional Hospital. Yes, that’s right, 40 days, twelve hours per day in the Laurentian climes. Heroic. 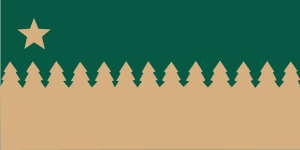 Local drivers along Paris Street would see the couple day in, day out, over the 40 day period and would “eventually get it,” says Mr. Murphy, meaning that his message that life is precious and abortions are not health care would get across.

Aside from courage, another virtue aptly describing Mr. Murphy is docility.  On a couple of occasions he has listened to the advice from others thereby furthering the pro-life and pro-woman messages. In one instance, he heeded the group’s spiritual director suggestion on signs, emphasizing the notions that “Life is Sacred” and “Life Begins at Conception.”

A second time, hecklers, challenging his right to protest if he were not willing to aid women in distress, moved Mr. Murphy. A deeply feeling man, he rethought his work and Providence provided a solution during a trip to Toronto. There, he met with the Sisters of Life, the religious community founded by the late Cardinal O’Connor of New York City for the purpose of helping pregnant women in pregnancy crisis. These shared their experience with him, and he returned to Sudbury with materials and knowledge to put these new measures into practice.

As Mr. Murphy described the different events that had occurred during the vigils, I cannot help but see how God has blessed this man. Staff at the hospital occasionally drops by with coffee and donuts. Generally, he receives more thumbs up signs from passing motorists than the reverse.  Visitors to the site are angelic sojourners - an elderly couple, an inquisitive 16 year-old, providing Mr. Murphy with inspiration.

A lamentable point, he shares, is the minimal support he has received from the institutional church. He is permitted to have bulletin announcements and display posters, but little more. He has been frustrated when he wanted to set up an information table in a church or make an after-mass public announcement. Also, the clergy have failed to come out to the site. Finally, and this is the kicker, the local bishop occasionally drives by and waves to him; could he not stop, even once, and give him an apostolic blessing?

One wonders whether with such little support if the vigils will continue. Yet, Mr. Murphy tells me that he and his wife will continue, though in a reduced capacity - two hours per day this fall. We pray that this fall’s annual Sudbury Right to Life banquet - set for October 1, will bring out sufficient people to aid the Murphys not only this fall but in the time to come.