In the days leading up to the beginning of the 40 Days for Life prayer vigil, I hope to profile the fourteen locations in Canada where vigils will be held. Today, I present the fourth in the series - Ottawa, Ontario. 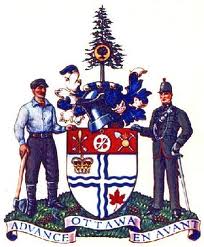 In Ottawa, organizers are coordinating their fifth vigil. Visitors to their web site, click here, will be impressed by the novelty of several of their initiatives.First, the kick-off is set on the grounds of the federal legislative building - Parliament Hill. How many other campaigns can make that claim!

For the kick-off, set for Sunday September 25, vigilers will gather for 7:00 p.m. at Centennial Flame on the Hill. (Originally it was scheduled for the steps of the Parliament building but was displaced because Greenpeace protestors are awaited the following day and the RCMP need time to install barricades.)

Before proceeding in candlelight procession to the abortuary on Bank Street, those present will participate in prayer and listen to several invited guests. First, local Ottawa valley musician and artist Mr. Marcel Dion will lead those assembled in chanting Vespers - evening prayer. Afterwards, Ms. Ruth Lobo, Carleton University student and president of the university's pro-life club, Carleton Lifeline, and Ms. Doris Gagnon, founder and coordinator of local chapter of the Helpers of God's Precious Infants, will address the audience.

A second novel feature of the Ottawa 40-day vigil is the Proclamation of the Word. Occurring daily, between 11:00 a.m. and 1:00 p.m., for the durationof the vigil and done across the street from the abortion facility, Holy Scriptures will be read. Beginning with the book of Genesis and running through to Revelations, proclaimers will announce the word of God to persons in the vicinity of the abortuary.

Campaing Life Canada (CLC) representative Paul Lauzon says that National Coordinator for 40 Days for Life, Mr. David Bereit, has taken an active interested in this project. He likes the idea and and is considering to suggest that it be done nationally.

A third twist to the Ottawa campaign is its outreach program. For various reasons, many persons are unable to visit the vigil location. Hence, two programs have been initiated to permit them to participate, in the measure that they can. The first allows persons to register on line for a specific prayer period, much in the same manner that those travelling to site can. The second initiative is a visitation program whereby volunteers with kits go out into the community to visit shut-ins and others to foster prayer.