After welcoming remarks, I invited two of the fourteen people present to address the group. First, I asked Georges (Quebec Life Coalition President, Mr. Georges Buscemi) to say a few words. He spoke eloquently about the importance of the present vigil, not only that for Montreal but for each of the 300 other locations worldwide. 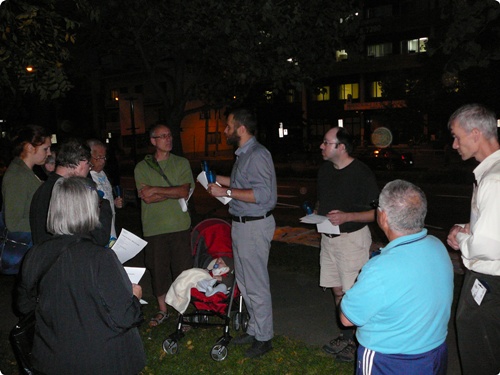 The vigil team is packed with many persons who have participated in each of the previous five campaigns - quite a dedication. I invited one of these to speak next. Charlotte (Ms. Charlotte l'Heureux - a.k.a., "La Memère Charlotte") is seen below sharing her thoughts, which are frequently punctuated with "rimettes" - i.e., an expression she has coined to mean a humourous rhyme. 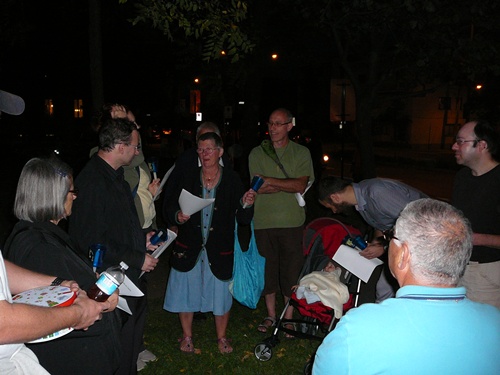 After the two speakers, night prayer was recited, at the end of which we gathered near the banner that had been lain out on the grass next to the sidewalk. Stringing ourselves along and a few of us holding the banner, Gabriel led us in a few closing prayers. Jerry (seen below, third from the left) added to the evening, as he frequently does during the vigil, in a customary fashion, paying his harmonica (not shown). 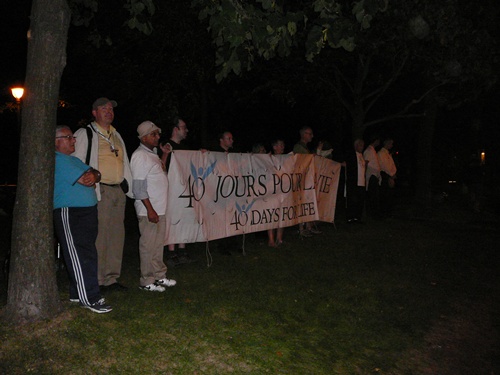 The evening ended with refreshments in the community hall of a nearby convent.

The vigil continues through until Sunday, November 6.