In the days leading up to the beginning of the prayer vigil, I hope to profile the fourteen other registered locations in Canada that will be holding 40-day vigils. Today, I present the second in the series - Moncton, New Brunswick. 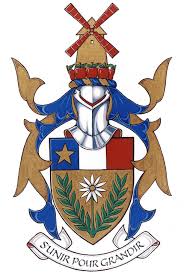 The fall 2011, 40 Days for life campaign in Moncton, NB, is in its second edition. After having participated in the 40-day vigil a year ago in neighbouring Fredericton, N.B., Mario and Rosalie Graziani, with the aid of a few friends, coordinated their first one in Moncton this past spring.

Despite being new to organizing 40-day vigils, Rosalie informs me that they intend to have full 24-hour coverage at the vigil location for the duration of the forty days, which is quite remarkable considering that more established sites like Montreal provide a 12-hour presence per day.

Rosalie credits this feat to the broad community support that the vigil is attracting. She estimated that up to 220 people from various denominations came this past spring. Among the latter were Roman Catholics - including members of the Knights of Columbus, Baptists, and Pentecostals.

This Fall the same vigil location as this past spring has been selected. The Dr. Georges L Dumont Regional Hospital is located in downtown Moncton, in proximity to the Université de Moncton.

Further, Rosalie speaks about the positive effect of the first vigil. Awareness building is reaching the Moncton's youth. Many have been questioning why their classrooms are not as full as they had been in previous generations and why there are fewer children being born. They see increased levels of immigration to build up an otherwise diminishing Canadian population. As they come upon the vigilers praying for an end to abortion, they get it. They can connect the dots; ready access to abortion and hormonal contraceptives has had a devastating effect on their absent peers, insidiously cut short their lives at the very outset.

Rosalie also notes how a young woman, post-abortive, chose life when faced with a subsequent pregnancy and now encourages Rosalie and her team of prayers onward.

Yes, there are hecklers. The proximity of the univesity provides a stream of young adults, and a few teachers, who asperse them with derision. Yet we pray that the prayerful presence, in all weather, can soften their hearts and make them realize the tragedy which is befalling us all.