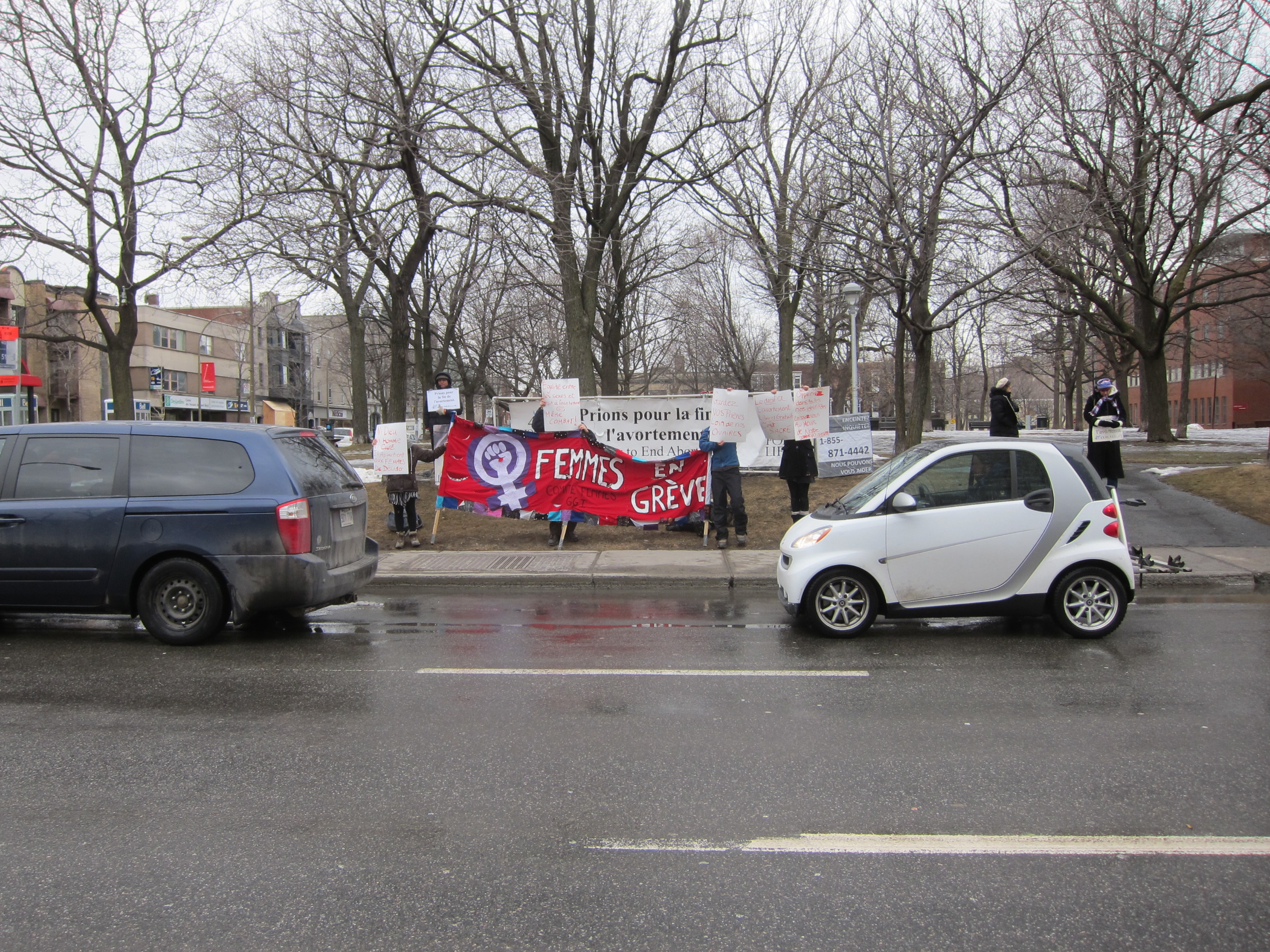 First twenty-five or so "pro-choice" students from Université du Québec a Montréal, banner and noise-makers in hand, showed up at around 11 a.m., parking themselves directly in front of our banner. They stayed nearly three hours, spending this time chanting and enjoying the support from pro-choice motorists. Before 2 p.m. they headed out, going to another demonstration in downtown Montreal. As they left, they swarmed our banner, plastering it with stickers. Fortunately there wasn't any damage.

A couple of hours later a mother, pushing her 18-month old, strolled by and stopped again in front of our banner, homemade pro-choice sign in hand. Caroline stayed for an hour and a half and was joined during this period by Charles, a sympathetic motorist returning from work who wished to stand in support of her cause. Also, shortly after the latter's arrival, another mother and child - this time a seven year-old, arrived, again in support and another mother.

Participants in both groups with whom I spoke confirmed a suspicion I have often had about pro-choicers. Absent from their rhetoric is any reference to and respect for the life in the mother's womb. Rather their arguments emphasize the rights of the mother and her quality of life.

By 4 p.m. the regular prayer hum of the location had returned and remained so until 7 p.m.