In the days leading up to the beginning of the prayer vigil, I hope to profile the fourteen other registered locations in Canada that will be holding 40-day vigils. Today, I begin this series with the eastern-most site - Halifax, Nova Scotia. 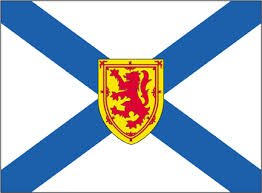 The 40 Days for Life prayer vigil campaign in Halifax N.S., is in its fourth edition. Ms. Julie Culshaw is coordinating the event along with Ms. Anne Ashford Hall.

Ms. Culshaw is finding good support for the project among the general populace. The site's log book, a register that persons coming to the vigil location to pray must sign, noted over 200 different entries during this past campaign, Spring 2011

The vigil has an ecumenical flavour to it. Both Roman Catholics and Christian evangelicals have responded to the call to protest the lost of innocent life and the harm being done to women inside the Victoria General Hospital.

Two events will buttress the 40-day vigil. On the eve of the vigil, September 27, the ecumenical trait will be evident as the prayer warriors and others will gather for an inter-denominational service at St. Thomas Aquinas church.

The second event is a closing banquet. On Sunday, October 30, participants will gather in a Church hall to break bread and listen to guest speaker, Mr. Georges Buscemi! Yes, our own Quebec Life Coalition president. 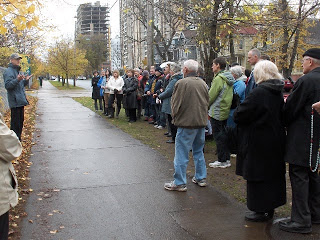 In between both events, peaceful volunteers will gather outside the Victoria General Hospital. At least the prayers will be peaceful. Over the four vigils, Ms. Culshaw reports that she has seen an escalation in hostility towards the 40-days group, aside from the staple fare of slurs shouted at them by passers-by. For example, the first campaign was marked by a single incident of violence - a water-bombed hurled at the vigilers on the last day. On the other hand, on the first day of the last campaign this past spring 2011, an angry protestor violently grabbed and tore the signs belonging to the prayers. Further, a video of the incident was taken and then doctored to further discredit the vigilers; this was placed on U -tube. Fortunately, the Halifax Regional Police have provided professional service when called upon.

Photos and blog for the group may be found here.