The key word for week 3 of the “40 Days for Life” prayer vigil for the end of abortion was “groups.” 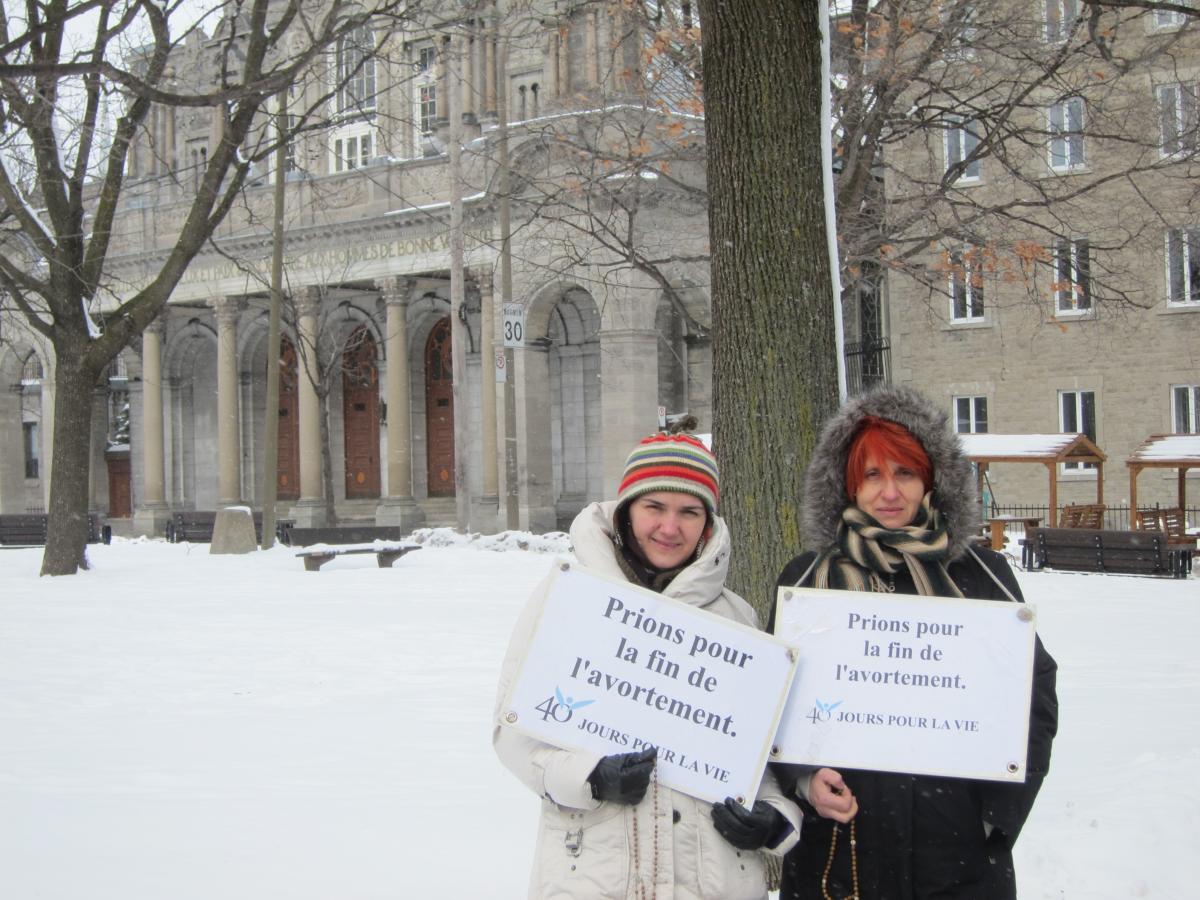 Over the past week, several came to the vigil location to witness for the cause of life. On Monday, it was the Polish community of Our Lady of Czestochowa, led by Father Josef and accompanied by several member of his faith community; in the accompanying photo we see Asha and Elena with Saint-Enfant-Jésus in the background. The following day, six members of the Agape Association of Laval were present, including its president Mrs. Betty McLeod. Finally, on Friday three members of McGill’s Newman Centre drop by to pray a rosary.

This is a positive omen as other groups have expressed an interest in coming to the prayer site – Councils 6497 and 14315 of the Knights of Columbus, the Catholic Women’s League of NDG, and the Legion of Mary preasidium at Our Lady of the Philippines Mission of Montreal. 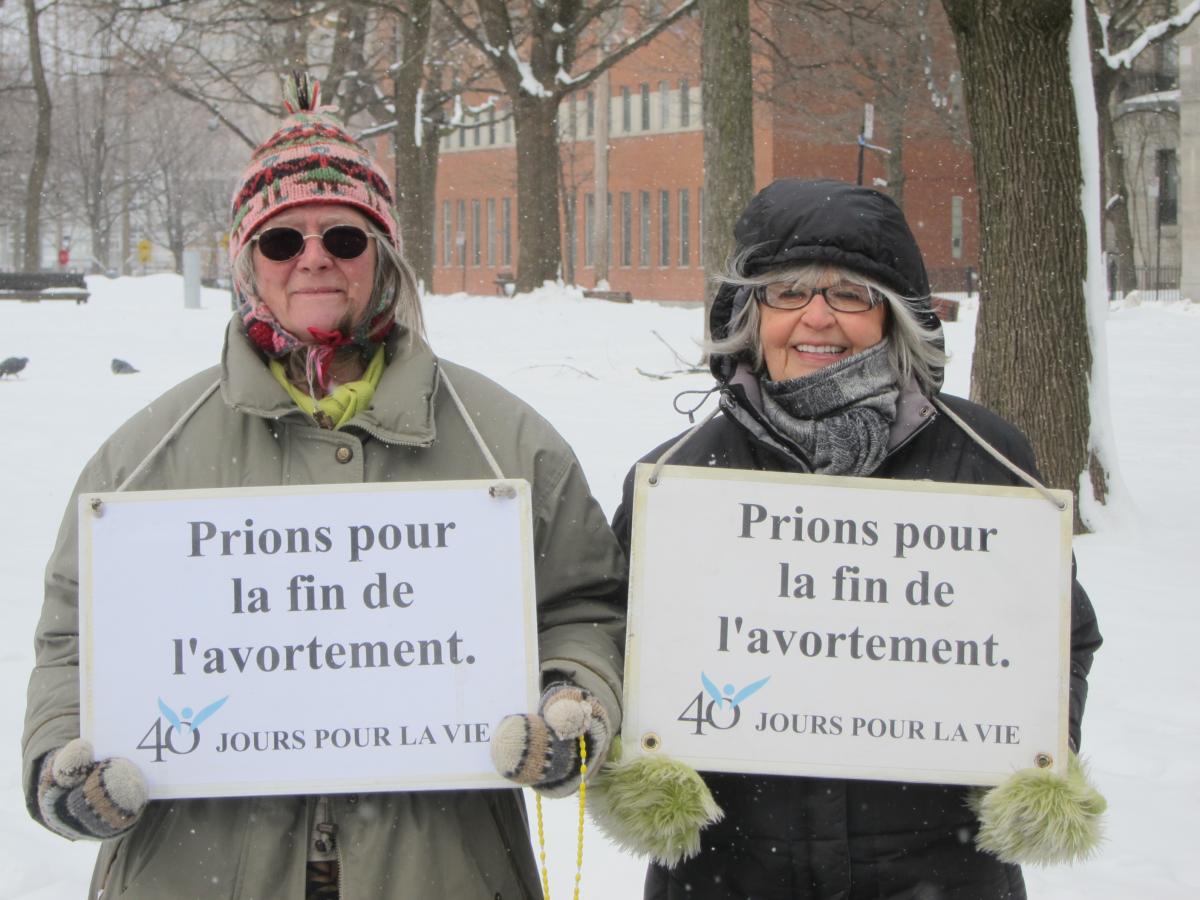 The Weather -Though not as turbulent as the previous week, the weather continues to test the mettle of those at the vigil location. On Wednesday, blowing wet snow had vigilers tucking their heads in as they recited their prayers, while on the previous two days the humidity had participants seeking more frequent breaks. To the right are two of our more faithful prayer warriors - Charlotte L'Heureux and Claire Letarte.

Follow-up - Special thanks to those who responded to my appeal of last week for vigiling during the middle hours of the day. Robin modified his schedule to accommodate the need, Michael volunteered for several two-hour shifts during this period, and Jean-Léon, now on paternity leave due to his second child, has stepped forward as well.

Number of Saved babies? We are up to 238. Bravo! Praise God! Yes, as of Day 19 of the vigil (March 3), 238 babies had been spared from abortion. May our prayers and vigiling continue!

Summary of this past week:

Friday - Two events unfolded. At 3:00 p.m. a reenactment of Christ's way of the Cross was performed outdoors in the park. This is a weekly activity and I hope many of you can make it out in the weeks ahead. Also, on Friday, close to twenty people gathered in Saint Raymond church (Laval) at 7:30 p.m. for an evening of adoration followed by mass. Fellowship in the sacristy followed.

Hope to see many of you at these events