The lenten period ends this coming Saturday. It commemorates the 40 days in which Our Lord spent in the desert, there fasting and praying and undergoing temptations by Satan.

During our own 40-day vigil for the cause of life, many of us turned to Our Lord for solace and identified with his desert experience.

First, how did he endure the weather while in the wilderness of Judea? In Lahaie park of Montreal, the varying climate provided trials. Here are a few pictures of our changing landscape, none of which can convey the biting humidity that frequently accompanied us. (The second and third were taken 24 hours apart.) 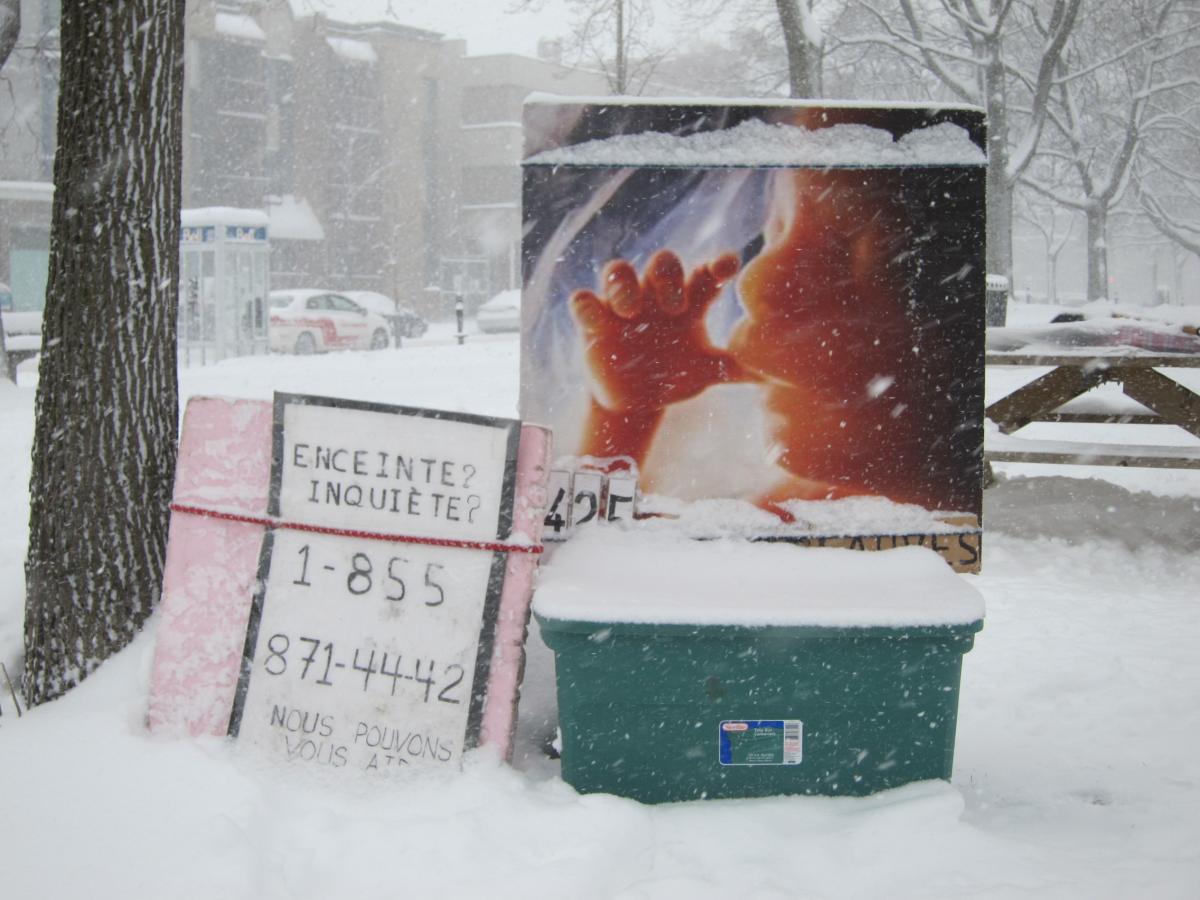 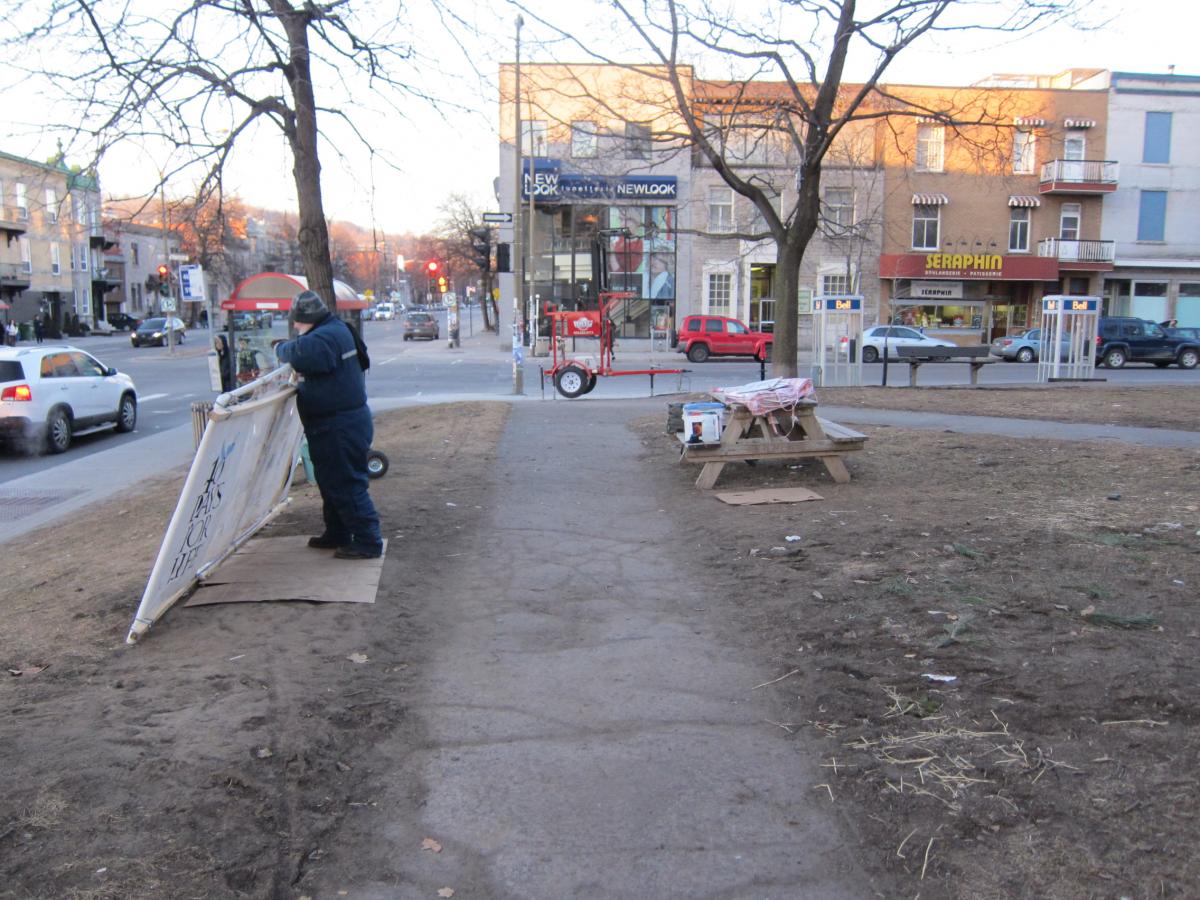 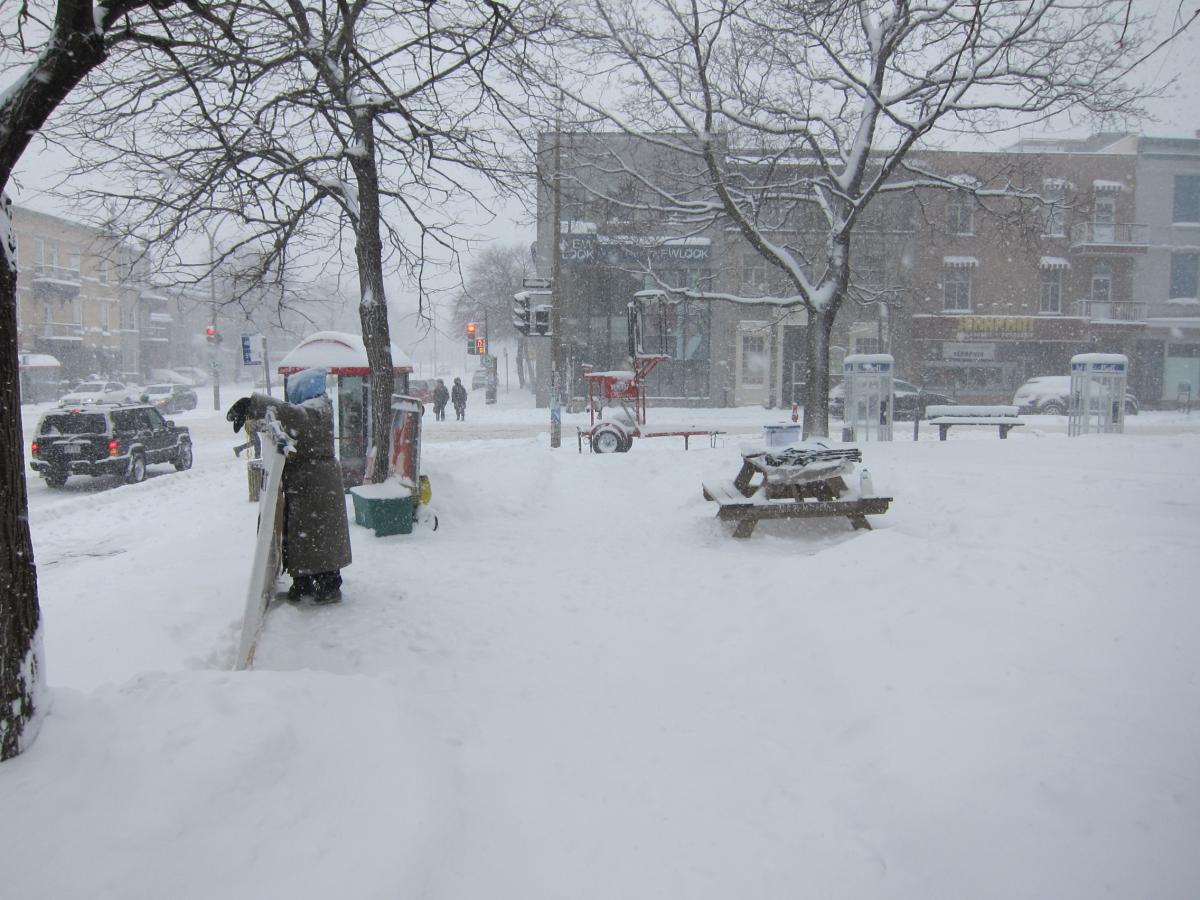 Prayer was an integral part of the vigil. I estimated that over the forty-one day period - including the kick-off mass, over 200 people visited the site, logging an incredible 1900 hours of prayer. Here are a few of those who came out. 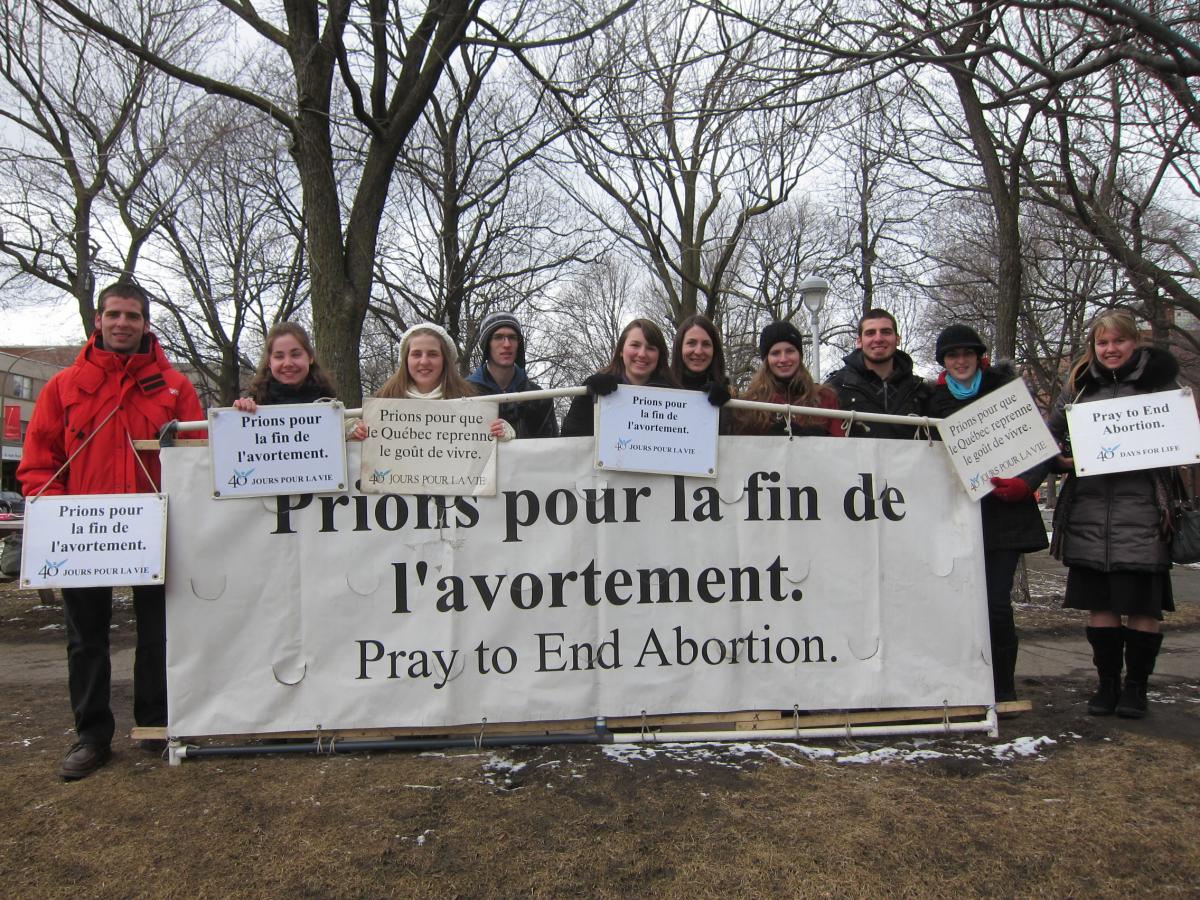 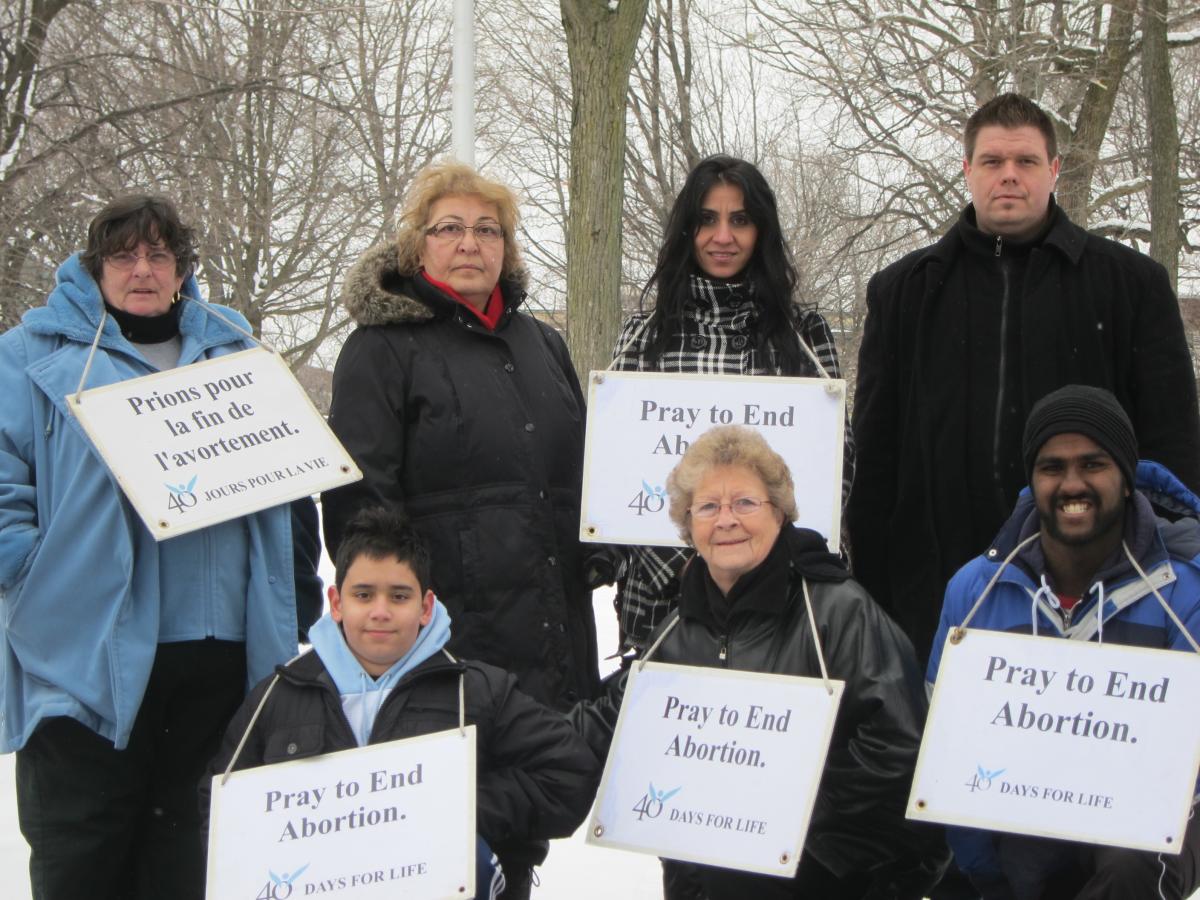 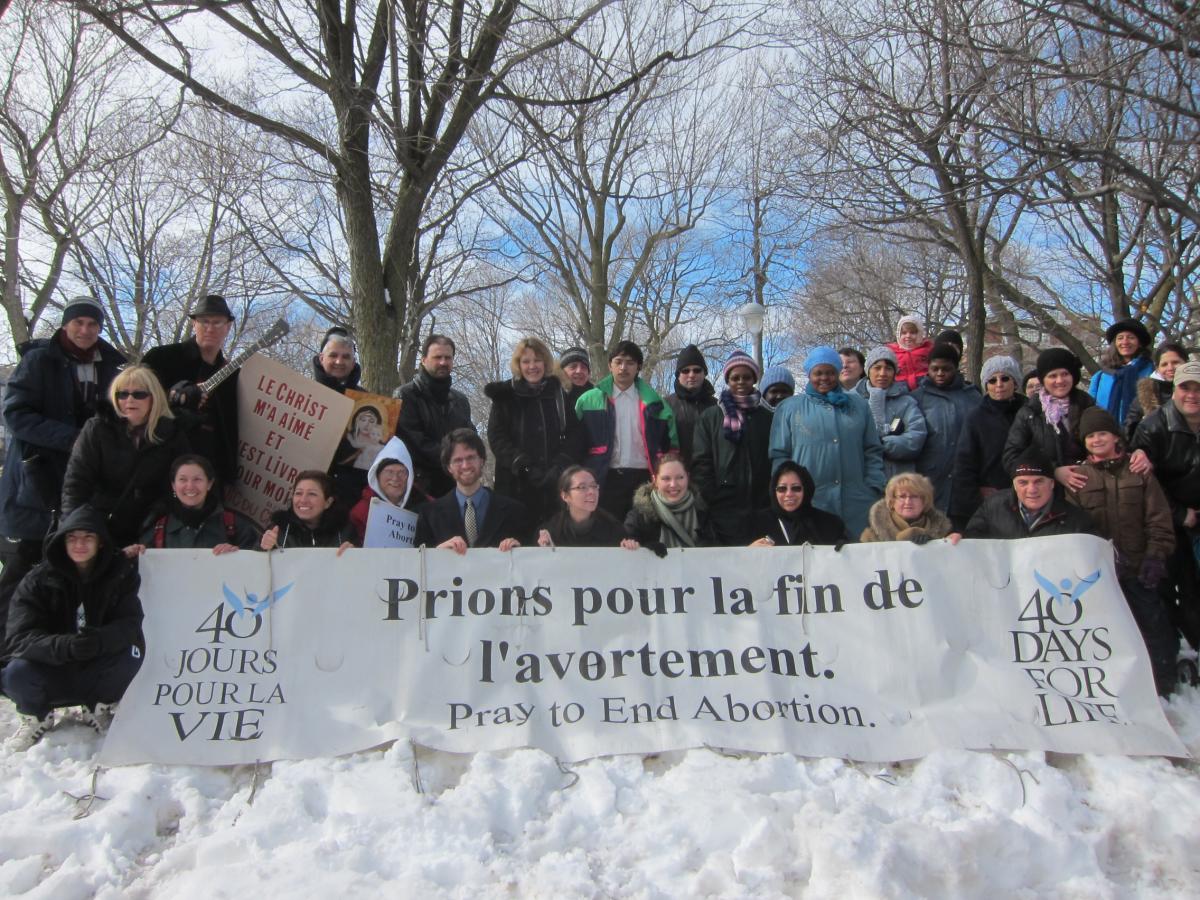 As for the temptations, both in gesture and in word, no day went by without insults hurled at us. Particularly trying were the volleys that did not permit any chance at a rebuttal – e.g., a youth shouting that we should be ashamed of our actions (is it any more shameful that the dismembering done by the abortionist to the defenseless child in his mother's womb?), an elderly woman's rebuke that we are blithely ignorant of the modern woman's experience (Does not our toll-free help line attempt to support the mother in her trial?) , …

Yet, as with our Lord, we sought the live the truth and abide in the truth, and for such, we were amply rewarded. Many motorists gave "thumbs up" gestures as they drove pass us. Also, several groups of teens came forward wanting to understand our position.

The vigil ended this past Sunday and I praise God for these and other blessings and look forward to repeating this exercise this coming October.

Vigil Schedule – Many thanks to all those who participated. There were over 900 separated visits to our vigil location over the 40-day vigil period, amounting to about 1900 hours of prayer time for our 12-hour days.

Number of Saved babies? As of March 30, 659 babies have been saved from the scourge of abortion. That is, of the 261 vigil locations worldwide during this vigil, there has been slightly more than two babies saved per site. And since the vigil began in 2004, over 7300 have been saved. Bravo!

Payer Intentions: Two couples have asked for prayers in their efforts at conceiving a child.