Blessed New Year greetings to you and your loved ones.

As 2017 begins I invite you to join us at achieving the “impossible” – ending abortion in Quebec!

“Humanly impossible,” but not divinely!

Ending abortion is humanly impossible. Impossible because the four parties represented in the National Assembly all favour the destruction of the unborn, innocent child. And the media, the entertainment industry, and the elite are overwhelmingly pro-abortion.

Also, abortion is deeply entrenched in the popular psyche as the numbers reveal. There are about 30 000 surgical abortions yearly in Quebec and as contraceptives (IUDs, the abortion pill, ...) are readily available, countless are the undocumented chemical abortions.

God has intervened in human affairs in numerous and varied ways. Consider the founding of Montreal.

In 1635, outside Paris, France, a man of faith received a vision that God was calling him to found a missionary project in the heart of North America where the name of Jesus Christ could be shared to the indigenous peoples. He pursued this vision, experienced trials, and finally achieved its realization. This is a fine example for us, today.

Jérome Le Royer was born in 1597 in La Flèche, France. He received a religious education, married and raised five children. He had a particular devotion to Saint Joseph, patron of families, and performed works of mercy for the poor, the sick, and the unfortunate.

A devout man, he received inspirations from God. One (in 1630) was to found a community of women religious to care for the sick. Yet on sharing this with his spiritual director was told to forget this project, this “pious chimera.” 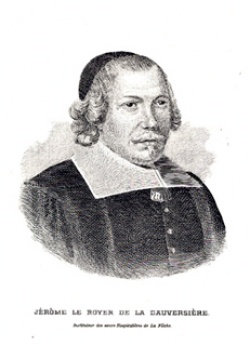 Obedient, Le Royer persevered in faith when a second vision occurred, the founding a centre for evangelization on the island of Montreal. Perplexed, he prayed, sought advice, and again was frustrated, being told that this was an extravagant project, “humanly impossible.”

Obedient he dropped the project and continued in prayer when in February, 1635, during a business trip in Paris, Le Royer visited Notre-Dame church, where at the foot of a statue of the Blessed Virgin Mary, he sees himself before the Holy Family and hears Jesus say to him; “Labour at my works, my grace is sufficient…” On learning this, his spiritual director relented and authorized him to proceed with his inspirations.

Next, with collaborators he began work on founding a community on the island of Montreal. First he bought the island (1640), second he formed a pious organization, Société des Messieurs et Dames de Notre-Dame de Montréal, to fund the project, and third, he recruited the first settlers - commander Paul de Chomedey de Maisonneuve, colonists, artisans, and Jeanne Mance who was charged to found a hospital.

The first colonists arrived on May 17, 1642, founding the community of Ville Marie.

For us in the 21st century, these efforts do not go unnoticed. Faith and obedience to God produce fruit, even of the “humanly impossible” type.

At the Quebec Life Coalition, faith and obedience are no less important and reflected in our efforts to end abortion. As such, fruit has been produced.

Faith and obedience proves the maxim that God is doing for us what we could not do for ourselves.

What moved the visionary that founded Montreal inspires and moves us at the Quebec Life Coalition.

So, as 2017 begins I invite you to join us at acheiving the “impossible” – ending abortion in Quebec!

p.s. As always your financial support helps to defray the our costs. Thanks. 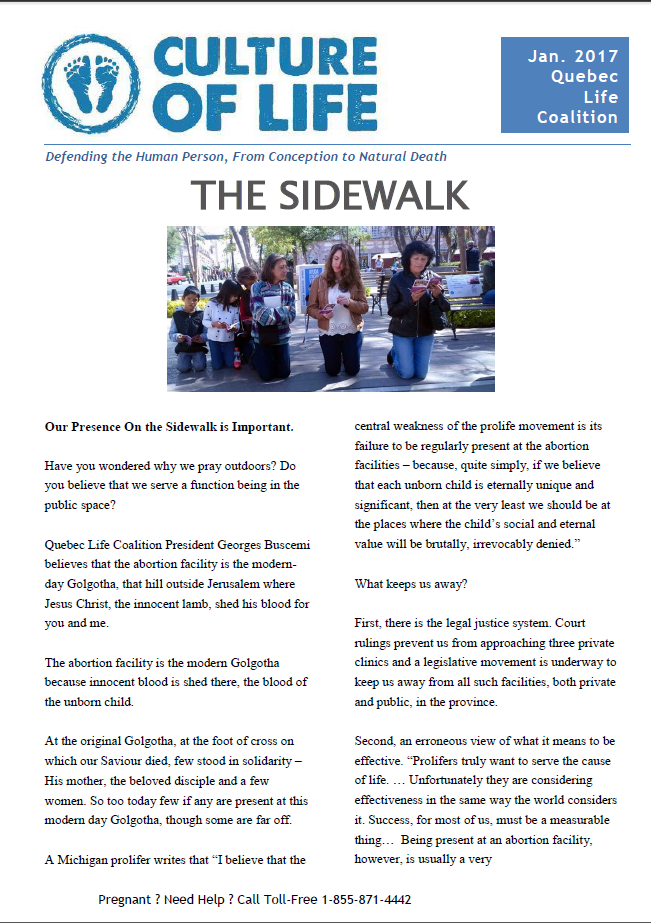