A wonderful day was had by the 50+ Montreal pilgrims who attended the annual March for Life in Ottawa, yesterday.

Motor coach ride from downtown Montreal to Ottawa via Pointe Claire, 10 a.m. Mass at the Notre Dame Cathedral, lunch in the food court at the Rideau Centre, gathering on Parliament Hill, march through the streets of downtowm Ottawa, reconvene on the Hill, return to our bus and ride to Montreal. 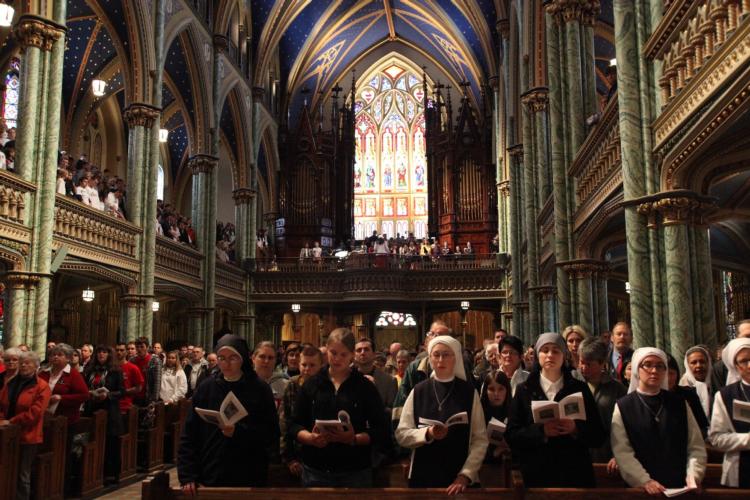 The mass was packed to the rafters. presided by archbishop of Ottawa, Mgr. Terence Prendergast, sj, presided along with seven other bishops, including Montreal's own Christian Lépine, and fifteen or so priests. Many of the faithful stood throughout the service. 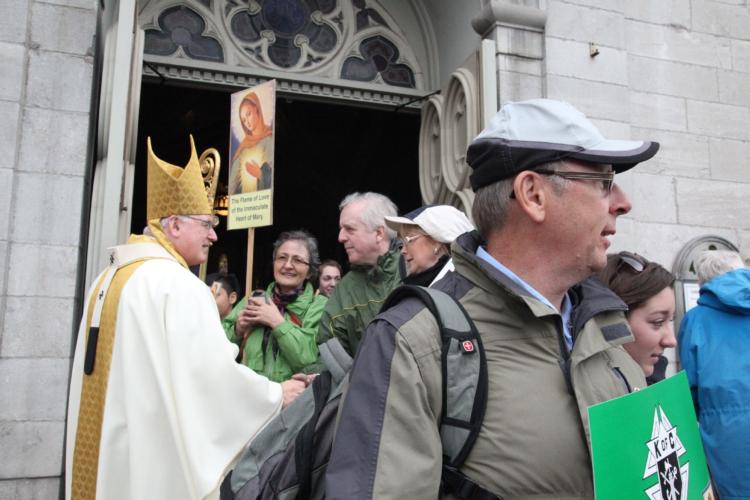 After the celebration, Archbishop Prendergast greeted many of the pilgrims including a few from our own group. In this photo we see with his grace Christine Le Beau, Marc-Albert Bélanger, and Lucille Charette-Morga, who is sporting the white cap. In the fore plan is Mr. Marcel Givoque 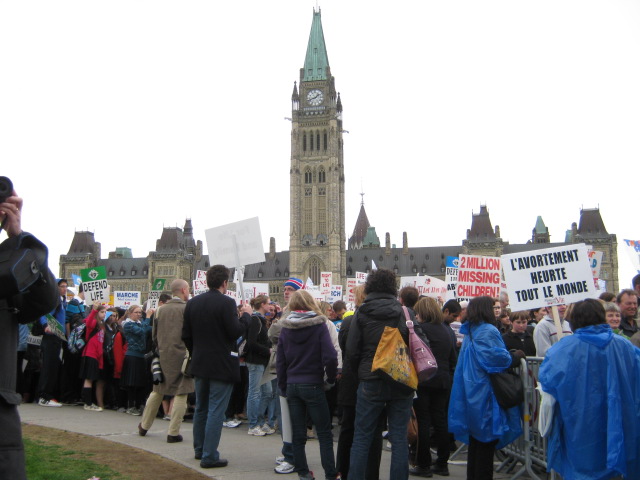 After a lunch break, we walked up Wellington street and entered the grounds of the parliamentary buildings. There we gathered and milled about, listening to the various speakers. 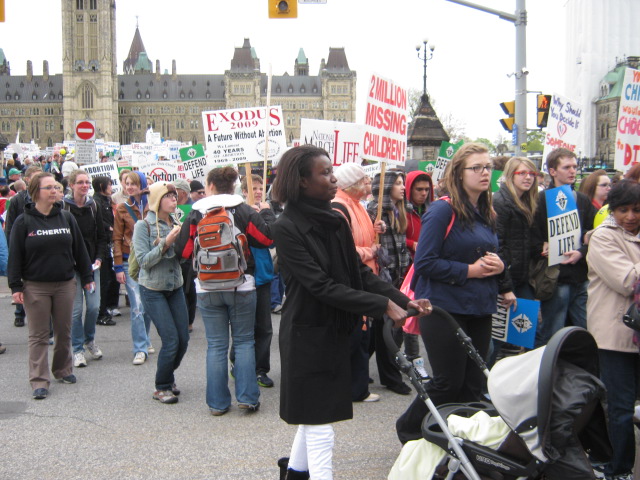 At about 1:30 p.m., the march began. Seen above are the walkers leaving Parliament hill and ... 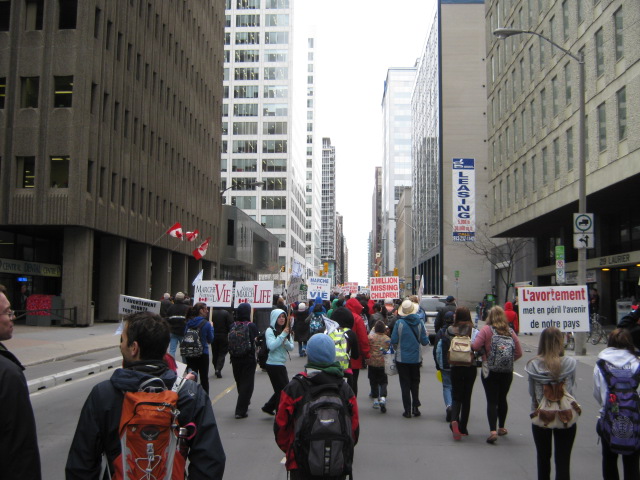 ... then proceeding through the cavernous streets of downtown Ottawa... 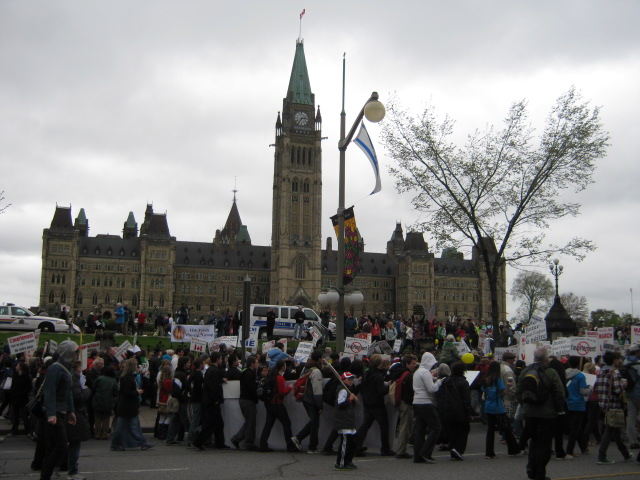 ... returning to their starting point.

The website of Campaign Life Coalition, the march's organizer along with us and LifeSiteNews, states that over 19 500 people came to this year's march. This is 6000 more than last year!

Will you be with us next year?