Metaxas, Bonhoeffer, Abortion and the Shoah

The pro-life movement is blessed to have inspiring leaders. Three are noted in the article reproduced below - the blogger, an author, the subject of the book. Matt Barber, the blogger, provides a book review; the full article, along with its string of comments may be found here. Eric Metaxas is the author; I was privileged to meet him in 2009 at the Socrates in the City speaker series in the Big Apple which he MC's. And Dietrich Bonhoeffer is the German theologian who is a model to many for both his scholarship and his participation to end the German Holocaust. 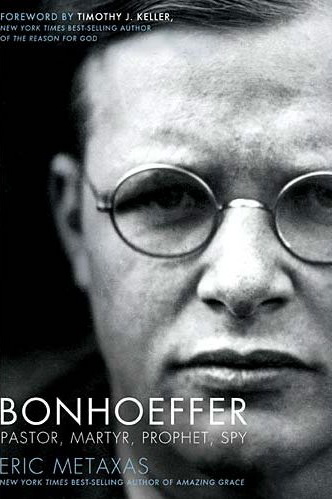 Although Bonhoeffer penned a number of widely read books on theology and Christian apologetics, he is chiefly remembered for his key role in one of several German conspiracies to assassinate Adolf Hitler and overthrow the Nazi regime. For this he was captured and hanged just weeks before the end of World War II.

It seems natural at this point to trek into “must read” book review territory; however, I will resist that temptation. Although “Bonhoeffer” kicked open the door to any number of theological, philosophical and political themes, it struck another cord with me entirely.

As I read of Bonhoeffer’s efforts to thwart the genocidal slaughter of millions of Jews, disabled people and other “enemies of the State,” I could not help but recognize the parallels between the vast holocaust carried out in Nazi Germany just decades ago and the modern-day holocaust ongoing within our own shores.

Whereas the Nazis were responsible for the wholesale murder of more than 6 million Jews, those today who support the practice of abortion homicide are no less complicit in the systematic slaughter of 55-million-and-counting equally precious human beings post Roe v. Wade. The parallels are undeniable and the science unequivocal. Murder is murder whatever stage of development the human victim.

The stark similarities between the two holocausts were lost on neither Dietrich Bonhoeffer nor Eric Metaxas. “Destruction of the embryo in the mother’s womb is a violation of the right to live which God has bestowed upon this nascent life,” wrote Bonhoeffer in “Ethics,” his very last book.

“To raise the question whether we are here concerned already with a human being or not is merely to confuse the issue. The simple fact is that God certainly intended to create a human being and that this nascent human being has been deliberately deprived of his life. And that is nothing but murder,” he concluded.

(To continue reading the rest of the blog, click here.)