Late-Term Abortions and Its Harm 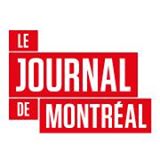 Yet, two important ones were left out. First there was no reference to fetal pain. South of the border we are witnessing, both federally and state-wise, legislation aimed at preventing late-term abortions because scientific studies are showing that the unborn child is capable of feeling pain as early as 20-weeks. Click here for further details.

Second, one article in the Montreal daily's cluster treated at length the stress and the violence to which late-term abortionists are subject to. Yet the article did not report that major anti-abortion groups - Priests for Life and Campaign Life Coalition, condemn any and all uses of violence.

On this point, having participated and led several "40 Days for Life" prayer vigils for the end of abortion here in Montreal, I have witnessed both verbal and physical abuse by persons intolerant of our public display.