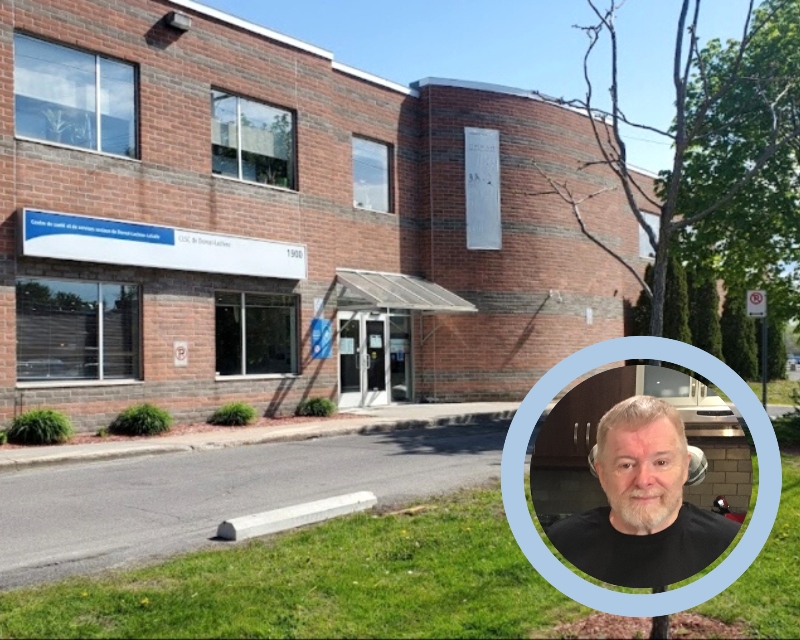 CTV News shares the sad story of a 66-year-old Lachine man who asked his doctor for "medical assistance in dying", or assisted suicide, due to the lack of care from his Local community services centres (CLSC) in the Dorval-Lachine borough.

Jacques Comeau is a retired art therapist who suffers from quadriplegia and uses a wheelchair. His disease is a paralysis that affects more or less all four limbs of the body (arms and legs). It involves the loss of muscular functions and sensations, to a variable degree, of the affected limbs. Despite his condition, Mr. Comeau is an independent and active man in the community. He drives, runs his own errands, volunteers and paints in his spare time, according to the CTV News report.

In addition, until now, Mr. Comeau had access to health care at home that had allowed him to live a full and happy life. Unfortunately, this summer, his local health center (CLSC) underwent changes that have had a serious impact on Comeau's daily life. He needs the assistance of caregivers who come 3 times a week to help him clear his bowel. However, for the past month, Mr. Comeau has been experiencing difficulties with the new caregivers, who are unfamiliar with his body and care for him incorrectly, causing him to have bowel accidents at unexpected times of the day. As a result, he can no longer function as he used to because he is constantly preoccupied with his accidents.

Mr. Comeau's case is obviously serious, but why did he rush to assisted suicide? It is because it is an option available to him. It seems that Mr. Comeau's problems, which have only been going on for a month, could be solved in ways other than by a hasty death. Moreover, if he opts for euthanasia, there may be no change in the health care system in Quebec.

In the same vein, might this man be suffering from depression because of the discomforts he has been experiencing for the past month and which would lead him to this drastic decision? Or could it be that he was influenced by the discussion he had with his doctor? If this is a case of a man who is otherwise active, but chooses assisted suicide, we are witnessing a society that is not solving the core problem: that of having a better health service.

We asked the opinion of a practicing physician in Lachine, Dr. Paul Saba, who is the author of the book "Made to Live". He shares, "The very fact of talking about it (euthanasia) has an influence on the patient, because they see it as an approval from their doctor."

He elaborates, "In my book Made to live, I share the story of a Dutch doctor who asked people if they wanted euthanasia and 90% of the time people answered with a 'yes.' Then he stopped using that word and offered palliative care instead, and people chose that. So it's really what's offered to the patient by the physician that determines what the patient chooses."

"[...] doctors have no business participating in euthanasia or abortion for people, our role is to support them from beginning to end.

Modern medicine has all the tools to relieve pain. For some patients, the problem is having proper home care. They need people who can take care of their special needs.

Euthanasia has unfortunately become a solution to an inadequate health care system and lack of care in general, whether it is home care or hospital care."

Fortunately, engaging the media as Comeau did has generated positive results for his situation. In his radio interview with CJAD 800, he shares that his case was taken seriously and there has been an important call between one of his former therapists and the CLSC supervisor in question who decided to mobilize to take care of his case. We tried to contact Mr. Comeau to find out what happened next, but we were unable to reach him.

It is still upsetting that the health care system is proposing "medical aid in dying" as palliative care. By being an option, it becomes a quick fix for vulnerable people who can still be treated for their problems. For, as Dr. Paul Saba says, "death is not the solution to the lack of health care resources".